Africa’s water bodies have borne the brunt of the plastics predicament, from rivers, lakes, seas and oceans; so much so that lengthy discussions regarding this stumbling block ensued at the recently concluded COP26.

by june njoroge
in Investing
0 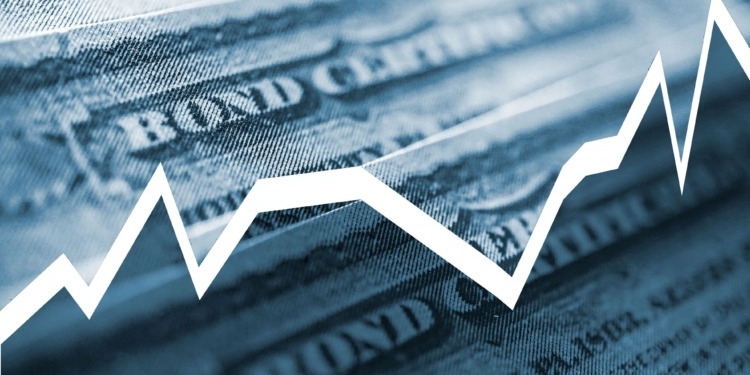 African countries to come together and develop smart solutions that unlock the potential of Africa’s blue economy to promote sustainable development. [Photo/FT]

Beyond the shadow of a doubt, plastic pollution has been an existential quandary for many African countries who hitherto continue to grapple with the calamitous effects birthed by this grave environmental quagmire.

The case of plastics has been largely contributing to global warming on a continent that has already been rendered vulnerable to the detrimental effects of the global climate change crisis, despite its low emissions of greenhouse gases (GHGs) which stand at a paltry 4 per cent.

Africa’s water bodies have borne the brunt of the plastics predicament, from rivers, lakes, seas and oceans; so much so that lengthy discussions regarding this stumbling block ensued at the recently concluded COP26 Summit in Glasgow and feasible solutions debated upon, chief among them being the availability of blue bonds to assist developing countries tackle the issue head-on.

By the same token, the same was addressed at the 76th UN assembly in mid-September where the UN Special Rapporteur on toxic substances and human rights, Marcos Orellana, in his report noted that if the current trends continue, there could be more plastic than fish in the oceans by 2050.

“The only way to respond to the global plastics crisis is to transition towards a chemically-safe circular economy that addresses all stages of the plastics cycle,” he stated.

According to a report released prior to the commencement of the COP26 Summit by the UN Environmental Program (UNEP), plastic pollution leakage into aquatic ecosystems has grown sharply in recent years and is projected to more than double by 2030, with dire consequences for human health, global economy, biodiversity and climate.

Furthermore, it revealed that there is a growing threat in all ecosystems from source to sea and while we have the know-how, we need the political will and urgent action by governments to tackle the mounting crisis. The report will inform discussions at the UN Environment Assembly (UNEA 5.2) in 2022, where countries will come together to decide a way forward for global cooperation.

“This assessment provides the strongest scientific argument to date for the urgency to act and for collective action to protect and restore our oceans from source to sea,” said Inger Andersen, Executive Director of UNEP. During the recently held second edition of the ‘Growing Blue’ International Blue Economy Conference held in Mozambique, Kenya’s President Uhuru Kenyatta who was a Chief Guest urged African countries to come together and develop smart solutions that unlock the potential of Africa’s blue economy to promote sustainable development. Into the bargain, the plastics hurdle was discussed, as a threat to not only the food security of millions but also to the climate. He further urged countries to invest in the blue economy as the new frontier for economic growth.

At the 2021 commemoration of the African Day of Seas and Oceans by the African Union Commission in August in the Republic of Seychelles, plastic pollution was discussed as one of the major threats to Africa’s blue economy coupled with the ineffaceable role played by Africa’s oceans and seas in attaining sustainable development within the framework of Africa’s Agenda 2063 and the 2030 Sustainable Development Goals (SDGs).

Held under the 2015-2025 Decade of African Seas and Oceans, this year’s theme was transforming the challenges of African seas and oceans into opportunities.  The event provided a chance to reflect on opportunities and challenges facing Africa’s resources in its oceans, seas, rivers and lakes and deliberations were made on appropriate policy and institutional responses.

Encapsulated under its first aspiration ‘A prosperous Africa based on inclusive growth and sustainable development,’ Africa’s Agenda 2063 recognizes the massive potential of the blue economy as a catalyst for socio-economic transformation and a tool to combat climate change in cognizance that oceans and seas are key climate regulators that influence global weather systems. Covering 70 per cent of the planet, oceans help mitigate climate change by storing large amounts of carbon dioxide.

According to Greenpeace Africa, Kenya has been among the African countries that have shown commitments towards a plastic-free future and laud the country for the gains made hitherto, as the country marks its fourth anniversary of the plastics ban.

Many other African countries have followed Kenya’s footprint, by enacting regulations that limit the production and use of single-use plastic bags in their regions. As part of the US-Kenya Free Trade Agreement, the country also declined the proposition of recycling investments by the American Chemistry Council (ACC), on condition that the country accepted US plastic which is about 500 million tonnes of plastic waste exports from the US per year.

In 2017, UNEP launched a campaign called the Clean Seas campaign with the chief goal of galvanizing a global movement to turn the tide on plastic by reducing the use of unnecessary, avoidable and problematic plastics including single-use plastics and phasing out intentionally added microplastics.

Since then, 63 countries have pledged to do their part to improve plastics management through, among other measures, reducing the prevalence of single-use plastic products. The campaign will now highlight sources to sea issues and solutions and call for urgent global action. Business solutions for a healthy ocean are essential to meeting the goals of the Paris Agreement, which aims to limit global temperature rise to well below 2 degrees as compared with pre-industrial times.

The dire state of most African water bodies undoubtedly beckons for blue bond financing to assist in restoring them to their former state for future posterity. Albeit still in its nascent stages, the blue bond market is quickly taking root in the continent largely driven by the spate of natural disasters, calling for an urgent integrated approach of both the green and blue economies to tackle the crisis.

With the popularity surrounding green bonds, many remain at sea as to what exactly blue bonds are and how they can benefit the continent.

A blue bond is a relatively new form of a sustainability bond, which is a debt instrument that is issued to support investments in healthy oceans and blue economies, wherein earnings are generated from the investments in sustainable blue economy projects.

According to IDB Invest, blue bonds can raise capital for projects and companies seeking to have a direct impact on the ocean and water-related issues while advancing in social inclusion, economic growth, environmental protection, and the broader 2030 agenda.

The World Bank is the biggest multilateral funder for ocean and water projects in developing countries and is committed to working with investors to highlight the critical need to support the sustainable use of ocean and marine resources which inarguably includes better waste management.

The Republic of Seychelles launched the world’s first sovereign blue bond in 2018 to help finance the island nation’s transition to sustainable fishing and the protection of marine resources. The blue bond, which was part of an initiative that combined public and private investment to mobilize resources for empowering local communities and businesses raised US$15 million from international investors and has been greatly assisting Seychelles in  safeguarding its oceans whilst sustainably developing its blue economy.

How Will Africa benefit from the Blue Economy Transition?

Africa stands to gain a myriad of benefits from its transition to a blue economy and consequently from acquiring blue bonds to clean up its waters from industrial pollution. Africa has a total of 38 coastal countries and six islands whose maritime industry is estimated to be worth US$1 trillion per year.

As the blue economy adoption continues to take root, this figure will increase as the countries will develop their offshore hydrocarbon, energy, tourism, maritime transport, fishing and shipping sectors.

Expanding the sustainable ocean economy will also provide food for the rapidly growing African population and foster low-carbon transport. By the same token, the blue bonds acquired under the blue economy shift can help reduce poverty in the continent, enhance food and energy security, create employment, boost economic growth and exports, promote ocean health and the sustainable use of ocean resources.

Presently, well over one million people are employed in fisheries alone, the largest of the African blue economy sectors, providing food security for over 200 million people and generating value addition estimated at more than $24billion, an equivalence of 1.26 per cent of the GDP of all African countries.

However, blue bonds can only aid the continent if the funds once acquired are not diverted to other courses or siphoned off by corrupt officials.

To sum up, they hold immense potential for the socio-economic growth and development of the continent which needs to be urgently harnessed, in tandem saving our oceans and marine resources.