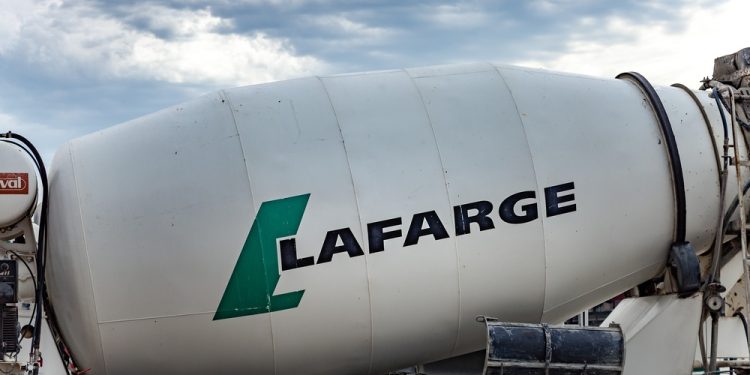 Chinese companies are leaving behind an economic footprint with a presence in most countries across the African continent.

The Asian economic giant serves as the continent’s biggest trading partner, bilateral lender, and holder of about 21 per cent of Africa’s debt.

A Zimbabwean resource company, Fossil Mines (Pvt) Ltd acquired a controlling stake in Lafarge Cement Zimbabwe Limited.  It was previously owned by Associated International Cement Limited, a member of the Swiss-headquartered, Holcim group in the latest sell-off of the cement giant’s assets which is part of its global consolidation strategy.

Lafarge confirmed the development in an update to investors.

“Further to the cautionary announcement dated 31 May 2022, shareholders and members of the investing public are advised that Associated International Cement Limited, a member of the Holcim Group, has entered into a binding agreement for the sale of its 76, 45 per cent stake in Lafarge Cement Zimbabwe Limited to Fossil Mines (Private) Limited.

“The transaction, if successfully concluded, may have a material effect on the Company’s securities. Accordingly, shareholders and members of the investing public are advised to exercise caution when dealing in the company’s securities until a full announcement is made.”

Fossil Mines is reportedly owned by Obey Chimuka, according to 263Chat Business.

According to a publication by New Zimbabwe dated June 7, 2022, the disposal of Holcim’s Zimbabwean shareholding follows prior disposals of Holcim shareholding in the Northern Ireland, Zambian and Malawian markets amid plans that the group is in the process of disposing of its Indian cement business. The firm told Bloomberg that they are constantly evaluating possibilities to align their portfolio with a vision to open new growth opportunities.

On January 25, 2022, the group announced the intention to dispose of its 76.45 per cent shareholding in LACZ as part of its strategy to divest from the cement manufacturing business before inviting interested bidders to submit their expressions of interest to its Financial Advisors, ABSA Corporate and Investment Banking in South Africa.

According to reports, Fossil engaged local Financial Advisors, and Commercial Attorneys to act on its behalf on the bid as well as Cliff, Decker, and Hofmeyer of South Africa to act as its Transaction Advisory Team.

“As part of evaluating the bids, Holcim invited the bidders to South Africa for negotiations. The final round of negotiations between Holcim and Fossil took place in South Africa from May 28, 2022, to May 30, 2022, wherein Fossil’s offer to acquire 76.45 per cent of Lafarge Zimbabwe was accepted,” the documents said.

However, the transaction is still pending due to further due diligence of the asset and regulatory approvals.

“Should Fossil takeover Lafarge, the planned strategy is to maintain Lafarge as a listed business and also recapitalize Lafarge leading to an increase in the cement output from the plant.

“Currently, 40 per cent of Zimbabwe’s cement requirements are imported, an opportunity that Fossil wants to capitalize on by providing the market with readily available cement,” added the documents.

Chinese investor, Huaxin Cement lost the bid to the local firm. Huaxin bought 75 per cent of Lafarge Zambia for US$150 million and gobbled US$10 million to purchase Pan African Cement from Lafarge Malawi late last year. In 2020 the company bought Tanzania’s Marvini Limestone for US$145 million.

China is working hard to shape public opinion in Africa, but the road symbolizes a shift in a key China-Africa relationship.

According to an article by The Standard dated June 12, 2022, an influx in Chinese investments has been contributing to increasing formal employment and setting up infrastructure, critics believe that it has not been enough compared to the profits they are making.

“In our mines, refinery plants, and also transportation companies we have employed hundreds of local people, we strive to protect the environment and also conduct our corporate social responsibilities (CSR) just as we do in China,” Labenmon Investments manager Tang Jun told journalists last week.

In a related article published on June 26, 2022, by The Standard, several companies from China, especially in the mining sector, have in the past been exposed for underpaying or ill-treating their employees.

Chamber of Chinese Enterprises in Zimbabwe secretary-general Li Wenjie said their organization did not support unethical conduct by its members and revealed that investigations were underway to expose those flouting local laws.

Prince Mpunzi, the Solidarity Mine Workers’ Union of Zimbabwe secretary-general, said complaints of labour rights abuses at some Chinese-owned mines were genuine and must be addressed.

“As a trade union, we don’t just bring some stories from nowhere,” Mpunzi said.

“We speak about things we see on the ground. We go on the ground and we hear the grievances from the employees.

“In Hwange, there is a Chinese-owned mine where employees are underpaid and are being forced to sign contracts with no figures of what they are going to earn and after they have signed, the employer will come and say now you are earning $58 000 instead of $93 000 as per the National Employment Council.

“The United States dollar is not even included, which is an unfair labour practice.”

Webby Kyaiwa, 24-year-old, lost his two fingers at a Chinese copper mine where he was employed as a casual worker.

“It happened when we were lifting rocks underground. The gentleman who was operating the machine pulled it without alerting us,” said Kyaiwa as he recounted his ordeal.

His employer-assisted him to get treatment at the nearby Mukinge Mission Hospital. But he lost his job soon after he was discharged from the hospital when his short-term contract expired.

As highlighted in an article by Newsday on June 12, 2022, Kyaiwa’s tragic story was uncovered through a month-long investigation by MakanDay with support from the Information Development Trust (IDT), a non-profit organization supporting journalists to probe corruption and bad governance in Southern Africa, into alleged rampant abuse of workers by Chinese-owned small scale copper miners in northwestern Zambia. 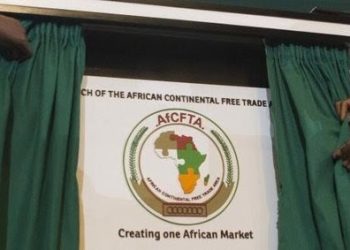 Zimbabwe's readmission into the Commonwealth flops