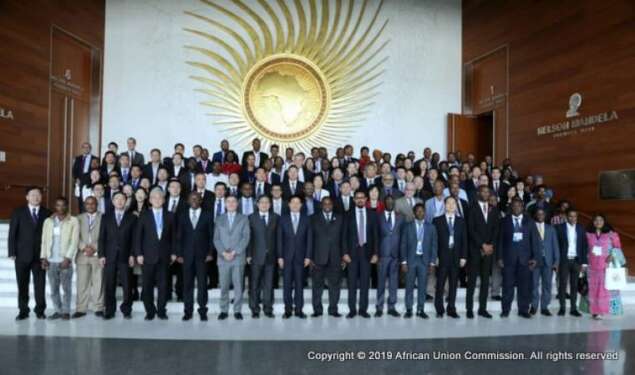 by Evelyn Shumba
in Africa's Development, Investing
0
Share on FacebookShare on LinkedIn

Globalization has encouraged open trade between continents. In a bid to gain economic dominance, the top industrialist nations have engaged in sometimes aggressive foreign policies to secure natural resources to support their growing industries. Although this is not entirely negative, there needs to be an objective analysis of whether such relations are mutually beneficial, or one party is left prejudiced while the other has gained.

One such relationship that has garnered controversy over the past few decades is the China-Africa affiliation. This article will analyze relations between China and Africa in the context of the political, economic, and ecological environments.

Africa enjoys the second largest Chinese investment, after Asia. The predominant reason for this being that Africa is endowed with an abundance of natural resources and China is eager to benefit from these resources in its pursuit of economic dominance. The main interests that China has in its African foreign policy are the following:

Many African countries have adopted a ‘look East’ policy that has seen them move away from looking to maintain relations with the Western countries (the majority of which are their former colonial powers), whilst promoting deals with the eastern bloc. The various African leaders have been encouraged to associate with China for the following reasons:

Impact on the political environment

Both Africa and China seek political recognition and legitimacy through their relationship. For Africa, having long endured the patronizing attitude of the developed countries, China provides some relief with both parties having agreed to mutual respect and fairness in their dealings. For China, the relations would be a good way to promote their ideologies of political and economic development in developing countries. With the recent trade wars between China and the U.S.A, the Sino-Africa relations could be a challenge to the developed countries, where developing territories have a bigger voice and more power through a unified front.

Influence on both economies

As previously highlighted, China’s economic concerns on the African continent are motivated by a need for raw materials and a market for their products. Africa is rich in oil, cotton, diamonds, and other basal metals, making it a suitable investment partner for any country. Africa on the other hand benefits from new technologies, infrastructural investment, trade, and aid in its dealings with China.

However, there has been criticism of this aspect, with the common idea that China enjoys more benefits than Africa in their economic endeavors. Of concern, China has been accused of signing deals that take advantage of the less powerful African governments and encourage corrupt dealings. At times, there has been no accountability as to the Chinese benefitting from the mineral resources, with accusations of tax evasion and unrecorded export of mineral resources from the African continent. Another area of concern is on the labor front, where Chinese nationals have been accused of poor labor conditions and even job displacement.

Some of the major environmental challenges faced by Africa to date are the following:

In its journey to industrialization, China has caused a lot of ecological destruction in its territory and in other regions where they conduct business from. Within its territory, China has high levels of air pollution and is one of the leading emitters of carbon. In a bid to reduce or even stop global warming, most countries in the world are in a fight to lower carbon emissions and reduce global warming.

There is a school of thought that follows the notion that foreign investment and trade come with a price for the home country. This is because the investing country will likely move its pollution-intensive operations to the developing countries with its prime concern being economic growth to the detriment of the environment.

Mineral extraction also comes with environmental challenges if measures are not put in place to mitigate this. If the rate of extraction is too high, this will lead to problems of deforestation and desertification. China has been blamed for looking to economic accrual to the detriment of the environment and its inhabitants in its mining activities. Africa has a long history of plunder, and the Sino-Africa relations may be another way in which the continent will lose a great chunk of its mineral resources for minimal gain.

Looking at the other side of the coin, Chinese investment in Africa may be beneficial for the environment through the transfer of new and innovative technologies and best management practices. Chinese development of renewable energy and low-carbon projects may be just what Africa needs in reducing its environmental footprint. One such technology is the use of solar power. Most African rural homes use firewood as their primary fuel for cooking and heating. This leads to deforestation, desertification as well as an increase in carbon emissions into the atmosphere. Through some of its projects, China has introduced the use of solar energy, which is renewable energy that also has no carbon emissions.

The effects of foreign investment, trade, and relations largely depend on the domestic policies and practices of the investing nation and the attitude and policies of the recipient country.

Although the Sino-Africa relations may prove beneficial for both the investor and the recipient, there needs to be more caution on the part of the African leaders in the signing of agreements between the parties. As it stands, Africa is generally lax concerning ecological protection. Africa needs to put in place policies that act as a watchdog to investors to avoid ecological exploitation that will result in the continent battling with the problems currently faced by most developing countries.

On the economic front, African leaders ought to avoid falling prey to seemingly lucrative deals that do not have significant financial bearings on their economies. There must be due diligence and accountability concerning the business contracts signed so that money does not fall into the hands of the few elite government officials to the detriment of the country. The Chinese government is also discouraged from assuming a ‘no strings attached’ attitude to business dealings with African governments as this will lead to corrupt agreements that do not benefit the continent.