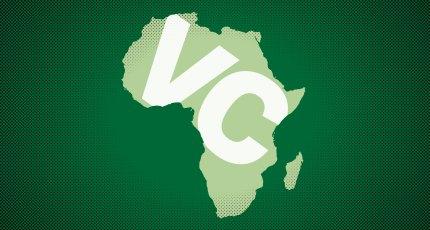 Investing in Africa: Private Equity and Venture Capital in Africa

Africa is one of the world’s fastest-growing economies with the continent expected to be home to nearly 1.7 billion people by 2030 and have a combined business and consumer spending of $6.7 trillion according to the Brookings Institute.

This potential in the economy has made Africa attractive for investors seeking high growth businesses with long-term impact. Because of this, Venture Capital (VC) and Private Equity (PE) have emerged as important drivers for directing capital into these businesses hence stimulating capacity building and economic growth across Africa.

According to a report from the African Private Equity and Venture Capital Association (AVCA), African companies which are backed by PE and VC firms are among the most innovative and pioneering firms in the world and attract more international and local investments.

According to the report, despite the effect of the pandemic on businesses, many businesses backed by the PE and VC firms especially those in essential sectors are likely to emerge more resilient and productive after the pandemic. The report noted that their success will be because they provide solutions to the pressing needs of consumers in Africa and have models in place to survive crises while solving structural problems.

The Development Finance Institutions (DFIs) which had the mandate of investing in private-sector business in developing countries with the purpose of creating jobs, driving economic growth and promoting business-friendly ecosystems initiated Africa’s Private equity industry.

Key Development Finance Institutions (DFIs) which are among the largest investors in African focused PE funds include the World Bank’s International Finance Corporation (IFC), the European Investment Bank, the African Development Bank, the UK’s CDC Group among others.

The continent raised $18.7 billion in PE between 2014 and 2019 and due to first time contributions from several US and European institutions, the figure increased in 2015 to $4.5 billion. In 2017 PE fundraising fell to $2.4 billion and $2.7 billion in 2018 as some of Africa’s largest economies experienced falling commodity prices and currency volatility which dampened prospects in these economies.

In 2019 however, the figure rose to $3.8 billion as oil prices started recovering and with the increase in agricultural exports. Between 2014 and 2019 Africa had a total value of 1,053 PE deals worth $25.4 billion. PE fund investments were in sectors such as consumer-driven industries, real estate, IT, infrastructure and renewable energy.

Distribution of PE deals in Africa in 2020

The most active sectors were Financials, Information Technology and Consumer Discretionary which attracted 49 per cent of deals by volume, with technology-enabled companies representing 51 per cent of the investments. The Health Care sector accounted for the largest share of PE deals by value 24 per cent.

Out of the 49 per cent of the total number of deals reported in 2020 H1 in Africa were early-stage; Information Technology was the most active sector in the early-stage deals, while Financials sectors followed with most of the early-stage deals in the sector being mobile-enabled banking and financial services.

Regional distribution PE deals in Africa between 2014 and 2019

Between 2014 and 2019 West Africa became an attractive destination for investment which was a shift from Southern Africa which received most of the early investments.

According to a report published last year dubbed “African Private Equity Industry Survey” by AVCA, 88 per cent of the limited partners that participated in the survey pointed out that West Africa is the most attractive region for investments over the next three years while 89 per cent of general partners identified East Africa and Kenya in particular as the country with the most potential for investments over the same period.

According to the AVCA report, West Africa which is home to the two world’s fastest-growing economies that is Ghana and Côte d’Ivoire was one of the top regions for PE investments in Africa with 274 deals worth $10.2 billion.

“VC activity in Africa is booming, and the Covid-19 pandemic provided young Africans with an impetus to develop projects, many of which have already turned into success stories. We can help entrepreneurs access the funding they need to start and grow their innovative business, as well as connect them with partners, suppliers and potential customers.”Ziad Oueslati , managing director and co-founding partner at investment and financial services firm AfricInvest.