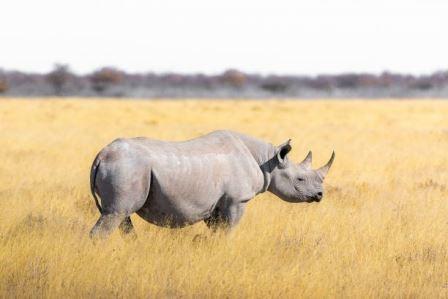 A white rhino in Kenya

Extreme weather patterns have perturbed the ecosystems creating an imbalance enough to push some species to extinction.

Three events have happened to cement Kenya as the centre for conservation. First, a project to maintain the legacy of the last white rhino in the world received a boost after the country announced the successful fertilization and creation of new embryos from the original bull.

This research was conducted by Kenya Wildlife Services, OlPajeta Conservancy both based in Kenya, Berlin-based Leibniz Institute for Zoo and Wildlife Research (Leibniz-IZW), Italian institute Avantea, and DvůrKrálové Zoo based in the Czech Republic.

Read: Saving the Serengeti: Humans or Wildlife – Who Comes First?

Scientists and conservationists predict to have more embryos ready for eventual breeding and repopulation in the near future. This was a series of cutting-edge research and trials that brought Kenya again on the global conservation map as well as in animal research.

The second event, though with a sad ending, was the discovery of a Finnish bird, an Osprey that endured a gruesome 7,000-kilometer flight from Finland to Kenya’s Lake Victoria region. The bird, though migratory in nature surprised many who saw the ring it had acquired a few months earlier from the Museum Zoo in Helsinki.

Kenya Wildlife Services worked with its local vets to treat the fatigued bird but could not save it, losing the battle along the way. This also captured several global headlines.

The last incident involved one of the largest and oldest elephant bulls in Kenya. Big Tim, as he was known, was one of Africa’s last remaining giant “tusker” elephants who died aged 50 and was quickly embalmed at the National Museums of Kenya.

Big Tim had long and well-defined tusks with experts estimating that he was in the league of one of the few remaining elephants in Africa, the rest decimated by poachers. Poaching has seen the population of African elephants plunge by 110,000 over the past 10 years to just 415,000 animals, according to the International Union for Conservation of Nature (IUCN).

While the headlines have raised the status of Kenya as a conservation hub, there has been a crisis brewing in the sector. Key among these challenges include conflicts between humans and wildlife, poaching and land rights issues which have made many conservationists shy away from investing in the field.

In 2019, there was a violent wave of conflict pitting both the Maasai and Samburu warriors on one side and ranch owners mainly in Laikipia and Samburu counties. Laikipia County is known for its big, open ranches like the Solio, Laikipia, OlPejeta, Borana, and Oljogi.

This conflict, though some argued was instigated politically, led to herders invading private ranches with their animals amidst a devastating drought that had affected the region. Several of the herders were shot dead by the police while several ranch owners including world-renowned conservationist and writer of I Dreamed of Africa, Kuki Gallmann were shot and wounded by invaders.

Read: Trade in African wildlife at center of global zoonotic diseases like Coronavirus

Also affecting the conservation trade in Kenya is the human-wildlife conflict. This has cost the Kenyan government KSh1.2 billion ($120 million) in the last five years alone and the figure is set to shoot upwards even further going forward.

In the period under review, KSh569 million ($5.69 million) was used to pay off 163 families whose kin were killed by wildlife in various parts of the country.

Conservation efforts in Kenya have also been affected by waves happening away from its borders. For example, last year, China announced that it was reversing the ban on the trade in rhino and tiger bones as well as rhino horns. China lifted the ban that has been in place for 25 years barring animal parts from being used in medical research and healing. Kenya has a population of about 750 black rhinos; opening this market will further put these animals at risk.

However, China has banned the sale of ivory and has been working with African countries to reverse the effects of the ivory trade and deter contraband business. Yet, the demand for ivory remains high in underground markets across Asia.

The last challenge facing conservation in the East African region is the changing climate. With extreme weather patterns, this has perturbed the ecosystems creating an imbalance enough to push some species to extinction. Equally, the change in climate has introduced some aggressive invasive species that have pushed wildlife and plants to the edge.

However, Kenya has placed an important effort to ensure that investments can be made in wildlife conservation. The Wildlife Management Act empowers the Director, KWS to develop or authorize private sector investors to develop facilities and infrastructure within the parks to facilitate tourism activities and secure financial returns from the protected areas.

The sector nonetheless remains slow in raising solid capital for investments with most conservation entities relying on donations. However, a new model of business is coming up with consulting agencies raising capital and equity for the acquisition of conservancies, ranches and infrastructure to support a formidable business model.

Such an entity is Conservation Capital, which has been helping ranchers in Africa raise capital in the last two decades.

For example, Conservation Capital negotiated a long-term lease over a 61,000-acre cattle ranch that was rebranded as the Loisaba Wilderness. This raised US$1.2 million of debt and equity to acquire the existing 1,200-head livestock herd and develop a 14-bed lodge, creating an asset-based which was extended over time to include four other tourism facilities —collectively a further 30 beds, including one facility operated as a joint venture with a neighbouring local community.

The team also led the acquisition of OlPajeta’s 95,000-acre commercial livestock operation from Lonrho plc and its subsequent redevelopment into a formal wildlife conservancy within a pioneering hybrid for-profit and not-for-profit corporate structure. The Ol Pejeta Conservancy is considered a model modern wildlife conservancy and is widely used as an international reference for other conservancy development initiatives. It generates revenues of more than US$6 million per annum and welcomes more than 60,000 tourist visitors a year. 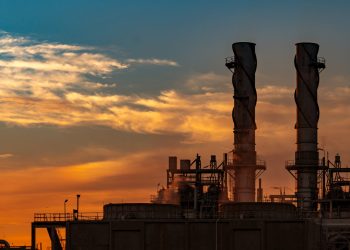