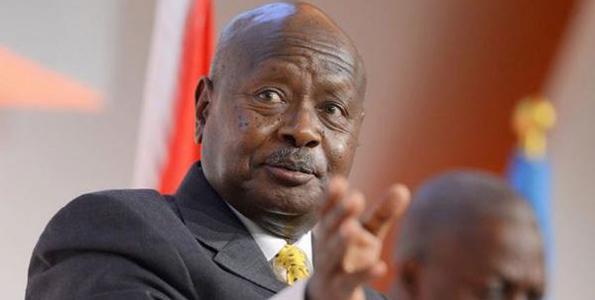 The funding pledge is part of a $419 million UK Aid package for the 21 countries invited to the investment Summit.

President Yoweri Museveni got assurance on Uganda’s beef exports to Britain and a commitment of $19.6 million funding at the UK-Africa Investment Summit.

The funding pledge is part of a $419 million UK Aid package for the 21 countries invited to the investment Summit.

The funding is intended to start a new phase of financial sector development (FSD) across Africa, to increase the existing financial sector programmes, set up and scale up new FSDs in high priority markets, including Ethiopia, Sierra Leone, Ghana and the West African Monetary Union.

The State House of Uganda said that President Museveni held a bilateral meeting at the sidelines of the summit with UK Prime Minister Boris Johnson.

President Museveni asked UK’s prime minister to encourage more British firms to invest in Uganda, saying that the country has vast investment opportunities in the areas of beef, dairy and crop production.

Uganda’s president was also seeking trade and investments in other areas, including manufacturing, , services, ICT and tourism arguing that the supporting infrastructure, like electricity, skilled, affordable labour, good roads and friendly tariffs were in place.

Early this year, Uganda launched a $200 million project to develop critical infrastructure in the Kampala Industrial Park. The project launch was attended by Andrew Stephenson, UK Minister for Africa

The Kampala Industrial Park is financed by UK Export Finance and will be jointly undertaken by UK firm Lagan Dott and Uganda’s Dott Services.

At the Summit, Mr Sharma announced the establishment of a project development facility that aims to get private sector money into infrastructure development.

The UK government said Uganda is one of five African countries, including Ghana,  Kenya, Egypt and Ethiopia, where this project has already embarked on partnerships that will make money for private sector investment in transport, energy and telecommunications.

Dominic Dudley of Quartz Africa, an Investment analyst said the UK is looking for new allies for trade and investment before it exits from the European Union.

Uganda is eyeing part of the £2 billion that the Commonwealth Development Corporation (CDC) Group announced it will invest in Africa by 2022.