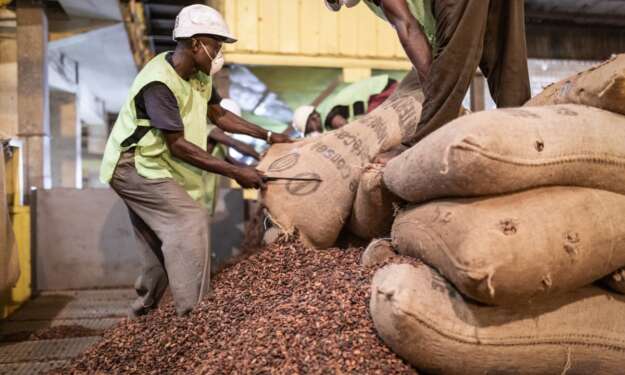 The country's economic freedom score is 61.7, making its economy the 91st freest in the 2021 Index

Are you thinking of investing in Africa, Côte d’Ivoire to be specific?

Well, the best time to invest in Africa is now. However, foreign investors have not moved into the continent as quickly as expected because foreign investment decisions are often methodically overstructured. One of the major factors cited is too much risk.

Africa is the most profitable region in the world. A report by the UN Conference on Trade and Development states that between 2006 and 2011, Africa had the highest rate of return on inflows of Foreign Direct Investment: 11.4%.  This is compared to 9.1% in Asia, 8.9% in Latin America and the Caribbean. The global figure is 7.1%.

Investing in Africa is good business and a sustainable corporate strategy for foreign investors. Advanced and emerging countries’ governments and the private sector should leverage these profitable, emerging investment opportunities.

Africa’s economic growth prospects are among the world’s brightest. Six of the world’s 12 fastest-growing countries are in Africa.

Between 2018 and 2023, Africa’s growth prospects will be among the highest in the world, according to the IMF.

Sectors where foreign companies could have a comparative advantage, such as banking, telecommunications and infrastructure, are among the drivers of current economic growth in Africa—creating clear investment opportunities for foreign businesses.

The country’s economic freedom score is 61.7, making its economy the 91st freest in the 2021 Index.

Its overall score has increased by 2.0 points, primarily because of an improvement in fiscal health. Côte d’Ivoire is ranked 7th among 47 countries in the Sub-Saharan Africa region, and its overall score is above the regional and world averages.

According to reports, Côte d’Ivoire’s economy returned to the ranks of the moderately free where it had been for four of the preceding five years. To succeed, these reforms must be accompanied by reduced corruption and reforms in the judicial system.

As of December 1, 2020, 132 deaths had been attributed to the pandemic in Côte d’Ivoire, and economic growth was forecast to decline to 1.8 per cent for the year.

However, prosperity did not prevent political turmoil.

The North–South civil war ended in 2007, but the U.N. and France had to intervene three years later to ensure that the internationally recognized winner of the 2010 election, Alassane Ouattara, was able to take office.

After his hand-picked successor died in July 2020, Ouattara announced that he would seek a third term, which he won with 95 per cent of the vote in an election marred by violence.

Reports indicate that the right to own and transfer private property is guaranteed, but laws regarding rural land tenure make it prohibitively difficult to do so. Contracts are enforced.

As much as the judiciary is ostensibly independent, judges can be subject to political or financial influence and sometimes fail to base decisions on legal or contractual merits.

Corruption in many forms is deeply ingrained in both the public and private sectors.

The top individual income tax rate is 36 per cent, and the top corporate tax rate is 25 per cent. The overall tax burden equals 17.9 per cent of total domestic income.

The cost of obtaining electricity has increased, and the recovery rate when resolving insolvency has declined slightly.

Child labor is still a problem, and 85 per cent of Côte d’Ivoire’s workers are employed informally. The government funds numerous agricultural subsidies and maintains price controls in the gas, power, and water sectors.

Côte d’Ivoire has three preferential trade agreements in force. The trade-weighted average tariff rate is 8.1 per cent, and 15 nontariff measures are in effect.

In most sectors, there are no laws that limit foreign investment. The number of bank branches has more than doubled to approximately 700 over the past decade.

Credit allocation is based on market terms and has increased to support the private sector and economic development.

The UN Development Programme (UNDP) is working with African governments and private sector actors to de-risk and improve the continent’s investment climate.

Developing industrial strategies and clusters, promoting special economic zones, improving energy access, facilitating innovative funding, advocating for value chain development across countries and supporting investment promotion through the International Conference on the Emergence of Africa are some of UNDP’s efforts.