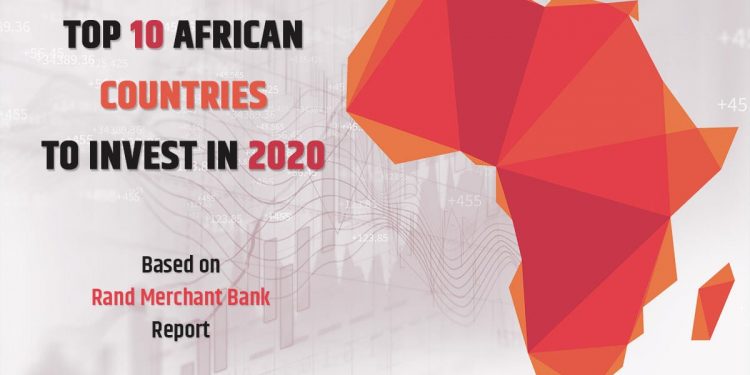 The report showed, however, South Africa’s ease of doing business ranking in the last few years has slipped but it remains one of the top ten easiest operating environments in Africa.

South Africa has fallen to third place due to its constrained economic growth according to RMB’s “2020 Where to Invest in Africa” report.

But the country still holds its place as Africa’s bastion of a well-developed financial and capital market.
The report said the JSE remained Africa’s most liquid stock exchange with an excess of $1.4 billion traded daily. Which is much higher than Egypt’s Cairo Stock Exchange which trades $44 million a day.

According to RMB report, South Africa also ranked highly on other financial market depth measures such as private credit as a percentage of gross domestic product (GDP), showing that consumers have access to a wider range of financial instruments compared to other African countries.

The report showed, however, South Africa’s ease of doing business ranking in the last few years has slipped but it remains one of the top ten easiest operating environments in Africa.

“This has allowed international companies to still view South Africa as a gateway to the rest of the continent,” said RMB Global Markets Research head and co-author of the report, Nema Ramkhelawan-Bhana, in a statement.
In 2020 and 2021, against a backdrop of modest demand and persistent electricity constraints, GDP growth for South Africa is forecast at only 0.6 per cent and one per cent.

“We never fail to be pleased and surprised by the extent of improvement in countries that are not necessarily perceived as strong investment destinations. This year, Guinea, Mozambique and Djibouti recorded the strongest gains in the rankings, with notable advancements in their operating environments,” said Ramkhelawan-Bhana.
The report also identifies countries that have either stagnated or deteriorated.

Among the prominent countries to have taken a tumble were South Africa, Tanzania and Ethiopia
Tunisia returned at number 10, while Ethiopia, Ivory Coast and Ghana edged closer to the top five. Morocco rose to second place displacing South Africa.

Egypt was the top destination. It was the most attractive investment destination in Africa due to its big market and a sophisticated business sector relative to other countries.

Egypt’s improvement in the business environment, conducted through government programmes and a steady rise in investment from the private sector had enhanced growth and assisted in repositioning Egypt on the global investment map.