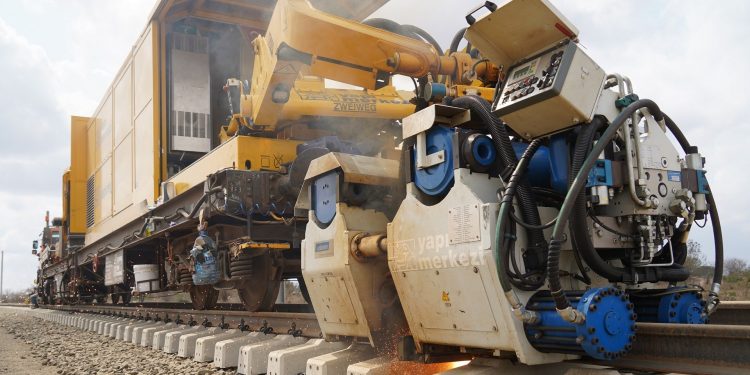 In the past two decades, China has been the largest builder in Africa.

In 2018, China alone constructed US$470 billion worth of roads, ports, rail lines, airports, gas oil, pipelines, power facilities, office buildings, and other projects, according to The Economist.

In order to expand its economy and better the lives of its people, Africa requires an estimated US$12 trillion worth of new infrastructure. And China must find a means to keep its massive construction industry busy while domestic demand declines. But even if Chinese corporations keep up their current frenetic pace of African construction, it will take time for the region to acquire the infrastructure it requires. This is despite the fact that China is currently the largest investor in Africa.

This indicates that there is an opportunity in the African construction market for another player of world-class calibre. And one, Turkey, has been making progress in this regard.

Turkey-Africa Cooperation on the Rise

The level of cooperation that once existed between Africa and Turkey has evolved into the form of strategic alliances. The Republic of Turkey has developed partnerships with African countries in infrastructure, health, trade and investment, rural development, energy, institutional cooperation, agriculture, and small and medium enterprises.

These partnerships were developed on the basis of the “Turkey-Africa Joint Implementation Plan 2015-2019” and in accordance with the Istanbul Declaration of the First Africa-Turkey Cooperation Summit that took place on August 19, 2008.

The top Sectors of Turkey’s trade with Africa being, the construction, steel, and cement industries, are the most important for both trade and investment, followed by the textile, consumer products, and electronic product industries. Turkey’s trade volumes with Africa reached US$25 billion in 2020, a fivefold rise from US$5 billion in 2003, while trade volumes with the Sub-Saharan region climbed tenfold in the last decade.

In 2003, Turkey’s trade volumes with Africa were just US$5 billion.

Despite the epidemic, Turkey was able to keep its trade volume with Africa at the same level. Now, to secure a more significant portion of the African market, Turkey is competing to become a member of the Africa Continental Free Trade Area. At the moment, Turkey is a member of the business councils of forty-five different countries in Africa, forty of which are located in the Sub-Saharan area.

Turkey’s goal is to expand its presence in the African continent’s market for manufactured goods by strengthening its existing economic relations with the continent. Because Products made in Turkey are in general of greater quality than those made in China, and they are also more affordable than European goods in terms of price, they are gradually gaining popularity in African consumer markets. This is due to the fact that Turkey is currently the largest exporter of consumer goods to Africa. In addition, the Turkish construction industry is interested in expanding its presence in African markets.

Even if it is at the top of its game, the construction sector in Turkey is obviously far less developed than China’s. During the previous decade, the value of its work overseas has ranged anywhere from US$15 billion to US$30 billion each year, which accounts for around 6 per cent of the total yearly work done by Chinese contractors.

These projects include the construction of the largest indoor sports facility in East Africa, which is located in Rwanda; a high-speed railway spanning 336 kilometres in Tanzania; the building of 3 phases of Ethiopia’s standard gauge railway line; and a railway project spanning 51 kilometres in Senegal, which is the first railway project in the West African nation.

Ankara presents a new chance to diversify and build engagements with African nations that are more humanitarian, balanced, and rational than in the past and are also far less hazardous. For many years, China has provided funding for a number of megaprojects in the region; in order to repay this funding, African governments have sold their natural resources.

However, some African countries have struggled to make their payments on the enormous debts they owe. One country that fits this description is Angola, which owes a minimum of 20 billion dollars. The nation has had a difficult time paying off its debt, but instead, it has made concessions to China. It is extending an invitation to the economic superpower of Asia to invest in the country’s agriculture, animal husbandry, and tourism industries. The Turkish government’s pledge of a “win-win” strategy of “mutual empowerment based on equality, sustainability, transparency ” provides a more acceptable alternative to consider.

When compared to their Chinese competitors, Turkish construction businesses have been lauded for their openness to the transfer of technology, more flexibility in allowing the host country to handle the projects, and the use of English as a primary language of business communication.

According to Selim Bora, chairman of the Turkish construction company Summa, which has finished 20 major projects in Africa, ranging from sports centres to airports, Chinese companies have recently shown less appetite for build-operate-transfer (BOT) and public-private partnership model projects. These projects involve the construction of a facility that is then operated by a third party.

According to him, African businesses favour these schemes more than models of state-guaranteed borrowing, “which presents an advantage for Turkish enterprises in rivalry with the Chinese.”

Bora mentioned that Summa would shortly commence construction on a novel international airport in Khartoum, Sudan (the project was commenced in 2018, halted in 2019 after the fall of Al- Bashir but revived last year), which will be built using a BOT model.

However, the CGD analysis believes that overall, Chinese investment in infrastructure has been a net benefit to African economies and that it sets a threshold that Turkey should strive to achieve.

Read: Turkey and the scramble for Africa