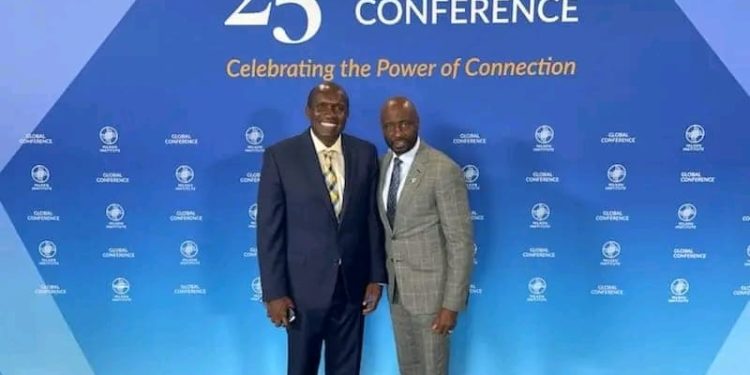 This plant will produce electric storage batteries that will be used to power smart cities in Africa and the rest of the globe.

The Democratic Republic of the Congo (DRC) is going to be the location of a manufacturing plant for solar batteries.

This plant will produce electric storage batteries that will be used to power smart cities in Africa and the rest of the globe.

Julius Mwale, an investor from Kenya, has been brought on board as one of the project’s key partners by KE International – which is also the company that will handle the construction of the factory. KE International is a company based in the United States that specialises in engineering and infrastructure construction.

Julius Mwale, the main investor in the Sh200 billion Medical and Technology City (MMTC) in Kenya, stated that his company was investing in the construction of a 16-gigawatt battery manufacturing plant in the Democratic Republic of the Congo (DRC). This plant would help power smart cities in Kenya and the rest of Africa

Mwale has built MMTC, a smart city located in Western Kenya, that is anchored by a solar power plant, the Hamptons hospital, a commercial shopping district, a golf district, residential dwellings, an innovation centre, and an airport district. The city has installed hundreds of solar-powered streetlights that also have storage batteries.

The MMTC was constructed using energy sources that are 100 per cent renewable, such as the hundreds of solar-powered street lights that are already shining their light on newly paved roads. Additionally, the MMTC features a 144-megawatt waste-to-energy facility that will generate clean electricity for the city using waste from hospitals and municipal buildings.

MMTC also includes a golf resort with 36 holes and 4,800 private residences that are spread out along the golf course. Other facilities include a private international airport that is connected to a tranquil aerial path leading to the hospital by a cable car, a private water park in the style of Disney that will soon be constructed on 35 acres, and the world’s largest convention centre.

The city’s economy and power are both operational around the clock. It is entirely disconnected from the Kenya electricity national grid and does not make use of Kenya Power in any way. Instead, solar electricity and other environmentally friendly forms of energy are used to keep the city running. The practise of collecting rainwater allows for hygienic water to be collected from rooftops, where it is then cleaned and made suitable for use.

The natives have been assimilated into the city without having to relocate, and they have access to the universal health care programme that the hospital offers, which ensures that all county residents will receive treatment.

“Our solar energy facilities are producing surplus energy that can be harnessed by battery storage and utilised for peak usage,” stated the businessman in early May while attending the Milken Institute’s 25th annual conference in Los Angeles, California.

Mwale participated in the Global Conference alongside other world leaders and executives from leading global companies. While there, he was able to finalise deals with various financiers and partners for a total value of Sh684 billion (USD6 billion), which will go toward the construction of a battery plant in the Democratic Republic of the Congo (DRC) and medical tourism at MMTC in Kenya.

Mwale added that the new collaborations would make it possible for them to spread the MMTC smart city model all over Africa, where they have already secured 18 sites for the growth of smart cities. Mwale stated that KE International, the company that handled the building of MMTC in Kenya, will be responsible for the completion of the battery power plant in DRC.

The factory is being developed near the tycoon’s nickel mines and cobalt in the DRC. “This is intended to resolve supply chain concerns in global battery supplies.” The batteries additionally will be utilised to power electric automobiles, bicycles, as well as residential and commercial applications, “Mwale explained.

Between now and 2050, the electric battery business is expected to be worth $45 trillion.

According to OEC, an MIT data analysis organisation, in 2020, electric batteries worth $67 billion were traded, making them the 38th most-traded item worldwide,

Because he owns power plants like the one at MMTC, Mwale’s smart cities make him a prominent player in the battery storage business. Expanding this to include electric vehicle batteries, as well as household and commercial storage would ensure the long-term viability of smart cities around the world.