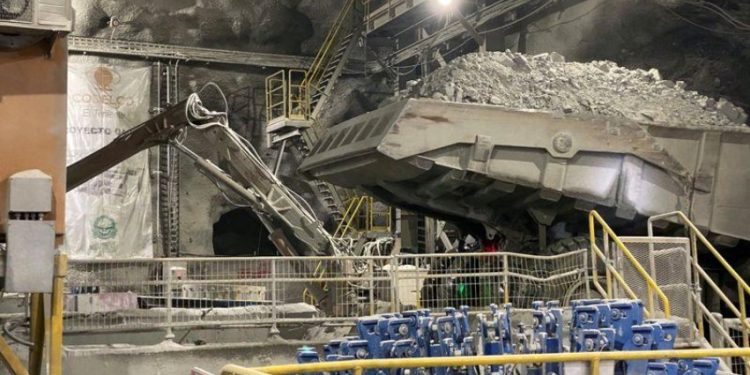 Chinese investor injects US$ 6 million in Alaska Mine revival.

Zimbabwe’s mining industry growth prospects remain strong in the short to medium term, economic analysts have said, despite the negative impact of Covid-19 induced setbacks on existing and planned investments.

As far as June 10, 2021, ZBC News said the majority of the funds will be channelled towards the construction and refurbishment of a flotation plant, a smelter, and an electrolysis refinery, with an environmental impact assessment completed.

The Alaska Copper smelting plant has been closed since 2000, but has now been resuscitated and is expected to be fully operational by July this year with a target to produce 300 tonnes of copper per day. Alaska stopped operations in the year 2000, depriving over 700 workers of their livelihoods, but fresh jobs are set to be created at the smelting, floatation, and electrolysis refinery plants.

Further, the revival of Alaska dovetails with Government’s desire to turn mining into a US$12 billion industry by 2023. Zimbabwe is targeting to grow export revenue from minerals to US$12 billion by 2023 as it seeks to transform the country into an upper-middle-income economy by 2030.

The Alaska mine revival project is expected to change the face of the local community which had become a ghost town.

Read: Copper gives Zambian Kwacha’s muscle against the US Dollar

In an article published by ZBC News on May 14, 2022, Grand Sanyuan Copper Resources General Manager, Zhang Wen spoke on the scope of the project.

“By the end of July this year, we will put our smelter into production and at the initial stage we will use the treatment of 300 tonnes of copper dumps inside the plant,” he said.

“I wish to extend my appreciation to Grand Sanyuan for partnering with ZMDC towards the reconstruction of the smelter plant. The Second Republic desires to see the resuscitation of all mining operations,” Dr. Gumbo said.

“This project is key in the upliftment of our provincial GDP as we strive to make our province the economic powerhouse it is in our country.” 100 locals have so far been employed by the smelting firm.

The Herald on June 16, 2021, published an article where Wen Zhang, said construction of the plant commences end of July 2021 once they are issued with an Environmental Impact Assessment (EIA) license.

“We are currently doing renovations to some of the dilapidated infrastructures while we wait to be given an EIA license that is currently at 60 per cent to completion,” said Mr. Wen.

“We will consult a local community Chief to show him our respect and requirements before recruiting workers. In the initial stage, we will hire at least 100 before gradually increasing to 200.”

The plant will have four furnaces that will cater to raw materials taken from as far as Mhangura Copper Mine, Shamrock Mine near Karoi, Angwa Mine and Shackelton Mine.

He was speaking during a tour of the initial stages of the Grand Sanyuan Copper Resources plant by Mines and Mineral Development Minister Winston Chitando and his deputy, Polite Kambamura.

He added that they were targeting to start with 450 tonnes of copper bullion but gradually increase with time. The design of their plant seeks to cater to a lengthy period of operations. Operations will strictly adhere to policies that will protect locals and the environment.

ZMDC Project Manager, Voster Mamvura is confident of a bright future as the foundation has already been laid.

“We are sitting on 4 million tonnes of the dump which have 4 per cent of copper. We are putting up structures by end of July after the completion of EIA. We will undertake flotation plant and smelter construction,” he said.

The Minister of Mines and Mining Development, Winston Chitando, who was accompanied by his Deputy, Polite Kambamura lauded the project, which he said dovetails with Vision 2030 and the target to attain a US $12 billion mining economy by 2023.

“We are looking at it in the context of vision 2030 and the US $12 billion vision for the industry. We are on a drive to ensure copper assets are revived. About four projects are on course for resuscitation,” said Chitando.

According to an article published by the Herald on April 21, 2022, humans have used copper for thousands of years for its aesthetic qualities and its malleability, heat transfer, and antibacterial properties. But it is the red metal’s abilities as an electrical conductor that will be the main driver of increased demand over the next 20 years and beyond.

In an article published on February 5, 2022, by Dear Retail, Copper is essential in everything that has to do with modern-day electrical systems. It has superior conductivity, which is crucial in the collection, storage, and distribution of energy.

It’s highly malleable, meaning it can be bent, twisted, and formed into countless shapes.

And it’s endlessly recyclable, without losing any of its capabilities.

In other words, it’s essential for the green technologies that will get the world off of fossil fuels. So if the world is rapidly electrifying in the search to address climate change and reach the requirements of the Paris Agreement, then it’s obvious to assume that copper is a good bet.

Further, Copper is a critical metal and unless the green energy trends reverse, it will be needed in ever greater quantities in the years to come.

Bloomberg on May 12, 2022, reported that copper plunged below $9000 a ton for the first time since October, while other metals slid on mounting worries about weak global demand.

The World Bank early this year stated they believe the average annual copper price will drop 6% to $8,800 per tonne this year. Meanwhile, copper supply saw a slight deficit in 2021, the International Copper Study Group (ICSG) expects the copper market will be in surplus this year.