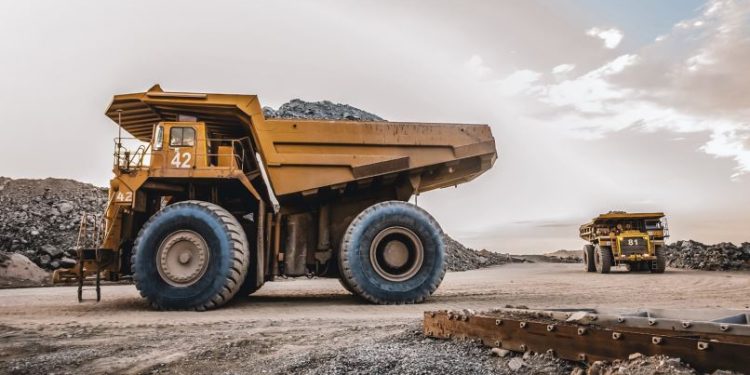 The global mining industry has been a reliable source of value for investors over the last 20 years.

Record cash flows have provided mining houses with the ability to grow and invigorate their expansion strategies which in the future could include organic growth with a specific focus on sustainable processes. The mining industry is enjoying a commodity supercycle presently that is reminiscent of the period from 2009 to 2011. Increased commodity prices were the same reason for the supercycle then as they are now.

According to research by McKinsey & Company titled: “How to navigate mining’s cash flow conundrum,” a subsequent flurry of mergers and acquisitions activity and project investment resulted in capital expenditure “blow-outs”, bloated cost structures and asset write-downs.

The remainder of the last decade was largely spent rebuilding balance sheets. The context of the research conducted by the US management consulting giant was in the period when mining companies experienced softening commodity prices which strained their financial resources and caught them flat-footed.

For several years of the last decade mining companies largely spent rebuilding balance sheets up to 2016 when the commodities market staged a comeback.

This is no longer the case presently. This position is based on current commodity prices and cash flows from the operations that most companies are expected to remain strong in the future. The questions investors should ask now is how these mining houses should invest for the growth of their enterprises, the maintenance of capital growth and most importantly to avoid the errors of the past.

McKinsey’s Mining & Metals practice recommends that mining houses pursue mergers and acquisitions strategies that are built around a series of smaller deals that enhance growth going forward in a manner that avoids the disadvantage of large acquisitions done in the past at high premiums. The practice also postulates that value in the mining sector has been determined by its players’ ability to generate cash flows…

Since early 2000, the global mining industry has enjoyed significantly improved cash flows as commodity prices remained elevated through 2011. These elevated prices were underscored by rapid economic growth and urbanization in China. From 2007 to 2012 these global mining houses invested back in their businesses, tapping to what McKinsey & Co describes as, “strong operational cash flows along with debt and equity issuances”.

These bulk investments supported growth with most capital being deployed during price peaks. In hindsight, this heavy investment at high price levels appears to have been poorly advised given what then took place when the world economy slowed down. Analysis conducted by McKinsey shows that cash returned to shareholders of global mining houses generally moves in line with commodity prices.

It sounds like simple logic or common sense but surprisingly these indicators can be lost on investors. When commodity prices start to tick upwards, investors can expect to enjoy higher dividend pay-outs and the reverse is true during periods when commodity prices slow down. The mining sector saw prices slow down from 2012 to 2016. The sector bottomed out in 2016 and during the lean four years that characterized this period, mining companies generally shifted their focus to reducing capital expenditure, repairing their balance sheets (which is a euphemism to describe that they started paying off the longer-term debt on their balance sheets more aggressively) and controlling expenses.

Since 2016, the financial and fundamental health of the mining industry has progressively improved. There are 3 trends that can be observed in the period covered by the years 2016 to 2021. They are useful to understand the current position of the global mining industry.

The investment community can continue to expect cash flows from mining operations to continue to grow as profitability has and continues to improve with both top line and margins increasing.

A cursory glance at the number of mining companies that reported their earnings over the course of the last 2 months reveals a reverberating theme amongst them: increased profitability from increased volumes and margins. The trend of rising commodity prices is expected to continue as they reach historic and all-time high levels this year.

The cash flows although impressive is still lower in relative terms to the high levels that were achieved in the years 2010-11. What this signifies is that there is still plenty of scope for the cash flows of mining companies to improve their already impressive financials and cash flows.

Studies and research note that absolute capital expenditures have increased since 2016. However, relative to cash flows from operations capital expenditures are still modest. This is indicative of an uncharacteristic form of caution from mining executives who are known for literally going where the proverbial angels fear to tread. Mining executives are not as liberal as they were 10 years ago to pursue growth driven by large-scale projects.

This is perhaps the best explanation for the sparse M&A and or corporate activity in the sector that has been low compared with 10 years ago. Back then executives fear almost nothing with Xstrata then an ambitious multinational operator making a play to acquire its much larger rival Anglo American. Xstrata since merged with Glencore, a transaction which took place during the period when big-ticket transactions were in vogue. There have been some large transactions in the gold sector.

Since the upturn of commodity prices in 2016, the mining sector has been preoccupied with the state of its capital structure. Capital structure refers to the different kinds of securities that a company issues to its investors in raising capital. Capital structure has implications for current and prospective investors.

Research done by McKinsey showed that less than 10% of mining companies covered had a net debt to EBITDA ratio greater than 2.5 times. This is very significant because as mentioned earlier it is reflective of an unusual aversion to debt as a form of funding for long term and big-ticket projects.

Generally due to the capital-intensive nature of their operations and the long gestation period of the projects they undertake mining companies will often issue various securities like equity and debt.

Equity does not mature and only requires dividends to be paid from the profits a company will make. It is paid at the discretion of that company’s board of directors. Where a company desires rapid growth, it can issue debt securities to fund its expansion. Now debt as the name suggests must be paid back regardless of whether the company does well or not. Debt is most advantageous where there is little to no variability in the income or revenues of a company.

With this in mind, the findings of the research conducted by McKinsey become even more instructive. At least 90% of companies have debt on their balances sheets which is equal to or less than what you would get from multiplying their respective profits for the year by 2.5. Mining companies are more conservative in their approach to funding future and long-term projects and growth.

The industry has also adjusted its pay-outs to shareholders. In 2011 companies reduced pay-outs when commodity prices began to slow down. In 2017 when prices started to pick up, dividends and share buy-backs started to pick up. Pay-outs reached their peak for the industry in 2019.
Global Mining Industry Outlook 2022

Cash flows are expected to increase to unprecedented levels in the next 2 years 2022 through to 2024 according to most sell-side analysts. Companies in this space will have to focus their efforts on maintaining healthy balance sheets. They also need to adjust their strategies, capabilities, and mindsets.

Priorities should be centred around:

There will need to be a shift away from cash conservation toward sustainable growth. This growth will need to be backed by strategy as well as a definitive plan for future price changes. Growth will as always come from both organic and inorganic avenues.

To keep an optimum level of growth will be essential. Most miners have minimal levels of debt on their balance sheets. They have enough legroom to comfortably raise capital to finance their growth. Projects involving greater or increasing debt will need to be considered with much closer scrutiny. There has been a growing trend of companies adopting stress test models that ensure the debt is easily serviceable during commodity price swings. When cash flows increase, companies should then think about updating their long-term dividend policies. If management teams hold the view that commodity prices are nearing their peak companies may want to retain some cash in anticipation of the next downturn.

Adjusting processes in the organization

For growth strategies to succeed and optimization of balance sheets to occur will require reimagining certain organizational processes. Organizations should look to streamline and improve the process around investment decisions. During periods when cash generation was constrained committees tended to be conservative when considering investments in ongoing projects.
Mining globally will continue to be a financial bellwether for investors, and they should continue to have exposure to this in their portfolios.