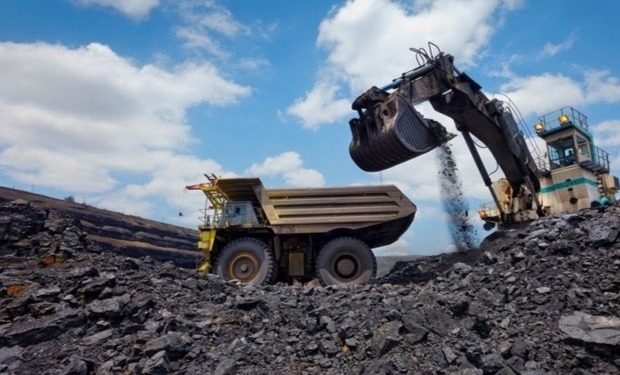 Coal mining. Exxarro resources is caught in the middle in the pursuit of a greener earth and universal reliance on renewable energy. [Photo/ INCE|Connect]

Adoption of green energy remains highly thematic with the reduction and gradual elimination of fossil fuels.

by Laurence Sithole
in Energy, Investing
0
Share on FacebookShare on LinkedIn

A recurring theme nowadays is climate change and the commitment that leading companies in the world have made to what has been called the journey to net-zero.

This pledge by global corporations is to be carbon neutral on or before 2050 which will be achieved by reducing carbon emissions and carbon footprints from the operations of the said companies. This is a noble cause to support given the perils of climate change resulting from global warming.

We have seen the erratic weather patterns and the rising sea levels. All of them have been a clarion call to everyone and not just those in business. World leaders are converging on the Scottish capital of Glasgow for a conference this month to thrash out concrete and substantive plans around decarbonizing every sphere of human existence.

Adoption of green energy was and remains highly thematic, the reduction and gradual elimination of fossil fuels as an energy source going forward are envisaged by the time the whole world is expected to reach carbon neutrality in 2050. China a world economic power also threw its weight behind the calls for a greener earth and committed to reviewing its policies which hitherto had strongly supported the use of fossil fuels.

Their Belt and Road Initiative saw the Asian powerhouse finance coal mines in the less developed and emerging economies in Asia and in Africa. The pursuit of a greener earth and universal reliance on renewable presents a unique dilemma for countries in Sub Saharan Africa which rely heavily on energy provided by coal, shale, and other fossil fuels but also their economic livelihoods depend on the black gold.

The elimination of coal and related energy sources would severely prejudice economies that constitute SSA which are still developing or emerging. It is against this background that the outgoing Chief Executive of the largest coal miner on the JSE, Mxolisi Mgojo who is also the President of the Minerals Council is on record for saying that African countries should be allowed to make the transition from fossil fuels to greener renewable energies at their own pace.

The Exxaro Resources boss made these remarks speaking at a conference in London hosted by the Financial Times. He made specific reference to the fact that in 2002 Germany was already speaking about using renewable energy and yet currently Germany says that the last of its coal-fired power stations would only be closed and decommissioned in 2039. The mining executive then questioned why African countries could not be allowed to do the same.

Why is such a question and observation important?

It is a question of competitiveness. African countries and companies, in general, have lagged their global counterparts in terms of competitiveness generally. Energy is a critical input in the pursuit of competitiveness. Coal and shale are plentiful and cost-effective. They can enable Africa to be competitive in the business context and enable the countries that make up the continent to emerge and transform economically. Renewable energies are costly and require bulk financial investments of resources which the said countries in Africa do not have as yet.

It is not farfetched to imagine that the rapid transition by African countries to renewable energies away from fossil fuels could inadvertently undermine their prospects of emerging and transforming economically.

One of the talking points at COP26 will be to assist developing nations to decommission fossil fuels in favour of renewable power. As part of this movement, a joint European Union, United States and UK delegation was in South Africa in early October to discuss a funding package aimed at shutting down coal mines.

Mgojo said: “Let’s recognize this is a complex problem. Let’s recognize it has taken years for developed nations to transition. Governments have funded those things in Europe. The outgoing head of Exxaro raises an important point. The countries that make up Africa, which can also be characterized as developing economies are reliant on primary, extractive, and industrial and manufacturing activities need access to energy sources that are cheap firstly and plentiful secondly for them to sustain themselves and gain the critical mass to diversify their economies. This will be the scope for coal, shale, and other fossil fuels going forward and makes the primary investment case for investing in companies that produce this critical economic input.”

It has been said from various sources that South Africa generates at least 79 per cent of its electricity from coal and other fossil fuels. The government of that nation expects to generate 44 per cent of its power needs from renewables by 2030. Until that time the country will continue to burn coal to electrify the country and companies like Exxaro will provide the coal needed.

Who is Exxaro Resources anyway?

Exxaro Resources is a large coal and heavy minerals mining company in South Africa. The company operates facilities and offices in Africa, Asia, Europe, and Australia. The company is listed on the Johannesburg Stock Exchange and has a market capitalization of R57.15 billion (US$ 3.8 billion). A cursory glance at its financial results shows that the company achieved the following:

This is especially significant since this period under review covers the hard lockdown and the global sell off which saw most of the world’s listed companies shedding off considerable portions of their value resulting in investors losing a lot of the value of their investments. An investment in Exxaro over the same period would have not only held its own but also been value accretive for shareholders as well.

Earnings per share for the company increased by 90.5 per cent and dividends per share increased also under the same period by a whopping 223 per cent! This is not uncommon for global commodity producers who in the last 12 to 18 months have enjoyed windfall profits thanks in part to the rising prices of commodities globally and to the re-opening of economies from the pandemic induced lockdowns and closures.

Additional impetus for the growth in profits of mining companies will come from the ambitious public works projects by developed nations which will increase demand for basic materials and will underscore further increases in commodity prices.

Among its peers, Exxaro is dominant being the largest coal producer on the JSE.

Despite its dominance in terms of scale and size other producers have returned substantial gains to their shareholders namely the newly listed Thungela Resources and Wescoal which returned 226 per cent and 225 per cent respectively.

Exxaro has an asset portfolio, which includes coal operations and investments in iron ore, residual pigment manufacturing and renewable (wind) energy (Cennergi). The organization prides itself in being more than just a mining business and strongly believes that empowering local communities in which it operates and making a positive impact on the world is central to its purpose.

The company assumes and actively practices a balanced approach for sustainable growth and impact to ensure that a future is secured for every one of its stakeholders.

Exxaro’s purpose to Power better Lives in Africa and beyond will be achieved by responsibly investing in resources that will improve and sustain life on the continent. In the last decade, Exxaro has established itself as an organization that is respected by its peers for its innovation, ethics, and integrity, and has been recognized as a leading performer in the FTSE Russel ESG Index.”

Two things stand out from this information. The first is somewhat of an irony in that the company even though it produces coal and makes the most of its earnings from the commodity, it is diversified to include a renewable energy operation. Secondly, the company has shown its commitment to upholding the highest standards of ESG evidenced by its consistently high scores on the FTSE Russel ESG Index.

The FTSE ESG Index Series is designed to help investors align investment and ESG objectives into a broad benchmark. The indexes provide risk/return characteristics like the underlying universe with the added benefit of improved index level ESG performance.

The company’s operations span seven sites – including a JV with Anglo American – across the coal-rich provinces and produce high-quality thermal, metallurgical, and coking coal for both domestic and export markets. Its mines are in the areas that have the highest concentration of coal and have been the epicentre of coal mining in South Africa for decades.

It is noteworthy to mention that South Africa has the 6th largest coal reserves in the world at 31 billion tonnes. The mines the company operates are Grootgeluk, Mafube, of which the company owns 50 per cent of Leuwpan, Matla and Belfast.

How should the investment community view this diversified miner?

In a matter that is developing, the Stock Exchange News Service (SENS) offered by the Johannesburg Stock Exchange broke a story in the 25th of October 2021 that ESKOM the South African power utility and the largest coal consumer, had entered into a memorandum of understanding, (MOU) with  Exxaro Resources and Seriti Resources (a privately held coal supplier) to, “record their intent to pursue the development of renewable energy solutions for the cost-plus mines supplying coal to Eskom”, read part of the statement.

The news report also stated that Exxaro and Seriti have agreed to work towards achieving a just energy transition in South Africa by, inter alia, participating in these renewable energy projects at the Mines and/or related Eskom sites, with the aim of creating employment and re-skilling opportunities for communities in South Africa.

Both companies have renewable energy subsidiaries and have been called upon by ESKOM to investigate what green solutions they can come up with to reduce greenhouse gas emissions and to reduce their carbon footprint. To that end, ESKOM would provide what the report described as “support and assistance” to both coal companies without spelling out explicitly what that support or assistance would entail.

Exxaro Resources will continue to look attractive for as long as commodity prices remain high. It is operating primarily in a business that is in long term decline especially as demand for the commodity wanes in developed nations. These nations are aggressively pursuing alternative energy sources with much less in terms of carbon emissions.

The company’s decision to enter renewables will stand in good stead to ride the wave of growth in this space.

In as much as the world is going towards carbon neutrality, it is not envisaged by a lot of thought leaders that coal will be totally phased out as an energy source. Going forward it will be part of an energy mix and not made redundant totally.