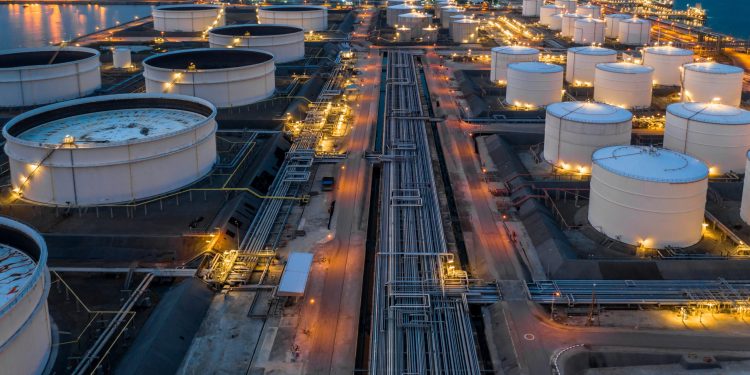 The Ukraine/Russia crisis gives African energy producers such as Nigeria, Angola, Libya, and Algeria a chance to plug the supply gap.

Russia’s invasion of Ukraine has led to a cocktail of sanctions that have put the energy supply in a precarious situation.

As a significant gas supplier to most of Europe, Russia faces sanctions that have seen oil prices go over US$100 per barrel. This is the highest price in eight years. With Europe currently in the middle of winter, energy requirements are a priority.

Russia supplies around 35% of the European Union’s energy needs. Ukraine accounts for one-third of Europe’s gas supplies, and there is concern that pipelines may be damaged in the fighting.

The road to self-sufficiency

The Ukraine/Russia crisis gives African energy producers such as Nigeria, Angola, Libya, and Algeria a chance to plug the supply gap. An increase in crude oil and gas prices would suit both sides.

Unfortunately, a lack of refineries in Africa leaves crude oil exporters having to pay more for imported fuels.

The announcement by Vladimir Putin of Russia’s intent to invade Ukraine saw the Brent crude oil prices hit US$105 per barrel. The last time prices were that high was in 2014. This is a 47 per cent increase since December.

There are legitimate fears that sanctions being put in place by other world leaders will impact energy supplies from Russia. Up to 30 per cent of worldwide crude oil output comes from Russia, making it the second-highest producer globally. Naturally, this gap will need a plug, but the question is, who will be able to step up?

Who is well placed to plug the gap?

African countries own some of the world’s most extensive gas reserves, but can they fill the void? Currently, Russia supplies between 150-190 billion cubic metres per year.

Tanzanian President Samia Suluhu Hassan has stated that Russia’s invasion of Ukraine may prove an opportunity for gas exports and seeks to establish a new energy market beyond Africa. Tanzania, which has Africa’s sixth-largest gas reserves – an estimated 57 trillion cubic feet (1.6 billion cubic metres) – says it has been working with Shell to develop and export its massive offshore gas resources to Europe and other markets.

On the other hand, Africa’s top gas producer has similar aspirations. Nigeria intends to build a trans-Sahara pipeline to transport gas to Algeria and eventually Europe.

Nigeria’s remarks come from the recent signing of an agreement with Algeria and the Niger Republic. The three nations have agreed to the construction of the Trans-Saharan Gas Pipeline. This will be a 614-kilometre-long (381.5-mile-long) natural gas pipeline starting in northern Nigeria.

Although no official date is set for the pipeline’s completion, which was first proposed in the 1970s, they expect to extend through northern Nigeria into Niger and Algeria, eventually linking to Europe.

There are still questions about Africa’s ability to serve as a viable interim option for natural gas while Europe confronts Russia’s military offensive. According to experts, a historical lack of investment in gas infrastructure has harmed Sub-Saharan Africa’s energy business compared to Northern Africa.

For example, Algeria’s Maghreb-Europe Gas Pipeline connects Algeria – Africa’s largest natural gas exporter – to Spain and Portugal via Morocco, and Algeria’s Medgaz pipeline connects Algeria directly to Spain. However, a decline in gas output caused the decline due to a breakdown in relations with Morocco; Algeria declared last October that it would immediately begin delivering gas straight to Spain.

It is critical to remember that [North] Africa already had a developed gas export market with Europe [pre-Ukrainian crisis]. The projected expansion of the Medgaz pipeline capacity [in Algeria] is to boost shipments to Europe. However, several African countries with significant natural gas deposits have also struggled to attract investment for gas infrastructure projects supplying the European market.

Angola has proven gas reserves of 13.5 trillion cubic feet (382 billion cubic metres). It has seen a dramatic fall in oil and gas production over the previous five years due to technical and operational issues and a lack of upstream investment and incentives.

In 2020, President Muhammadu Buhari announced “The Decade of Gas,” a Nigerian plan to prioritise the gas industry and capitalise on the global transition to cleaner fuels.

It has begun construction of the 614-kilometer-long, US$2.5 billion Ajaokuta-Kaduna-Kano Natural Gas Pipeline as part of that effort. The majority of finance comes in the form of loans from Chinese banks.

Nonetheless, as is the case in several other African countries, considerable investments are required to construct trans-regional and intercontinental pipelines to provide access to Europe. However, these need significant funding. Additionally, Africa must liberalise the energy sector to address the infrastructural crisis. The current oligopoly would be insufficient, as the Nigerian National Petroleum Corporation lacks the cash necessary to construct the required infrastructure.

Supply chain security. There are also more existential challenges that experts believe African countries must address first to be a viable option to Europe in times of crisis.

Mozambique has proven natural gas reserves of around 100 trillion cubic feet (2.8 trillion cubic metres), accounting for approximately 1 per cent of the world’s total reserves. However, an ongoing armed revolt in northern Mozambique’s Cabo Delgado province, a gas-rich region bordering Tanzania, has hindered progress on a projected US$50 billion project. In Nigeria’s oil-rich Niger Delta, a wave of security threats from armed groups has harmed oil and gas exploration.

Sanctions on Russia by Europe and America are likely to reduce demand for Russian energy. But will this tip the odds in Africa’s favour? African producers can use the current situation as a window of opportunity to be taken seriously in the energy market. It will provide the acid test of whether Africa can increase its production capacity to meet the global demands of crude oil and gas.

Africa currently produces less than a tenth of global crude oil output, of which Nigeria has the most crude oil with an estimated production of 1,398,407 barrels a day. Other notable producers on the continent include Libya, Angola, and Algeria.

With oil prices expected to rise further, it is prudent for these African nations to scale up production.

What are the drawbacks?

Having noted that Africa currently accounts for less than 10 per cent of global crude oil output, what does this mean for the African market? The truth is Africa should brace itself for a few economic hits. Due to the lack of crude oil refinement facilities. While there are untapped energy resources in Africa, the gains of increased exports might not be felt for a while.

Refineries in Nigeria have not been operational for about a year, and the ones being built by Aliko Dangote will only be ready in the 3rd quarter of the year. Dangote indicated that the factory would commence operations in the third quarter of 2022. This leaves Africa’s most significant producers depending on imports to meet its energy needs.

The Lagos facility is a game-changer, accelerating Africa’s development and deepening regional economic integration. The production capacity will initially be 540,000 barrels per day but is expected to achieve maximum capability by the end of the year or early in 2023.

By 2023, with this output rate, Nigeria should be self-sufficient in energy products. This is excellent news for Africa’s top oil exporter, which has recently struggled with multiple energy shortages. Authorities are also battling massive subsidies to keep the price of oil products reasonable at the pump.

Nigeria’s minister of state for petroleum stated that officials were concerned about the crude oil prices. However, Algeria’s state-owned oil and gas company indicated that it would supply Europe if Russian exports were reduced due to the situation.

As the crises between Russia and Ukraine linger, experts say the shifting focus on Africa could be a blessing and a burden. Europe is actively looking for alternative energy suppliers to plug the deficit. Unfortunately, Infrastructure constraints, rather than lack of capacity, could jeopardise Africa’s ability to supply Europe with energy products should the sanctions on Russia include energy supplies.