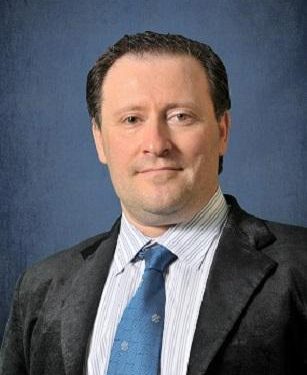 Should East African countries restrict the flow of COVID-19 Misinformation? Is it a Criminal Offense?

As soon as East African countries restricted movements and public gatherings in response to the rising cases of Covid-19, perhaps owing to the scarcity of information on the pandemic, misinformation flew around social media platforms, causing an overload of fear across the region.

Kenya and Uganda were the first to take precautionary measures as Tanzania adopted a more relaxed stance towards the pandemic, which is being seen as a threat to Africa and the world. During this past week to date, Kenyans on Twitter and East Africans at large have been tweeting information about Tanzania, making it the fourth most trending topic in the world.

Furthermore, the US Embassy in Dar es Salaam, also came out with a statement indicating that “many hospitals in the main city of Dar es Salaam have been overhelmed in recent weeks, contends the risk of contracting Covid-19 there is “extremely high.”

This in turn led to many international reports by global news agencies to report the same, and cause further concern for both US citizens in the country, but also raises concern for potential visitors to the East African nation.

One of the tweets from Andrew M. Mwenda’s account on 11th May, for instance is:

The #COVID19 crisis in Tanzania is now critical! Zambia has closed its border with Tanzania! A well placed source in Dar es Salam claims they have 16,467 cases tested positive, 1,293 dead and only 118 recoveries! 40 people are dying of covid19 daily! Thank you Magufuli!

Despite this tweet, the East African Community (EAC) Covid-19 update on that same day put the total confirmed cases at 509 in Tanzania, 672 in Kenya and 121 in Uganda. South Sudan has 120 cases, Rwanda has 281 and Burundi has 15 cases.

From the overflow of information, it is therefore difficult to tell who on social media is accurate and authoritative. It is now obvious that the COVID-19 pandemic has brought out conspiracy theories about disease out of the woodwork. Could this be damaging to reputations of individuals, companies and countries? Is it time to restrict the surge of online information regarding Covid1-19?

As a criminal defense lawyer, I have been watching the situation closely in order to see what the ultimate consequences will be for those who distribute this information without evidence. If it leads people to hurt themselves, it may end up being a criminal charge in the future depending upon the circumstances.

“I pity Americans, for they are fast becoming a lot like our people,” says Jenerali Ulimwengu, comparing “big shaman” to the conspiracy theories and false medical information being peddled by the American President. But while many folk remedies do have medicinal value in their own ways, there is little value to be found in dangerous information given out by politicians or the general public who are not medical experts.

In some occurrences, conspiracy theories have commonly been taken up by those who seek to profit off the crisis by selling fake vaccines and testing kits, among other things, which can lead to injuries and even death for many East Africans. Unlike the USA, African nations provide little remedy to sue for false promises, and it is up to individuals to discern what is safe. But if you are caught disseminating dangerous information, it could lead to criminal charges.

Kenya’s Citizen Television for instance was forced to run a week-long apology for depicting Tanzanian President John Pombe Magufuli in bad light. The media house featured a report with the headline, ‘Ukaidi wa Magufuli’ which translates to ‘Magufuli’s defiance’ in the fight against Covid-19. The report was unwelcomed by Tanzania’s President who switched off the broadcasters’ stations in Tanzania, hence the apology.

While Kenya’s Citizen Television suffered its fate of alleged misinformation, the residents of East Africa at large are at risk of sharing misinformation due to the rate at which unconfirmed forwards are passed around via social media platforms. While much of the region is in lockdown; it’s inevitable that this information is getting shared, especially with so many of us bored at home. So take this time to do your research instead of believing everything that you hear, or even worse, passing on those rumors and false information to others.

One point to note is that taking advice from non-medical professionals is always a risk, so be certain to do your research in order to stay informed and stay safe. Several people have died due to these fake cures and hoaxes so far, and it’s clear from a moral standpoint that those deaths were unjustified and may lead to future wrongful death lawsuits at the very least. I hope to see more legal action taken in the future to incriminate those who disseminate dangerous information about COVID-19, but we will just have to wait for this pandemic to play out.

In America, it’s quite clear that corona virus has hit the legal industry quite hard. Many court systems are currently shut down until the time is safe to convene again. It’s currently difficult for criminal defense lawyers the world over, East Africa included, to practice their professions in any normal fashion. Nonetheless, be sure that restriction of misinformation through social media platforms is one area that should be explored legally once lawyers resume normalcy.

The writer is a criminal defense lawyer at Bukh & Associates PLLC, NewYork

Why locust invasion poses a threat to East Africa's livelihood