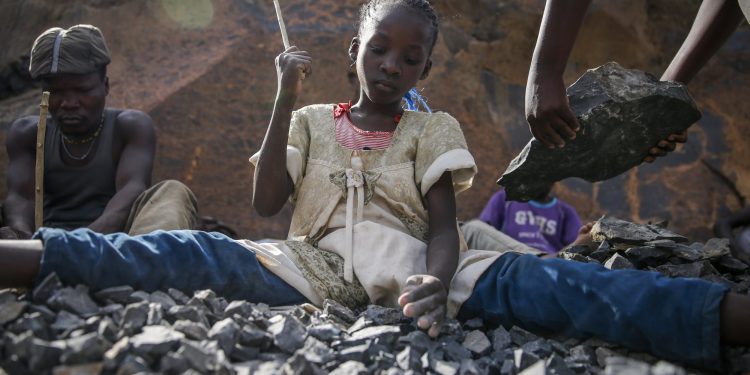 The fuel shortages in Kenya's capital, Nairobi, have led to a rise in costs and this cuts across making it difficult for low-income earners and daily wage workers to afford a living.

Kenyans are struggling to keep pace with the rising cost of living even as politicians continue on their campaign trail oblivious of the situation at hand.

Already, some counties in the country are experiencing a drought which is worsening the situation as the country’s economy takes a beating from the multi-pronged crisis of fuel, drought, global events like the Russia-Ukraine crisis and a currency on a losing streak.

With the fuel shortage in Kenya which is attributed to a failing government policy on fuel subsidies, matatu operators in the country have been halting service because of a lack of fuel. Matatus are the most common means of transport in the East African nation. They are more affordable than hailing cabs or using taxi bikes commonly known as boda bodas.

The fuel shortage in Kenya’s capital, Nairobi, have led to a rise in costs and this cuts across making it difficult for low-income earners and daily wage workers to afford a living.

So dire has been the situation that a number of petrol stations have run out of both petrol and diesel, resulting in long waits for matatu drivers. It is the western Kenyan region that has been hardest hit.

When it comes to fuel supplies, experts say it could take up to three weeks for the shortage to be stabilized.

Fuel caps per customer have been instituted at a few petrol stations around the country.

Inflationary pressures, a weakening shilling, and rising political temperatures have pushed up the cost of basic necessities for Kenyans, who are now struggling to try and make their shilling go much further.

Already, consumers are having to pay more for a packet of milk as prices rise. This is in addition to a growing list of other essential commodities that have seen their prices increase recently including bread, maize meal, rice and other daily staples.

In the construction sector, the price of steel and cement has increased exponentially. And, things are not getting better.

The Kenya Transporters Association has instructed its members across the country to raise freight rates by at least 5 per cent in order to maintain their companies under the current circumstances. The notification issued on March 14 was to help the freighters avoid a total collapse of the sector.

In a petition to parliament, the Consumers Federation of Kenya called for the elimination or reduction of the current 16.5 per cent value-added tax on liquefied petroleum gas to 8.5 per cent.

Pressure from the International Monetary Fund (IMF) put the treasury under pressure to increase the VAT on all petroleum goods in 2018. The IMF said that the implementation of the VAT would ensure that the government is able to meet its financial obligations.

IMF’s pressure for fuel tax was revealed in advice to the government after the board authorized a new loan for Kenya valued at US$2.34 billion to help the country keep reacting to the Covid-19 pandemic and manage its debt vulnerabilities.

The newest attempt to garner state funds includes the long-delayed implementation of a unified 16 per cent VAT on petroleum products. Due to complaints from motorists and business groups, President Uhuru Kenyatta was obliged in 2018 to reduce the VAT on petrol by half, from 18 per cent to 8 per cent.

On another front, oil, fertilizer and wheat prices have risen as a result of the Russia-Ukraine crisis.

Foreign exchange markets across Africa are under pressure because of rising oil costs and Russia’s export restrictions. However, in Kenya, poor government policy implementation and being reactive to events are largely to blame for the economic hardships Kenyans are facing

The weakening of the Kenyan currency is increasing inflationary pressures, increasing the cost of imports and heightening national debt payment issues.

According to the Kenya Association of Manufacturers (KAM), the rise in oil prices has a rippling effect on the economy, increasing the cost of transportation and production, leading to an increase in the cost of finished goods, including everyday household items.

With higher production and transportation costs, oil price increases will have a significant influence on nearly every manufacturing industry. The pandemic had a devastating effect on the country. KAM CEO Phyllis Wakiaga, notes that the cost of living has risen significantly while the purchasing power of Kenyans has diminished.

Rather than shielding Kenyans from the economic consequences of the pandemic and global events, the Kenyan government has continually announced additional taxes considerably increasing the cost of living. In 2021, the government imposed 16 per cent VAT on cooking oil and gas, which had previously been slashed to 14 per cent. As a result of the higher VAT, food staples like bread have seen their prices rise astronomically.

To add insult to injury, the government also doubled the excise tax on airtime and telephone services from 15 per cent to 20 per cent. The more than 21 million internet users and 59 million sim card subscribers in the country who use their mobile phones to communicate and make and receive payments will be affected by this hike.

Millions of Kenyans are expected to find their lives significantly more difficult as a result of the high cost of living and higher taxes.

Current economic conditions have been made worse by a borrowing binge. From a KSh630 billion (about US$6 billion at today’s currency rate) debt in 2002, Kenya is currently indebted to the tune of KSh9 trillion (approximately $9 billion) and counting.

Debt levels in Kenya have increased from 50 per cent of GDP in 2015 to around 70 per cent at the end of 2020. Kenyan taxpayers bear the burden of this debt, most of which goes to well-heeled individuals in government or in the private sector.

In order for Kenyans to get the fundamental services they need, lenders are going to demand that these services be made more expensive.

The World Bank/IMF Structural Adjustment Program (SAP), under which Kenya is now operating has pushed millions of Africans into poverty and made basic services unaffordable to the majority.

SAPs are accompanied by a slew of conditions, including the elimination of government subsidies for health and education and the consequent reduction in public employment. As a result of their SAPs, many African countries face “lost decades of progress.”

The IMF has ignored Kenyans’ call not to loan the country any more money with a petition last year garnering more than 200,000 signatures. Kenyans signed the petition to the IMF to stop the payment of a US$2.3 billion IMF loan to the country.

As it is, Kenyans need to brace for even tougher times ahead since the end is not yet in sight.