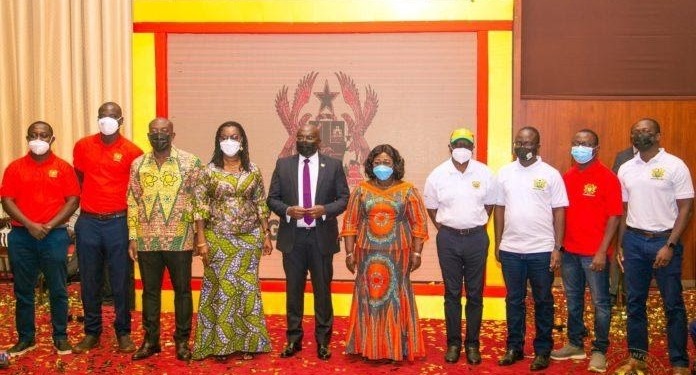 Fintechs, SMEs and Digitization in Africa – Ghana leads the charge

Three leading Ghanaian fintechs; Hubtel, ExpressPay and IT Consortium joined forces to build Ghana government’s portal – a digital services and payment platform for Small Medium Enterprises (SMEs), Startups and citizens to access government services at the click of a button.

Despite being competitors, these tech ventures saw the need to collaborate as a unified front for the Ghana government to entrust them with the building of a national asset in a revenue-sharing arrangement between them and the government, enabling a conducive environment for the delivery of essential government services to consumers and businesses.

The Ghana.gov platform also serves the digitization and revenue-collection needs of other Ministries, Departments and Agencies (MDAs) and Metropolitan, Municipal and District Assemblies (MMDAs)

As of mid-July, 2021, about 624,000 users have logged in to pay for 37 government services, comprising taxes, levies, royalties and stamp duties, directly into Ghana Revenue Authority (GRA) accounts.

Ghana’s Vice President, His Excellency Dr. Mahamudu Bawumia who launched the portal on  July 14, 2021, opined that “Transactions will be recorded instantly avoiding any bribery and corruption regarding the quoted service.”

According to Dr. Bawumia, “It is estimated that about 10 to 15 per cent of revenue is lost through inefficiencies, theft or other accounting schemes. Going digital means, we can improve our revenue collection by an estimated US$526 million annually.”

Ghana will also derive expense savings of more than US$7 million a year from the digitization mechanism, according to government projections. The Minister of Finance, Ken Ofori-Atta has recommended national awards for the three-tech firm at the launch saying, “if I had any power, I am sure the Order of the Volta will be conferred on each of them”.

A digitized government creates an enabling environment for a digitized private sector, research, academia, civil society, and citizens. Ghana, the host of the African Continental Free Trade Area (AfCFTA) Secretariat, is leading this charge by awarding the national identification project to an African company, Margins Group.

Margin was started in 1990 by Ghanaian entrepreneur, Moses Baiden and has been at the forefront of identity management.

IT Consortium one of the innovative home-grown firms that built the Ghana.gov portal and recently celebrated its 20th anniversary, was founded by Romeo Bugyei, another Ghanaian technology entrepreneur, a former programmer who built software for banks and other financial institutions.

Hubtel, which was founded by Alex Bram, Ernest Apenteng and Leslie Gyimah in 2005 (and were later joined by Kwadwo Seinti as CTO), is a leading Fintech and e-Commerce platform. The company started as SMSGH selling Short Messaging System (SMS) for corporate communication. In 2012, Hubtel was listed by Forbes as one of the leading startups in Africa.

That same year, ExpressPay was started by Curtis Vanderpuije, Kodjo Hesse, Kwei Hesse and William Tetteh as an eCommerce marketplace and a payment gateway provider in Ghana.

Last month, Hubtel partnered with MTN Ghana to help accelerate the digitization of the informal sector through the provision of digital tools such as a year of free connectivity, access to Hubtel e-commerce smartphone, etc via the MTN Business SME campaign launched under the theme ‘MTN Business, Your Partner for Growth’.

Read: Why digitization is important in the insurance industry

This constructive collaboration between South African telecom giant MTN and Hubtel, a leading fintech firm with operations in Kenya and South Africa, is a remarkable example of Africa’s growing intra-Africa trade, collaboration on innovation and digitation of businesses, worth replicating in other African countries.

The African Guaranty Fund (AGF) has woken up to the fact that “SMEs are the Coca Cola and Nestle of tomorrow” so they have given lending facilities to Equity Bank and Rawbank to on-lend to the SMEs for their growth and digitization. At a special edition of the MTN Business Executive Breakfast Series, hosted on July 8, 2021, as part of events headlining the company’s 25th anniversary, I made the case that an Africa-wide integration of digital strategies by governments is critical for the Africa Continental Free Trade Area (AfCFTA) to work.

Governments do not only need to digitize but they must simultaneously integrate these approaches to ensure interoperability, transparency and inclusivity.

The Bank of Ghana (BoG) through the Ghana Interbank Payments and Settlement Systems (GhIPSS) introduced the Universal Quick Response (QR) Code payment solution last year to simplify merchant payments and reduce the use of cash.

The QR Code has been made available to banks and payment service providers, as well as SMEs to enhance business transactions. As an additional step, the BoG has also initiated processes for a pilot central bank digital currency to further move the Ghanaian economy towards a cash-lite environment.

According to Dr. Maxwell Opoku-Afari, First Deputy Governor of the Bank, “We anticipate that the Bank’s Central Bank Digital Currency (CBDC) project which would be piloted from this September in a sandbox environment would further advance financial inclusion, promote the efficiency and stability of the payment system, and foster competition in the financial sector.”

He continued, “Digital Currency is part of the central bank acknowledging the need for digital payment and digital delivery of financial services, this is formally to get into that space and be able to provide a platform on which we can add more value to digital transactions.”

Emphasizing that ” mobile money transactions are not backed by cash and hence limits the value addition,” Dr. Opoku-Afari asserted that the central bank’s digital currency is fiat money, that it is cash on its own so that financial institutions like banks and fintechs will be able to create value addition on the digital cash. He however said “Cryptocurrency is not yet legal in Ghana and not regulated by the central bank. That technology is very laudable, and we have set up a team that is studying it”.

Adding that the Central Bank’s approval for the use of the digital currency by Ghanaians will be determined by how successful the piloting of the CBDC goes. Many African economies have expressed their desire to issue electronic versions of their respective national fiat currencies.

However, apart from Nigeria, which announced the launching of its digital currency, due to debut on October 1, 2021, in response to Ghana’s, no other African country has taken demonstrable steps toward piloting a CBDC.

In essence, Ghana is leading the path for digitization on the continent and until the rest of the continent is digitized and fully integrated, Ghana’s leadership may be in vain – hopefully not.