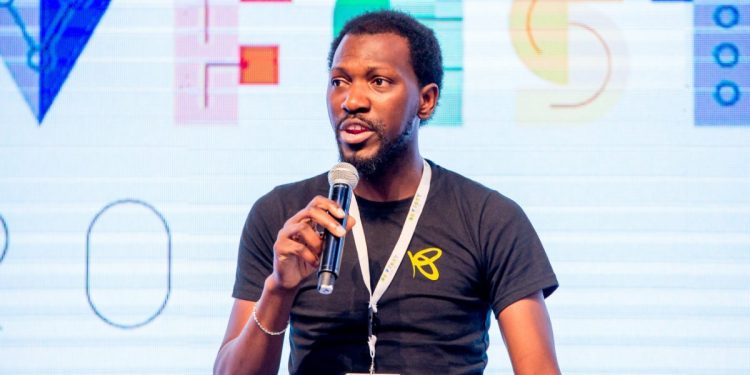 Flutterwave CEO Olugbenga Agboola during a past event/ themomentng

Over the past two weeks, Nigerian fintech startup Flutterwave has been under fire after the firm’s Chief Executive Officer was accused of allegedly committing fraud, perjury to insider trading and sexual harassment.

The firm’s CEO Olugbenga Agboola has now come forward to address these claims levelled against him.

In an email to employees, Agboola termed the allegations as false, condemning the impact these claims had had on the firm.

“I’m writing today because I want you to know how concerned I am about the impact that reading the false allegations against our company has had on you all,” he wrote.

“The fact that the allegations of financial impropriety, conflict of interest and sexual harassment have been proved false or have already been reported, investigated and addressed by management matters less to me than the reality that these claims may have shaken your confidence in the company. As founder and CEO, it is my responsibility to address the concerns you may have, and this will be a priority for me moving forward.”

This is the first time the CEO has spoken in regards to the claims reported by West Africa Weekly, a Substack newsletter written by journalist David Hundeyin.

The report highlighted several allegations against the startup and Agboola including fraud and perjury to insider trading as well as sexual harassment.

The report came on April 4, days after Clara Wanjiku Odero- an ex-employee and current CEO of Credrails- published a Medium post and a series of tweets accusing Flutterwave and Agboola of bullying her.

African tech publication TechCabal recently said it received a statement from Flutterwave’s management that read: “The blog post in question is based on recycled and previously addressed claims and several others that are false.”

What did he do?

Among the claims lodged against Flutterwave’s CEO was his involvement with his previous employer, Access Bank, while working on Flutterwave in its early days.

According to the report by West Africa Weekly, Agboola failed to disclose to Access Bank the fact that he was working on the startup.

The report further accused the CEO of taking advantage of his position and resources to build Flutterwave.

In his response, Agboola said, “The allegations about how I started the company are untrue. I shared with you during the retreat that a former boss helped us close one of our enterprise clients. I am thankful for the learning and mentorship I received at the numerous employers I worked at before starting Flutterwave.”

In regard to the insider trading accusations, the report said Agboola created an investment vehicle that cashed in on share prices sold below the company’s valuation to employees who had stock options, especially before a fundraising round.

Agboola however refuted the claim stating that neither he nor Flutterwave has engaged in insider trading adding that ex-employees sold shares they owned to outside parties at some points.

“We followed all legal processes and procedures, including obtaining board approval when needed, when approving the sale of shares,” he wrote. “In addition, we work closely with our outside law firms to stay in compliance with all applicable regulations,” he said.

The newsletter also disclosed several emails accusing Agboola and CCO Ifeoluwa Orioke of having sexual relations with several female employees and harassing some.

Agboola responded by stating, “We have previously investigated employee sexual harassment allegations (including those made against me, and of which I was cleared) and terminated employees who have been inappropriate towards team members. We have had independent third-party reviews which gave birth to the We Hear You and whistleblowing policies that you all know of today. We have always had a zero-tolerance policy [to] sexual harassment and we will continue to take action when necessary. No exceptions.”

READ: What next after Nigerian Fintech Unicorn, Flutterwave scandal? Trading strategies to profit from the lucrative cryptocurrency market