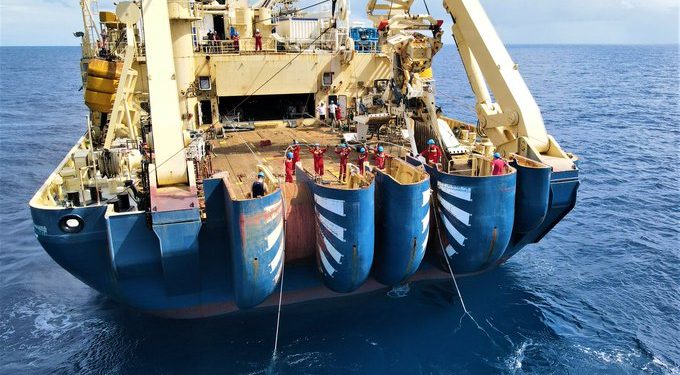 Google positioning itself to reap from the explosive internet market in Africa. [Photo/Twitter]

Google positions itself to reap from Africa’s explosive internet market

The subsea cable will reduce internet prices by 21 per cent and indirectly create 1.7 million jobs in Nigeria and South Africa

Google is very heavy on investing in internet connectivity in Africa, believing that the digital market in the continent will explode in the next decade.

From the installation of subsea cables to the AI and development centres in the continent, Google has made its vision for Africa clear.

Alphabet Inc’s Google (GOOGL.O) has invested in its first-ever Africa product development centre in Nairobi, Kenya, to position itself to serve the fast-growing population of internet users on the continent.

By 2030, Google projects that Africa will be home to more than 800 million internet users, equating to a third of the world’s youth population, making it an attractive investment destination.

Google serves more than 70 per cent of all online search requests. In a joint blog post on April 19, Suzanne Frey, the Vice President for products, and Nitin Gajria, the head of Google Africa, said the California- based company is hiring product managers, engineers, and user experience designers and researchers to staff the new centre.

Google is investing US$1 billion in various projects on the continent over five years, its CEO Sundar Pichai said last October, to help economies accelerate their digital transformation by providing reliable internet access.

The Equiano sea cable landed in Lagos, Nigeria, on April 21.

The governor of Lagos State, Babajide Sanwo-Olu, was the special guest of honour at the digital launch and reception to mark the landing of Equiano sea cable systems in Nigeria.

While speaking at the digital launch, Juliet Ehimuan, Google’s business strategy director in West Africa, said that the cable leverage state of the art technology to provide approximately twenty times more network capacity than the last cable built to serve the region.

Ehimuan thanked the government of Lagos state, WIOCC, the Ministry of communication in digital communication, and the Nigerian Communication Commission for their support of the Equiano project.

Google, which has already installed ten thousand miles of submarine cable, is injecting US$1 billion to support digital transformations and increase internet speed in the continent.

Google has the most advanced fibre optic cables in the world. The Equiano subsea cable will run from Portugal along the West Coast of Africa, connecting southern Europe with Togo, Nigeria, Namibia and South Africa.

According to Nitin Gajria, the managing director of Google in Africa, the subsea cable will reduce internet prices by 21 per cent and indirectly create 1.7 million jobs in Nigeria and South Africa.

Read: Google invests in cybersecurity as users in Africa grow

Connecting people and places form the basis of what Google does. Google expects the cable to operate in South Africa, its last destination, by late 2022.

In 2019, Google opened its first artificial intelligence laboratory in Africa, centred in Accra, Ghana, to support researchers in the continent with the tools and the environment necessary to develop Artificial Intelligence products. Google is encouraging the creation of AI products to solve different problems that the continent is facing, especially in the agricultural sector, starting with how smallholder farmers can deal with the issues they are facing.

Moustapha Cisse, the lead research scientist to head the Google AI centre in Ghana, says that the AI centre will improve the health sector in Africa for both humans and plants.

The AI lab focuses on plants to reduce the food insecurity in the continent by preventing crop diseases from killing plants.

An essential feature of the AI lab development is that the lab will work directly with researchers from African universities, provide grants to students and academics interested in the AI field, and support PhD scholarships. This will promote the future development of a new generation of AI scientists and developers within the continent.

Defying the Odds: Africa investment growth on a high post-Covid-19