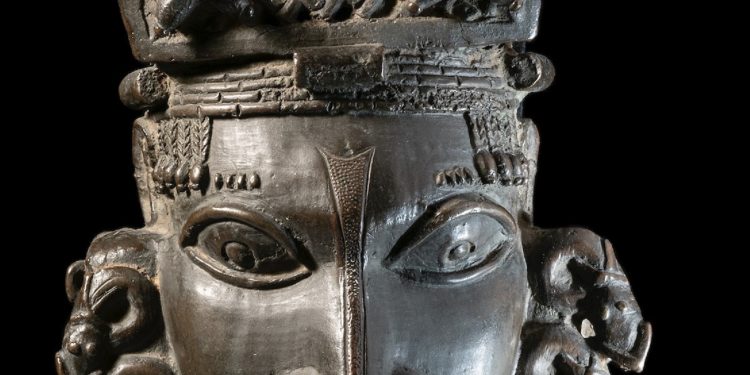 From each sale, 20 per cent will go to the Looty Fund, which aims to offer African artists grants and donations in the form of money and equipment, enabling them to improve their artwork

During the pre-colonial error in Africa, a wide range of valuable artefacts were taken away to the western countries. About 60 years later, Africans feel the need to get the artworks back to preserve their history. However, one Nigerian art firm called Looty has come up with a unique way for Africans to view and preserve the already existing history and culture.

Chidi, not his real name, a 34-year-old Nigerian founder and creative designer of Looty, said that the firm tracks down African artifacts in museums across the world scan them, and converts the artwork into non-fungible tokens (NFTs).

NFTs are digital assets in the form of a digital file, an image, video or audio that a seller uploads to a cryptocurrency exchange platform for people to buy through cryptos.

Read: Understanding NFTs and the new opportunities to monetise art

With the hope of digitally repatriating stolen African art, Looty takes ownership of African art through NFTs. How do they do that?

Repatriating the artwork requires Looty to research individual pieces of art, and visit and scan the artwork in museums using mobile applications. The images are later downloaded into computers, converted into 3D images using special software programs, and lastly generated into NFTs.

Looty is the first digital platform to repatriate stolen African art and has come at a time when the pressure has been building all over the continent with Africans demanding European colonizers give back the stolen art.

The Looty project started operation in November 2021 but will officially launch its website on May 13. Aside from Chidi, the project also involves two other Nigerians and a Somali, with each team member specializing in 3D design, NFT technology, or editing.

The project has already created 25 NFTs, among them the famous “Benin Bronzes” in Nigeria that were looted 125 years ago.

What purpose does Looty serve?

Looty intends to sell the NFTs in the NFT marketplace. Part of the project proceeds from the NFT sales will go towards supporting African artists to develop their skills.

Chidi believes that the NFs will serve as an inspiration to African artists who can be able to digitally monetise their art.

Chidi said that the process is not elementary arguing that it is similar to a re-sculpture of the artwork. He told BBC that the scanning and converting of one piece could take a whole week to complete, or even more.

Looty aims at creating a metaverse for African art

Currently, Looty aims to repatriate all African art to inspire African artists and raise funds to help them advance their skills. The upcoming website will only support the purchase of NFT art via cryptocurrency.

From each sale, 20 per cent will go to the Looty Fund, which aims to offer African artists grants and donations in the form of money and equipment, enabling them to improve their artwork.

Chidi hopes that activism will eventually see European museums return all stolen artwork to Africa. However, he dreams of building a metaverse that comprises all the pieces Looty reclaims.

This news comes as African art continues making its way into the web3 ecosystem. In March, South Africa turned Nelson Mandela’s original 1962 arrest warrant into an NFT which sold for approximately US$130,000 to help raise money for the Liliesleaf Museum Heritage Site.

The origin and inspiration behind Looty

The prevalent conversations about NFTs and the rampant looting of African artwork by colonizers gave Chidi the idea to create Looty. In the faith to deal with both matters, he together with three others came up with the project.

Although the legal rights governing NFTs are still undefined, their popularity is fast increasing.

However, he said the name of the project was from a dog that a British serviceman, Captain John Hart Dunne gifted Queen Victoria to add to her collection of royal dogs in 1860. As Chidi tells BBC, Looty was taken during the Second Opium War after the British sacked a royal prince in Peking, now Beijing.

Looty was one of the first dogs in the United Kingdom that later changed its name to Pekinese dog. The founder, however, asserted that Looty, the platform, operates in a legal and non-violent way.

Despite projects coming up that will increase the adoption of cryptocurrency in Nigeria, the government is not as excited about the growing adoption of digital money.

Instead, they are using their central bank digital currencies (CBDC) to fight crypto adoption in the country.

Governments worldwide are weaponising their CBDCs to fight crypto adoption in their countries. They want to use the blockchain technology behind the success of these cryptos, but they are against the decentralization behind these cryptocurrencies.

Decentralization takes away the power of the government to control money flow, which appears threatening to a country’s sovereignty.

Moreover, CBDCs could allow administrations to have the upper hand when controlling their monetary policies. With the digitization of the national currency, it becomes easier to collect taxes, minimize corruption and control theft by freezing accounts of the culprits.

One of the countries in Africa using its CBDC to steer the country away from the growing adoption of cryptocurrencies is Nigeria.

Despite a report from the UN stating that the adoption of digital currencies and the harsh crypto restrictions are crippling the country’s fintech sector, The Central Bank of Nigeria (CBN) is moving ahead with plans to upgrade the country’s CBDC (the eNaira) to be used on a broader range of goods and services.

The bank’s branch controller, Bariboloka Koyor, said at a campaign in the Kairo market in Lagos that CBN will include bills payment in the upgraded version of the eNaira. The campaign targeted sensitizing businesses to the eNaira to pay for goods and services.

Mr Koyor said that there would be an upgrade on the eNaira speed wallet app to make onboarding easier. The upgrade will allow customers to do transactions such as paying for DSTV, electric bills, and paying for flight tickets, among other functions.

Koyor praised the eNaira, saying that its wallet had no charges and was faster than internet banking.

He gave a peep into the government’s end goal with the eNaira, adding that in the future, the eNaira wallet will be the only way to receive financial assistance from the government.

“This is a project that the Central Bank of Nigeria has rolled out to reach every Nigerian in terms of financial inclusion and terms of efficiency, reliability, and safety of banking transactions so that we can do banking transactions very easily and safely and the people in Nigeria can enjoy the benefit of the eNaira,” Koyor said.

The value of the country’s fiat currency, the naira, has dropped by over 209 per cent since 2015, which has pushed many Nigerians to embrace the possibilities of cryptocurrencies.

Nigeria has the largest population of crypto users in Africa, and it has the world’s second-largest bitcoin market after the United States.

A report from Kucoin, a cryptocurrency exchange platform, stated that around 33.4 million Nigerians or traded cryptocurrencies since November 2021.

Nigeria’s restrictions on crypto trading tightened after the launch of the eNaira in October 2021. Earlier in the year, The Central Bank of Nigeria banned commercial banks from servicing crypto exchanges citing their volatility, money laundering and the financing of terrorism. To stamp on this ban, the CBN ordered the accounts of the two crypto traders to be frozen in November 2021.

The crackdown by the government led commercial banks in Nigeria to track down customers trading cryptocurrencies who could possibly be behind the illicit trade in the country.

A report by Organisation for Economic Co‑operation and Development (OECD) and the UN expressed concerns over the urbanization of Africa, stating that young Africans working in the fintech sector to create apps or trade digital currencies or cryptocurrencies were at risk from arbitrary government policies.

“The restrictions on cryptocurrency transactions in Nigeria have crippled foreign direct investment (FDI) in the fintech industry and negatively impacted millions of young Nigerians who earn a living from the sector,” a section of the report read. “Many have found a way to lawfully bypass these restrictions and continue the business, effectively denying Nigeria the taxes and transaction fees that would otherwise come into the system.”

Countries are seeing the potential in Central bank digital currencies, and there are no signs that their adoption will slow down. Eighty per cent of central banks in the world are considering adopting digital currencies. Among the countries in Africa riding on the realization of CBDC include Nigeria, Ghana, Tanzania, the Central African Republic, and Kenya, among many others.