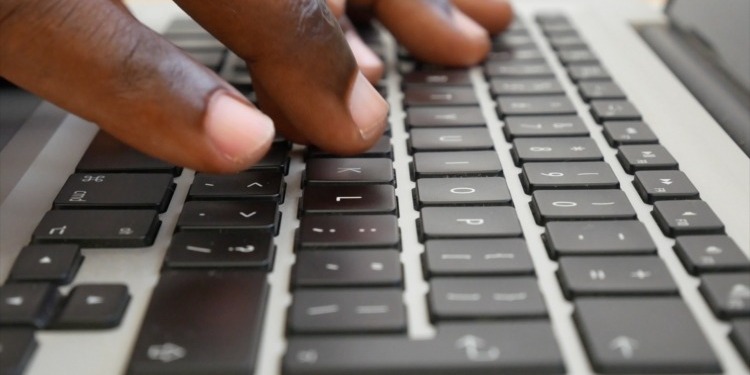 Gig work in Kenya is anticipated to experience significant growth. However, the growth is not quick enough to address all the unemployment challenges. [Photo/JiveNaija]

Why it’s time to invest in Kenya’s gig economy

The overall unemployment rates in Kenya stand at 26.4 per cent due to the Kenyan economy’s inability to provide employment opportunities.

To fill this gap, the gig economy is increasingly providing alternative economic opportunities.

In a 2019 report by the Youth Impact Labs, gig work is gradually changing the nature of how Kenya’s workforce accesses jobs, and the phenomenon is shifting the access of work opportunities from informal to digital platforms hence offering new revenue streams, creating more stability and formalizing work conditions.

Read: Investing in Africa’s Gig Economy may be the continent’s solution to change

In the report, Towards A Digital Workforce: Understanding The Building Blocks Of Kenya’s Gig Economy, the total size of the online Kenyan gig economy will reach US$345 million in 2023 and will employ a total of 93,875 gig workers.

For ride-hailing platforms, the number of drivers is expected to grow in line with cities like London and South Africa. The main metric for growth is demand-led based on the number of users. By keeping the ratio of drivers to riders constant it is anticipated that the total number of Uber drivers will reach 19,321 by 2023.

For online rentals, assuming Airbnb listings continue to grow in line with historical growth rates this sector will grow from US$5 million to US$13 million. The number of listings is expected to reach 16,299 from the current 7,812. The associated growth rates of annual earnings and workers are expected to be 26 per cent and 20 per cent respectively over the period.

The challenge is more pronounced in the youth bracket where the 15-34 year-olds account for 84% of the unemployed in Kenya. Additionally, the country is experiencing a ‘youth bulge’ with approximately 20 per cent of the country’s population made up of youth between the ages of 15 and 24-years old.

This ratio of youth is above the world’s average and Africa’s average of 15.8 per cent and 19.2 per cent, respectively.

The gig economy has been the norm in Kenya for decades given that the economy is largely defined by a large informal sector which accounts for 83.6 per cent of the working population, employing 14.9 million workers. The online gig economy in Kenya operates across several sectors, including transport services, personal and household services, business services, delivery services, professional services, hospitality and medical care.

Agriculture, manufacturing, construction, trade, hospitality, transport and communications and community, social and personal services are the top sectors that account for these workers.

The ‘offline’ gig work is made up of seasonal workers who are engaged in economic activities for only specific periods of the year, and casual workers who engage in work where the terms of engagement state that they receive payment on a daily basis and do not work for a period longer than 90 days.

With the strong growth of Kenya’s mobile (32 million users) and internet (8 million users), subscription has catalyzed the emergence of online platforms in the East African nation. These online platforms enable online gig work by connecting gig workers with clients that are looking to commission work, hence enabling gig workers to exploit underused capacity and transforming dormant capital into active capital.

Platforms are opening new markets to a range of workers, reducing barriers to entry and scale and building a level of trust between clients and gig workers enabling transactions to occur more frequently. They offer new revenue streams for gig workers, reducing the unstable and precarious nature of their work, and in some cases, the time taken to search for work.

The gig economy has numerous benefits for gig workers since gig work buffers them from unemployment, increases labour force participation, enables economic opportunities and increases the productivity of Kenyan youth.

Moreover, gig workers are afforded flexible work opportunities. The autonomous nature of gig work has enabled some gig workers to transition into entrepreneurial positions. Additionally, gig workers working through platforms report improved livelihoods as a result of access to frequent and decent jobs which in turn results in stable incomes.

Kenya’s gig economy is driven by the demand side, especially in transport and domestic service uptake by urban households. Corporate employers and SMEs however still remain hesitant. While demand for gig workers in the transport and domestic industries has grown as a result of the high uptake of platforms such as Uber, Safe Boda and Lynk, uptake of online professional services offered by gig workers is still very low, especially among corporates due to misperception of poor quality.

The most notable thing though is that online gig work in Kenya is still limited to urban areas. While the government and other development actors have made efforts to introduce youth in rural areas to digital skills and work, poor network coverage or connectivity quality, poor information and low awareness and trust in gig work continue to limit penetration in these geographies. This means that many youths remained locked out of gainful employment. Herein lies an investment opportunity.

The potential is immense since as of 2019, the total size of the online Kenyan gig economy was US$109 million and employing a total of 36,573 gig workers. The ride-hailing (US$ 45 million) and online professional work platforms (US$55 million) accounted for the largest portion of the online gig economy by both value and number of workers.

Online rentals and blue-collar matchmaking platforms accounted for US$5 million and US$3 million respectively. The total size of the offline Kenyan gig economy is 5.1 million workers accounting for US$19.6 billion in 2019 across six key sectors of agriculture, manufacturing, trade & hospitality, construction, transport & communication and community, social & personal services. Together, the online and offline gig economy accounted for US$19.7 billion employing 5.13 million workers.

The offline Kenyan gig economy will reach US$28.95 billion in 2023 from the US$19.6 billion recorded in 2019 and will employ a total of 5.7 million workers. The key growth sectors for employment and earnings will include manufacturing, construction, trade and hospitality.

Gig work in Kenya is anticipated to experience significant growth but the growth is not quick enough yet the sector holds significant promise to formalize Kenya’s workforce.

The report notes that there are evident opportunities to catalyze faster growth of the sector. Collaboration between industry stakeholders in a bid to unlock barriers, streamline efforts and set up growth drivers will be critical in unlocking gig work in Kenya.

Read: The Billions transacted over mobile in East Africa