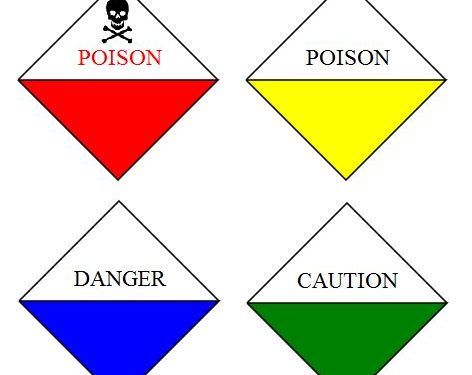 Why Kenya should withdraw harmful agrochemicals from the market

by Chacha Mwita
in Uncategorized
0
Share on FacebookShare on LinkedIn

A lobby group consisting of organizations that advocate for sustainable agriculture is pushing for the immediate withdrawal of harmful pesticides in Kenya.

These are pesticides containing active ingredients that are toxic to human health and the environment, and that threaten food security and affect food safety in the country.

According to the group, at east 32 per cent of pesticide active ingredients that are currently registered and being sold in products in Kenya, have been withdrawn from the European market, due to their serious potential impact on human and environmental health.

Informed by a White Paper on pesticide use in Kenya that was commissioned by the RTFI, the organizations are calling for the withdrawal of specific active ingredients which can have multiple chronic health effects and are found in many products in the country, despite a move in other regions around the world to enact regulations to curb the use of toxic pesticides.

These active ingredients include, but are not limited to, permethrin, carbendazim and acephate.

Findings have shown that there are 24 products in the Kenyan market, which are certainly classified as carcinogenic, meaning they have the potential to cause cancer while the same number (24) are mutagenic, meaning these substances have the capacity to cause damaging genetic changes.

“It is disconcerting to note that the sale of these chemicals, many of which are not approved in Europe, is going on unabated with little regard to public health and environmental safety. Others have been proven to negatively affect hormones and show clear effects on reproduction,” said Layla Liebetrau, the Project Lead of the Route to Food Initiative.

With the volume of these imported chemicals more than doubling within four years from 6,400 tonnes in 2015 to 15,600 tonnes in 2018, the group is concerned that farmers as well as consumers are directly exposed to highly toxic pesticides.

“Withdrawing these products from the market will reduce their availability to farmers and would be an urgent and significant step in trying to reduce the adverse effects pesticides pose to our health and food safety,” said Eustace Kiarii, CEO of the Kenya Organic Agriculture Network.

“The assumptions, such as ‘safe use’ and labelling, that inform whether a pesticide is registered in Europe is different in Kenya which may lead to higher exposure risk for farmers, consumers and the environment,” Mr Kiarii added.

Through the Pest Control Products Board (PCPB) there are 247 active ingredients registered in 699 products for horticultural use.

The active ingredient glyphosate for example, is registered in 39 products by 22 companies.

In addition, the findings show that the products registered in Kenya, that are withdrawn from the European market, are mostly sold by European companies (75 products), followed by Chinese companies (55 products) and Indian companies (16 products).

The level of exposure to this toxicity is therefore on all and sundry. Residues are found everywhere – in our food, our drinking water, in the rain and in the air and thus the call for immediate action.

The partner organizations have also noted that the Kenyan Plant Health Inspectorate Service (KEPHIS) irregularly takes food samples for testing, and the actual levels of pesticides are not made available to the public, threatening the understanding about the safety of food consumed.

Additionally, epidemiological health studies related to pesticide exposure in Kenya, do not exist. This means the extent of impacts of pesticides on the environment and health of the citizens, is not definitively known.

Historically, excessive use and misuse of pesticides has been linked to contamination of surrounding soil and water sources, causing loss of biodiversity, destroying beneficial insect populations that act as natural enemies of pests and reducing the nutritional value of food.

Esther Bett, who is a Programme Manager at RODI and small-scale farmer in Uasin Gishu County noted:“While regulators are mostly concerned about health risks through pesticide residues, their effect on non-target organisms are hugely underestimated, especially in African registration procedures. Pesticides can persist in the environment for decades and pose a global threat to the entire ecological system upon which food production depends.”

The lobby group is calling on partners and the responsible national and county government authorities to implement regular monitoring of food produce, processed foods and the natural environment, and to address issues such as transparency and data gaps, in an effort to curb the rising issues of pesticide use in Kenya.

This should be tempered with sensitization of farmers and consumers on sustainable, ecological farming alternatives and healthy food choices.

Within the National Pesticide Residue Monitoring Programme (NPRMP) undertaken by KEPHIS, 1139 food samples were taken. Out of the 1139 samples collected from the field under the NPRMP, 530 (46.53%) had pesticide detections, while 123 (10.80%) had exceedances of set EU maximum residue levels (MRLs).

With respect to the samples collected, kales, peas and capsicum had the most pesticide residue detections at 94.40 per cent, 75.84 per cent and 59.18 per cent.

The RTFI is a programme working towards realising the Right to Food in Kenya, which is provided for in Article 43 of the Constitution:“Every person has the right to be free from hunger, and to have adequate food of acceptable quality.”

BIBA-K on the other hand is an umbrella body representing 68 member organisations whose vision is to ensure the public is aware and alert about issues concerning the environment, agriculture, livestock, food safety and health and biodiversity.

KOAN is a national membership organization for organic stakeholder’s agriculture in Kenya. It was formed to coordinate, provide leadership and professional services to all members and other stakeholders in the organic agriculture industry in Kenya.

RODI’S mission is to promote human dignity among communities in Kenya and other Eastern African countries, through enhanced food security, health and crime prevention. RODI has a vision of sustained food secure, healthy and crime free society.