Africa CDC said that the new rules will discriminate between the recipients of COVID-19 vaccines not based on the vaccine received but on the region in which these vaccines were received.

by Kawira Mutisya
in Africa, Health
0 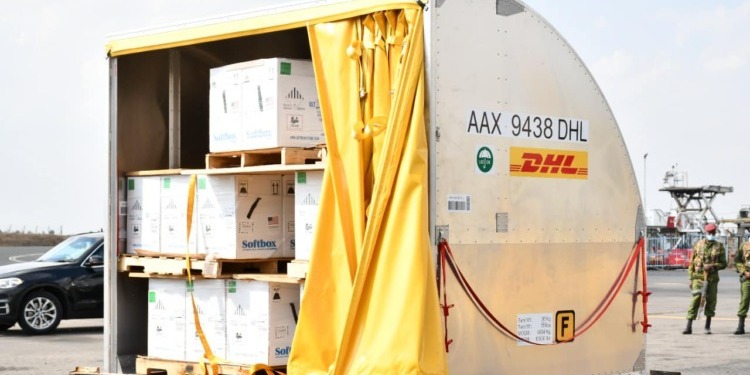 Pfizer vaccines from the United States

The Africa Centres for Disease Control and Prevention, Africa CDC, has issued a statement on the recent international travel rules in the context of the COVID-19 pandemic.

The Specialised Technical Institution of the African Union, noted in a statement that the planned changes to international travel rules are discrminative.

The rules  were communicated by the Government of the United Kingdom (U.K), which will be enforced starting at 4:00 am on Monday 4th October 2021.

Africa CDC said that travellers whose vaccination is not recognised based on where they received the vaccines, including but not limited to the African Union Member States, will have to take additional measures resulting in a significant financial and social burden.

These extra measures include two additional tests (pre-departure and “day 8 test” and quarantine for ten days. “The sources provide no further explanation and rational behind this new rules,” Africa CDC stated.

The institute of the African union further noted that the restrictions will therefore apply to persons having received vaccines through the COVAX programme, of which the U.K is one of the largest supporters, with over USD 700 million as well as 80 million vaccine doses pledged to the programme. The COVAX supplies constitute almost half of the COVID-19 vaccines supplied to the African continent to date.
“We are deeply concerned that policies and rules such as this carry a risk of deepening vaccines hesitancy across Africa and creates distrust in the community. Given the severe consequences of the rules, the Africa CDC, therefore, urge the U.K government to a) reconsider their decision and b) with the African Union to discuss how to ensure mutual recognition of vaccines provided through its donations. This will help avoid further restrictions on the movement of the African population, which is already impacted by the limited access to vaccines. As of today and mainly due to supply restrictions, while more than 40 per cent of the world population have received at least one dose of the COVID-19 vaccine, only about 4.0 per cent of the African population are fully vaccinated,” it stated.

The rules on the UK government’s website further stated that for international travel to England will change from the red, amber, green traffic light system to a single red list of countries and simplified travel measures for arrivals from the rest of the world.

“The rules for travel from countries and territories not on the red list will depend on your vaccination status. If you arrive in England before 4 October, you must follow the current rules. This means you must book and take any COVID-19 tests you need and follow the quarantine rules that are in place at the time you arrive in England.” it stated.

Africa CDC has been known to fight for the health rights of the continent. The organisation recently moved to called on partners and governments to do more to end vaccine inequity.

“The deep inequities in vaccine distribution are also linked to the devastating socio-economic impacts of COVID-19. According to a report released in April 2021, economic disruption is likely to persist in Africa due to COVID-19 restrictions—and the slow pace of vaccine rollouts. Worryingly, Africa has been facing multiple, chronic crises, including poverty and food insecurity, which have been exacerbated by COVID-19,” the organisation noted in a statement, warning that in addition to slow vaccine rollouts, the presence of several crises, including COVID-19, in many African countries, is resulting in the continued loss of lives and livelihoods. The three institutions also indicated that having the vaccine doses alone won’t be enough.

“As we call for the end of vaccine equity, we know that the work doesn’t end there. We also need to be able to deliver those vaccines to the communities; ensure that people are prepared to be vaccinated and that the doses are being delivered where they are needed. It is crucial to continue working more closely with communities.” Dr John Nkengasong, Director of Africa CDC said.

Africa CDC is a specialized technical institution of the African Union which supports Member States in their efforts to strengthen health systems and improve surveillance, emergency response, prevention and control of diseases.

Also Read: UK’s CDC to use US$39.2 million investment for SMEs in West Africa