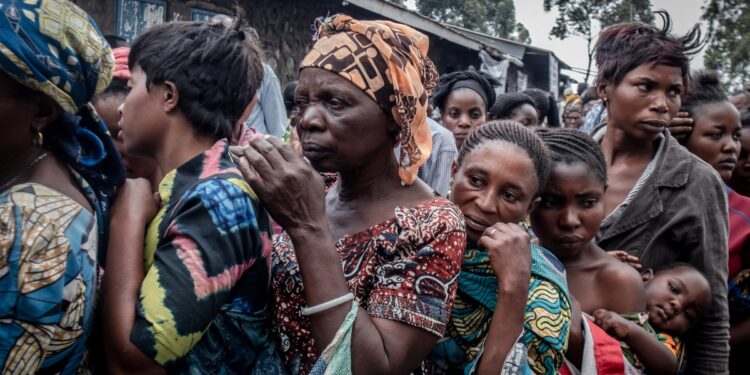 African governments prioritizing themselves over their people. [Photo/Al Jazeera]

by Joseph Kangethe
in Africa, African Entrepreneurship
0
Share on FacebookShare on LinkedIn

One of the biggest fallouts in the African continent is the failure of the governments to invest in their people. The heads of state, project implementers, and regulators have become nothing but eyewitnesses to their citizens’ exploitation by foreign investors.

African leaders have also had a massive share in projecting and encouraging the suffering of their people. From promoting exploitation from lending apps to the leaders’ defrauding payment of taxes to stalling development projects aimed at benefitting the citizens, the African people do not know where to run. In whose hands are they safe?

Read: Africa’s richest men who became richer in a pandemic

Democratic elections in the continent are a chance for the citizens to elect leaders who will drive change, but the bears eat their children from the look of things.

Lending apps are examples of the leaders watching the exploitation of their citizens with little action taken against them.

Like their governments, Africans have made short-term loans part of their day-to-day lives. Loan issuing platforms have increased, and most of them do not consider the loan credibility of the borrower or even ask for a loan return guarantee.

The minor demands from the apps increase their popularity in a continent where most people are unemployed. As much as they have come in handy in helping citizens make a little progress, they have created a form of slavery!

They have very high-interest rates tagged on them, some as high as 360 per cent of the amount borrowed.

The central banks and regulatory authorities have failed to control these lending apps, especially their interest accumulation rates. They are exploiting people in broad daylight as governments watch. Most of these app owners are foreign investors – to add insult to injury! They do not create employment for our people, and most of the acquired revenue does not end up in African economies.

Most of these apps issue mobile money, and their popularity has increased in East Africa. A famous mobile service provider in Kenya, Safaricom reported that Kenyans borrow Ksh1.2 billion ($10.6M) daily in small loans through Fuliza. The service provider also noted that the country had borrowed Ksh351 billion ($3.1B) in 2021.

It is absurd that governments are watching this exploitation happening! And it is high time that the central banks and regulatory authorities take up the responsibility to regulate operations of the lending apps.

Taxes would improve a given country’s economic state, but African leaders are at the forefront to evade taxes.

African leaders investing in other countries

The recent leaked Pandora papers have shown how African leaders have directed their investments towards other countries and kept the investments a secret to avoid taxation and hide their wealth.

Leaders exposed by the papers include Presidents Denis Sassou-Nguesso of DRC, Uhuru Kenyatta of Kenya, and Patrick Achi of Cote d’Ivoire, among 46 other politicians.

The papers showed that Sassou owned a company that controlled diamond mines. Seven members of the Kenyatta family were linked to at least seven offshore companies and foundations. Through Union Banque Privée (UBP), the Kenyatta’s set up three foundations to avoid inheritance tax and hide their extensive wealth. The foundations were suspended after failing to pay annual taxes, law firm Algocal says.

These leaders have been evading paying taxes while, on the other hand, demanding the taxes from their country citizens.

The level of individuality from the government officials is saddening as they participate in building other countries’ economies while theirs are ailing. Sad!

The leaders have also lost a lot of money by investing in projects that are left incomplete. The International Monetary Fund reports that project completion in Africa has failed more than fifty per cent.

In an attempt to improve the lives of their people, African governments have commissioned multibillion-dollar projects, and halfway into project implementation, the plans halt.

One of the leading causes of the stalling is the transfer of power through elections. The incoming government suspends most projects commissioned by the previous governments in a power confrontation disagreement.

Other causes include corruption, bad governance, poor planning, and poor public spending decisions.  An example is the Saglemi Housing project in Ghana. The ambitious project intended to build 5000 housing units to relieve the pressure of affordable housing in the country. The contractors built a thousand fifty-two units but were not fully completed, with the government using over US$200 million. Contractors eventually abandoned the project due to bad governance and embezzlement of funds.

Many funds get lost, and the infrastructural target to relieve the citizens is never achieved. Governments continue to lose funds as the premature cancellation of signed contracts calls for heavy compensations.

African leaders should put their differences aside and continue with prospective projects started by previous governments to prevent loss of funds, and encourage infrastructure improvement, just as they should reduce unnecessary importation into their countries.

There is indeed no country in the world that can survive without depending on imports, but in Africa, the dependency overruns reason. A case example is the importation of second-hand clothes, whereas textile industries in Africa can sustain clothing demand.

Forty per cent of the imported used clothes are waste and contribute heavily to dumping in the oceans. Embracing the local textile and clothing production would reduce ocean pollution by a considerable percentage and create a market for cotton farming in the continent.

The textile industry would also expose the beauty of African designs, creating an export market. Textile importation would generate more revenue for the government.

Rwanda has been one of the countries that have banned the importation of second-hand clothes. In two years, garment-textile exports grew by 83 per cent to 2020.

African countries have been importing milk-made products (yoghurt, butter and cheese), sugar, tomatoes, maize and eggs. Most of these products can be generated locally, but governments are not investing in their people.

The supply of unhealthy foods has become more than just a food fad; it has contributed heavily to the health, nutrition, and body fitness sectors. Fast foods industries are thriving in the continent, with the most prominent fast foods companies setting firm ground in Africa: McDonald’s, KFCs, Burger King, Yum! brands, etc.

The industries thrive because of urbanization, increased incomes and more hectic lifestyles, unhealthy eating habits and lack of physical exercise. They also create revenue for the government by paying taxes, promoting goods in the local market and creating employment.

But the deterioration caused by these foods on people’s health is alarming. The market size for obesity treatment was US$8.36 billion and promises to reach US$27.10 billion by 2028.

Just as the US government has restricted certain foodstuffs in the market, the heads of state in Africa can issue such a directive.

Embracing the fast-food chains is leading to a loss in cultural foods. Recently, a potato shortage in Kenya exposed KFC to importing potatoes when potato farmers were dealing with a surplus supply.

Empowering the thriving of local industries would surpass the value provided by these foreign firms. The same would apply if projects by African countries allowed local professionals to participate in their implementation.

Every year, thousands of university students in Africa graduate with construction-based course degrees. But most of the construction of infrastructure is done by foreign firms. That begs the question: is the education system in Africa not capable of creating competent engineers, or are there racial biases in project implementation? If the problem is the education system, shouldn’t the decision be to improve the situation?

Africa has also been exporting their best brains to universities globally because of the poor education system in the continent. Africans have made countless inventions in the West. The continent is brain-draining itself!

The debt situation in the continent is worsening. Governments are revising their debt ceilings to allow for further borrowing.  Loans should serve the sole purpose of improving the revenues in the countries. Still, corruption has been a big seepage out of the borrowed finances.  The result is punitive heavy taxation policies to the citizen. Governments end up taxing anything and everything, increasing the cost of living for the citizens.

Could this lead to a mortgage of countries in the continent to private lenders? Or are they already mortgaged?

African governments are not doing enough to see that their citizens benefit maximally from development projects in their countries. Discovering minerals in the continent continues to displace most Africans from their land.

Africans have been displaced on several occasions because they live in a fossil fuel potential area. That is understandable, or is it?

More than a third of exports from more than 60 per cent of African countries come from minerals mined in the continent. How well are the misplaced people compensated? Are all of them compensated for the land they issue to set up the multi-billion-dollar industries?

For several years, mining sites have not been safe. People have been dying following their collapse. It gets regrettable when mining continues without governments taking any preventive measures on the safety of the miners.  More than 69 miners died in South Africa in 2021, up from 48 in 2020.

The recently held COP26 identified the dangers of carbon emissions that might be irreversible by 2030. African governments are still reluctant to invest in non-carbon emitting projects. Their emphasis is still on uncovering more fossil fuels.  There are better projects to generate energy, such as the hydrogen projects and the invention of electric vehicles.

There needs to be a new awakening for African leaders to invest in their people. That is the only way the continent will rise from its knees to stand alone in self-sufficiency.