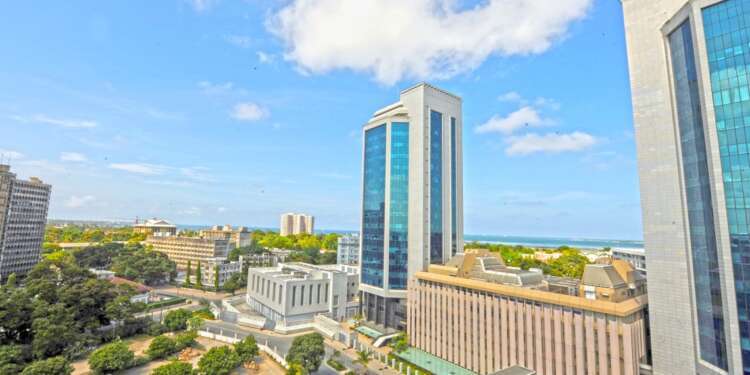 The China Commercial Bank has been taken over by Tanzania's Central Bank, due to capital inadequacy and inability to effect capital restoration.

by Giza Mdoe
in Africa, Banking
0
Share on FacebookShare on LinkedIn

The Bank of Tanzania (BoT) has reassured customers and stakeholders of the China Commercial Bank Ltd. in Dar es Salaam that their interests are safe and secured.

“We want the public and all stakeholders to know that their money is safe and secure,” said a BoT source (name withheld).

The source went on to state that, as the official press statement from the bank says, all the stakeholders’ interests will be protected.

However, customers will not be able to carry out any transactions for the 3 months’ period that the bank will be closed.

On the morning of 19th November 2020, the central bank of Tanzania (BoT) announced that ‘following of China Commercial Bank Limited to meet regulatory requirements regarding capital adequacy, the Bank of Tanzania has, pursuant to powers conferred to it under Section 56(1)(g)(i) and (iii) of the country’s Banking and Financial Institutions Act 2006, taken over the administration of China Commercial Bank Limited.’

As such, the BoT moved to place the China Commercial Bank Ltd under statutory administration. Further still, the BoT has effectively suspended the Board Of Directors and the Management of the said bank and brought it new interim administration.

“Be informed that the Bank of Tanzania has appointed Neema Koka to be the statutory Manager with immediate effect to handle all matters pertaining to the statutory administration of China Commercial Bank Limited,” the BoT announced.

In Tanzania, the central bank has set the minimum capital requirement for a commercial bank at $6.48 million or 15 billion shillings.

Various media outlets covered the breaking news quoting the BoT, “To permit China Commercial Bank Limited to continue with banking operations while under the state of undercapitalization is detrimental to the interests of depositors and poses a systemic risk to the stability of the financial system.”

With the outbreak of Corona Virus, the Tanzania Central Bank the BoT took measures to cushion the economy. The BoT, a government entity, instituted Fiscal Policies to ensure commercial banks stay afloat and are able to keep the economy liquid enough for trade to proceed.

As of May 2020, Tanzania’s central bank lowered the statutory minimum reserve requirements for commercial banks from 7 percent down a notch to 6% percent.

The reduction of the capital reserves came into effect as of June 8 when the BoT leadership said; “We are doing this to provide additional liquidity to banks,” explained the BoT Governor Florens Luoga in a media statement.

The bank also cut its discount rate for lending to banks to 5% from 7% and explained that this move would serve to “provide additional space for banks to borrow from the Bank of Tanzania at a lower cost, thus signaling lower lending rates by banks.”

It did not stop there, the central bank reduced haircuts on government securities to 5% from 10% and those for Treasury bills and bonds to 20% from 40 percent.

The move was explained as a fiscal measure that would allow lenders to access funding from the central bank with less collateral than what they needed before.

It is in the backdrop of these lowered liquidity requirements that the China Commercial Bank Ltd has been placed on statutory hold and management suspended.

Despite the lower requirements and rather lenient law, the bank has still failed to meet the very basics, reasonable capital reserves to protect clients.

If allowed to continue to operate ‘business as usual’ the public would be at risk of investing or saving in a bank that is potentially going under. The minimum capital requirements are after all meant to make sure that any given commercial bank has enough cash stored away at the BoT such that in the event of any economic upheaval, the like that was wrought upon the country by the coronavirus strikes, then the said bank would have enough capital to pay clients.

The law on commercial bank capital reserves is in place to protect the public from losses should a bank fail its operations, as has the China Commercial Bank Ltd in Tanzania.