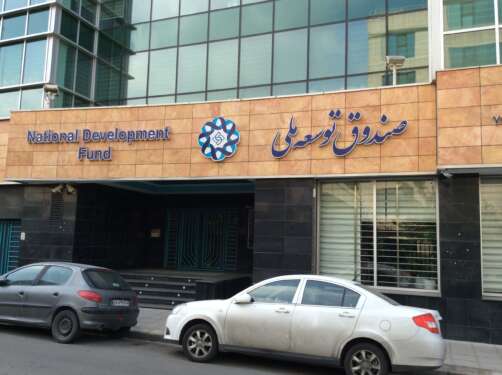 by Mustapha Juma
in Africa, World
0
Share on FacebookShare on LinkedIn

Iran’s development of economic and trade ties with Africa has been facing some problems.

The problems include lack of planning, lack of recognition and interest by the private sector organizations such as chambers of commerce and trade unions, lack of appropriate infrastructure and lack of government resources and facilities.

As part of its plan to gradually solve the above problems, Iran’s National Development Fund (NDF) has opened a €200 million credit line for the country’s Trade Promotion Organization (TPO).

The credit line will be used for developing exports of commodities and services to African countries.

According to Farzad Piltan, the director-general of TPO’s Office of Arabian and African Countries, the fund has been allocated as part of a $2-billion support package which has been allocated by NDF for developing the country’s non-oil exports.

“The board of directors of the National Development Fund has approved this fund and it has scheduled to notify the relevant agencies for its implementation after the plan is reviewed and finalized in the next meeting of the African headquarters headed by the First Vice President,” Piltan stated.

Piltan noted that the TPO and other relevant government bodies and agencies are preparing various programs in order to boost the Islamic Republic’s trade with African trade partners.

The programs set to boost the trade

Piltan went ahead to list some of the programs that are being prepared.

Over the past few years, the Iranian government has been pursuing new plans to promote the country’s exports of non-oil goods and services to new markets in order to reduce the country’s economic dependence on oil revenues.

Also Read: What to expect as Nigerian takes over as WTO director-general

In this regard, TPO has played a significant role in supporting the country’s exporters and to follow up on the implementation of programs in this field.

Since 1979, Iran’s presence on the African continent has been driven by anti-Americanism and efforts to spread Shiite ideology, damaging economic and political relations in the process.

Relations between Iran and Africa were stepped up under Mohammad Reza Pahlavi’s (1941-1979) rule. As the Cold War raged on in the 1970s, the Shah, allied with the West, hoped to stem the spread of communism in the recently decolonised continent.

Benefiting from the first oil shock and looking to expand its influence, Iran provided financial and economic assistance to Ethiopia, Senegal, Somalia, Sudan and Zaire.

“Africa was however just one aspect of the Pahlavi regime’s foreign policy and not a priority,” says Clément Therme, a post-doctoral research fellow at Sciences Po Paris and an Iran expert.

From automotive assembly plants to oil supply, gas production, electricity and consumer goods, Iran has gradually increased its trade with Africa and is developing military cooperation initiatives there, particularly in the naval sphere.

In 2017, Iran’s then foreign minister Mohammad Javad Zarif celebrated the opening of a hospital in Kampala, Uganda, financed in part by the Islamic Republic.

According to Masoud Kamali Ardakani, the former director general of Iran’s Trade Promotion Organization (TPO)’s Office of Arabian and African Countries, trade between Iran and Africa reached a record high of $1.2bn in the 2017-18 financial year.

In October 2020, Piltan said the organisation had plans to redefine its strategy to help Iran benefit from the African market.