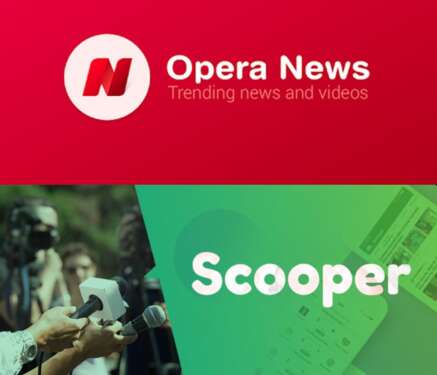 Digital content curation and players are killing it in Africa, by bringing people the latest and most popular news on different categories.

by Mustapha Juma
in Africa, Business
0
Share on FacebookShare on LinkedIn

Digital news curation is one of the businesses that is doing well in Africa.

With most people in Africa having access to smartphones and other gadgets that can access the internet, there has been a growing urge for news and information.

However, despite the availability of certain information, getting the right content you want can sometimes be a hassle as they tend to be scattered all across the internet.

Digital content curation and players are killing it in Africa, by bringing people the latest and most popular news on different categories.

People are now able to get trending news as well as local and international happenings which they can manually personalize according to their preferences.

Currently, there are three digital news curation companies that are making a killing in Africa.

These are Opera News, Scooper News and Phoenix Browser.

Opera News was basically a feature that was incorporated into its Opera Mini browser before becoming a standalone news app.

As interest in the service spiked to over 100 million active users barely after 1 year of introducing the feature, Opera Software decided to launch the Opera News platform as a standalone news app in 2018.

Their offices are currently located on the 7th floor of Purshottam place, along Westlands Road in Westlands, Nairobi.

Before the official launch of the app, Opera ran a pre-launch test which saw over 100,000 people download the app, crowning the Opera News as the most downloaded news app in Africa at the time.

Upon official launch, Opera introduced Opera News as its first product under its “Africa First” strategy and even got more people to download the app as the company offered enticing referral incentives to users who got their relatives/friends/acquaintances to download the app through their referral links.

Also Read: How Iran stands to gain from Africa

This strategy raised Opera News’ download numbers to millions in months. As at the time of concocting this article, Opera News boasts of over 10 million downloads.

Fintech also continued to grow; with fourth quarter revenue of $71.9 million going up to 80% versus the prior quarter.

Fourth quarter adjusted EBITDA of $20.2 million, representing margin expansion versus the prior quarter and above guidance range.

“2019 was a very strong year for our company, and a year that reinforced my confidence that Opera is both an attractive existing business, and a strong platform from which to launch innovative digital services into our core markets,” said Yahui Zhou, Opera Chairman and CEO.

In May 2020, Opera announced its unaudited consolidated financial results for the quarter ended March 31, 2020.

First quarter adjusted EBITDA loss of $8.6 million, and net loss of $20.9 million. Excluding an extraordinary additional loan loss provision of $27 million related to COVID-19, adjusted EBITDA would have been within our guided range for the quarter

Third quarter revenue of $42.4 million, excluding both microlending and retail that are classified as discontinued operations

Strong revenue trends for search and advertising — back to YoY growth in the quarter, and up 33% QoQ driven by increased users, monetization of Opera News, and recovery from COVID-19 impacts.

In 2019, Scooper News was launched, after realising Opera’s success in Africa.

The platform — formerly known as “Eaglee News App” — was re-branded and officially launched by Transsion Holdings in January 2019.

The success of Scooper can, however, be attributed to some factors which include (but not limited to):

As mentioned earlier, Scooper is a product of Transsion Holdings — the company behind popular smartphone brands like Infinix, Tecno and iTel.

Just like Opera also leveraged Opera Mini to pre-test the Opera News service to see if there was a market for it, Transsion also leveraged the success and popularity of its hardware to push the Scooper News App to its target market via old and new Tecno, Infinix, and iTel phones.

Since the Transsion is adding the Scooper app as an out-of-the-box app on its new devices, and the company’s smartphone shipment is growing (in Africa), Scooper is expected to grow beyond the level it presently is.

While a financial report for Scooper News is not available online, Transsion Holdings posted net profit of 1.79 billion yuan (about $253 million) in 2019, surging 172.8 per cent from a year ago.

This is after the company launched the Scooper News app.

Phoenix Browser is the latest entry into the digital news curation business in Africa. It is also owned by Transsion Holdings, the company that owns Scooper News. 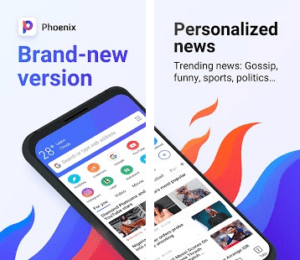 According to Hannah Wang, one of the Phoenix Browser’s operations managers who spoke to this writer, the browser was launched to rival its sister, Scooper News.

In this case, Transsion Holdings is doing a test, to see which product will thrive in Africa.

Phoenix has so far not released any financial report.

Do you think there will be another new entry into the digital news curation business this year?