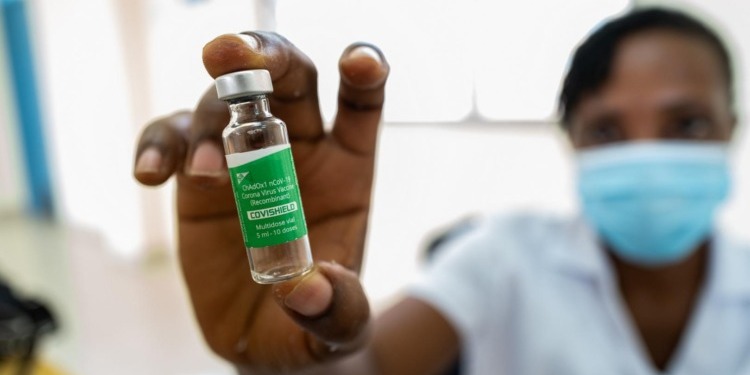 The trial will see 88 healthy, HIV-negative adults, aged 18-55, who are considered not to be at high risk of infection, receive one dose of the vaccine initially followed by a booster dose at four weeks.

by Kawira Mutisya
in Africa, Health
0
Share on FacebookShare on LinkedIn

Kenya and Uganda are among the countries selected for the Phase 1 clinical trial of an HIV vaccine.  According to the Globally Relevant AIDS Vaccine Europe-Africa Trials Partnership (GREAT), the first dose will be given in Lusaka, Zambia while Kenya and Uganda will receive the vaccines in a few weeks.

Dr. William Kilembe, project director of the Center for Family Health Research in Zambia (CFHRZ) and trial principal investigator, said that international partnerships are crucial in developing and evaluating HIV vaccine candidates in countries and communities where HIV vaccines will ultimately have the greatest public health impact.

“CFHRZ is proud to be part of the consortium evaluating HIVconsvX and to deliver the first dose of this experimental HIV vaccine in the HIV-CORE 006 trial,” he said.

The trial will see 88 healthy, HIV-negative adults, aged 18-55, who are considered not to be at high risk of infection, receive one dose of the vaccine initially followed by a booster dose at four weeks.

The information on the vaccine shows that while most HIV vaccine candidates work by inducing antibodies generated by B-cells, HIVconsvX induces the immune system’s potent, pathogen obliterating T cells, targeting them to highly conserved and therefore vulnerable regions of HIV – an “Achilles heel” common to most HIV variants.

“It is crucial that we have a diverse pipeline of HIV vaccine candidates that target both the antibody and T-cell arms of the immune system,” Dr. Vincent Muturi-Kioi, medical director at IAVI, said, adding that HIVconsvX represents an exciting new hypothesis in engaging the killer T-cell arm to prevent HIV infection.

HIV and AIDS in Africa continue to be long-term development challenges. East Africa and southern Africa are the regions hardest hit by HIV.

In Tanzania for instance, despite more people living with HIV benefitting from effective treatment, linkage to care after diagnosis remains one of the weakest parts of Tanzania’s HIV treatment cascade.

Preventing mother-to-child transmission programmes have been successful in reducing the rate of new vertical HIV infections in Tanzania.

There has been considerable political and financial commitment to fighting the epidemic in this region, with some countries such as South Africa and Kenya seeing dramatic scaling up of prevention, treatment and care services.

Meanwhile in Uganda, 1.4 million people are living with HIV, where women, especially young women, are affected in excessively large numbers.  Even though there have been increased efforts to scale up treatment initiatives there are still many living with HIV who do not have access to the treatments they need.

There are many political and cultural barriers that have hindered effective HIV prevention programming in Uganda. As a result, new HIV infections are expected to rise in the coming years.

Many countries in East Africa are still reliant on donor funding to finance their HIV response.

In 2018, 69% of adults in Kenya living with HIV were accessing treatment. Treatment among children aged under 15 was at 61%.  Although HIV and AIDS awareness in Kenya is high, many living with HIV face stigma and discrimination which prevent them from accessing HIV services.

Last year, COVID-19 seized the world’s attention and jeopardized the health and well-being of HIV patients by disrupting the vital HIV treatment and prevention services.

According to a new study by UNICEF, necessary restrictions on travel and gathering in groups have prevented or limited access to health clinics, schools, and a range of facilities for social welfare support. The COVID-19 pandemic has almost certainly stalled the global HIV response and led to the reversal of many critical gains. Women and children are bearing the brunt of the COVID-19 crisis in many of the same ways that they have borne that of the decades-long fight against HIV. While the pandemic is a health crisis at its core, the surging poverty and domestic violence it has caused are greatly impacting the lives of women and children and increasing their vulnerabilities.

“The HIV response for pregnant women, children, and adolescents has reached a pivotal juncture at the end of 2019 because little progress had been documented in many key areas in the preceding four years. Well before the COVID-19 pandemic, it was clear that the world was far from achieving the global 2020 paediatric HIV targets,” the study read in part.

Despite the fact that the COVID-19 pandemic has added further challenges to efforts to build on and sustain gains, there is still hope.

Momentum on HIV prevention for adolescent girls and young women has been accelerating in key affected countries.  The annual number of new HIV infections among adolescents (aged 10–19 years) worldwide has fallen by about one-third (34 per cent) since 2010, to an estimated 170,000 in 2019.  However, much remains to be done. To achieve the global AIDS targets by 2030, ensuring rights to health and protection for young key populations is non-negotiable.

With mothers and children being unable to access the care they need due to lockdowns, curfews, and fear of contracting the virus that causes COVID-19, the number of clients attending HIV treatment clinics, especially pregnant women and children, declined in many countries.

Eventually, people will learn to coexist with the global pandemic and the efforts to fight HIV will bounce back, especially with the recent introduction of the vaccine.

Africa is waiting for this breakthrough on the medical front. To get back on track for children, adolescents, and women living with HIV, it is important to support the ingenuity, resilience, and solidarity of communities in finding ways to confront the restrictions and other challenges of the COVID-19 crisis. The lessons learned can help to design and drive programming that more forcefully tackles longstanding gaps by highlighting and responding to the equity and human rights challenges that create them.