The GSMA Certification signals safer, transparent and reliable means of sending and receiving money by the mobile phone carrier’s users.

by Caroline Muriuki
in Africa, Telcos
0 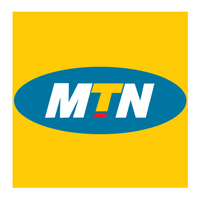 With the certification, MTN Cameroon becomes the first telco in the six-nation Central African Economic and Monetary Community (CEMAC) to be awarded the award.

The GSMA Certification signals safer, transparent and reliable means of sending and receiving money by the mobile phone carrier’s users.

In a statement, MTN Cameroon said in December, the certification of the reliability of its financial services followed a rigorous, independent assessment describing the feat as “a source of pride” for the company.

“Mobile Money users in Cameroon can rest assured in the capacity of MTN to secure their transactions, educate them on the use of the products and services that it puts at their disposal and communicate transparently on the tariffs for various services to ensure optimal quality of service,” said Alain Claude Nono, General Manager MTN MoMo.

MTN Cameroon CEO, Hendrik Kasteel said that the achievement is as a result of important technological and financial investments by the telco in facilitating the development of an inclusive digital economy in the country.

“With the GSMA Mobile Money Certification, MTN Cameroon is more excited about the prospects of the future, and committed to continually render payment via Mobile Money even simpler, more affordable and tailored to the needs of users to whom we give more power, more freedom, simplicity and security.” Said Hendrik Kasteel.

The GSMA Mobile Money Certification was launched in 2018. It is a global initiative, by a group of mobile phone carriers, to ensure safer, more transparent and more strong financial services to millions of mobile money users around the world.
Only 12 out of more than 270 global operators in mobile money service have so far received the GSMA Mobile Money Certification.

MTN Cameroon became the fourth operator within the MTN Group to be certified after Côte d’Ivoire, Uganda and Ghana. Other certified operators on the continent include France telecom’s Orange in Guinea, Safaricom in Kenya, the Democratic Republic of the Congo and Ivory Coast.

MTN MoMo was launched in August 2010 and today it has close to ten million registered users in with a network of more than 70,000 withdrawal points across the country’s 10 administrative regions.

South Africa set for increase in tourist arrivals from India.