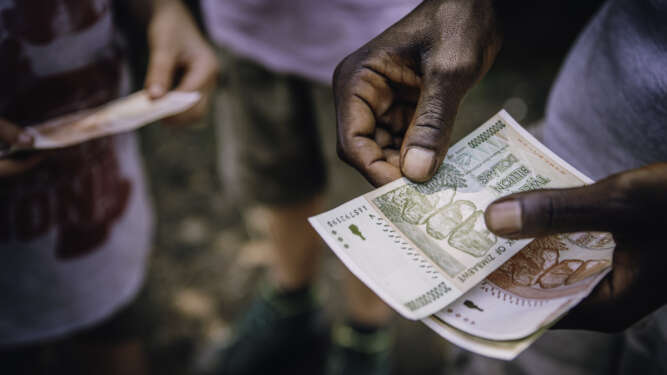 In the majority of cases, African countries are net exporters of the raw commodity making them more vulnerable to the price shocks and changes in demand.

The African continent takes pride in its rich natural resources. The continent boasts of a wide range of minerals, oil, gas, and wildlife among many other commodities. Most African economies are heavily dependent on these resources. Revenue for most is mainly commodity-driven for example, Botswana’s diamonds make up 90% of the country’s total exports. In Nigeria, oil accounts for more than 80% of exports and Zambia is reliant on its copper mines for 70% of its exports.

In the majority of cases, African countries are net exporters of the raw commodity making them more vulnerable to the price shocks and changes in demand. Facilitating trade within Africa may be the roadmap to unlocking Africa’s economic potential.

Two of Africa’s largest trading partners, the US and China, have been dueling for world economic dominance. There are fears of softening demand for Africa’s commodities within these two powerhouses. Of particular concern are worries about a significant increase in the dumping of products into Africa stemming from reduced US demand for Chinese products.

An additional risk factor introduced by the coronavirus pandemic is the dual demand and supply disruptions.  When COVID-19 made its mark on the world, the ensuing result was one of panic all around the world. This heavily shook commodity prices with oil prices, for example, falling sharply to 18-year lows of $23 in March 2020.

The coronavirus crisis affected the sale of raw materials as most countries shut down industry completely. Estimates indicate that 51% of Africa’s exports are targeted towards markets that were heavily affected by COVID-19. Lockdowns simultaneously resulted in demand tumbling. The effects of the pandemic highlighted the problems associated with heavy reliance on external markets.

The extent to which world economies will rebound post-COVID is still highly unclear. In the aftermath of the COVID pandemic and the US-China trade wars, Africa is at risk of facing demand challenges from its traditional partners. This brings to the fore the need for Africa to reposition itself in the global supply and value chain to reduce dependence on outside trade.

Intra-African trade makes up only 17% of trade that takes place on the continent.  This leaves Africa heavily exposed to any external shocks or changing circumstances in the destination markets that will spell disaster for African economies.

There is a need for coordinated efforts among African countries to change this narrative.

Strengthening Value Chains Across The Continent

The African Continental Free Trade Area (AfCFTA) is a welcome development in African economics given the current state of affairs. AfCFTA seeks to address the challenges of an externally oriented trade structure by focusing on increasing internal trade. With the prevailing status quo, African businesses are dictated to by their external partners.

The free trade area will create a single market across Africa improving economies of scale and scope capable of positioning Africa as a global competitive partner. This would create the largest free-trade area after the World Trade Organization that is expected to grow trade within Africa by more than 50%.

This coordination within Africa is set to reduce costs and improve production processes by creating synergies and increasing market reach. Similar to the impact of the industrial revolution in the now developed economies in the 18th century, this move will foster the industrialization of Africa.

Through this industrialization, productivity will advance and change the fortunes of the continent for the better. The current fragmented nature of African countries contributes to the lack of technological advancement on the continent. Under the free trade area, Africa would essentially operate as one market removing all barriers to imports and trade barriers that support individual countries.

A by-product of this Afri-industrial revolution would be job creation and subsequent reduction in poverty across the cradle of mankind.

With a combined market potential of 1.2 billion, the envisioned free trade area promotes stronger integration among markets allowing companies to be able to tap into the whole African market free of impediment. The possibility of integrating value chains among the different African countries is a revolutionary concept that will not only facilitate trade but will also place Africa in a stronger, more competitive position within the global value chain.

Can the AfCFTA Live Up To Its Potential?

Africa as one market would certainly increase its manufacturing capabilities and increase its standing as a block in terms of negotiation and global value chain positioning. The increased capacity would proffer higher negotiating power when it comes to trading with world bodies and organizations. As individual nations, Africa’s capacity has been limited to exporting raw, cheaper natural resources on the back of limited industrial potential. AfCTA will be a game-changer in this regard by developing manufacturing capabilities and reducing infrastructure-related challenges.

However, the question remains whether the existing infrastructural challenges may not themselves hinder the implementation of the free trade area. Inefficiencies exist within the continent such as poor infrastructure, inaccessible road networks, and lack of electricity among other challenges. While the political will might exist, the situation on the ground could potentially hinder the implementation of the continent’s plans. Among the many African countries, only a few are structurally large and equipped enough to be able to institute large-scale competences. In some countries, industrial capacity and infrastructure fall far behind levels required to bring meaningful manufacturing capacity.

The success of this agenda is dependent on the view of Africa as a combination of smaller nations working together as a single unit. The idea being an integration of the capacities and potential within the smaller individual units. This would entail free movement of goods and people across different nations. However, in light of xenophobic inclinations and incidences in some African nations, this may not be possible.

There is also the risk of mismanagement, corruption, and other inconvenient problems associated with governance on the continent. These could put a damper on the free flow of goods and capital across the continent. There are fears of multiplication of these concerns when the continent ‘becomes one’ hindering any successful attempt at creating efficiencies.

It also stands to reason that the biggest African economies would be beneficiaries of this free trade area over the less capacitated nations. This would not curry well with those affected, reducing the will to participate. Further, there is need for good faith discussions on the creation of special economic zones to promote even footing among participants.

The success of AfCTA is dependent on more than just ratification on paper but extends to actual action by member states to remove barriers such as customs inefficiencies. Additionally, the protection of national interest must be superseded by continental interests if at all this program is to succeed.

Of untold African stories: The dilemma of the African writer