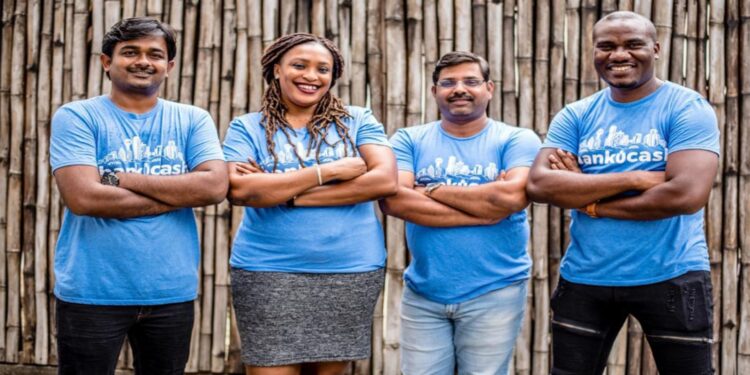 Rewards come in the form of points, and customers can claim them as cash with the points credited when they accumulate an amount above N10,000 ($24.19).

by Joseph Kangethe
in Africa, Nigeria, Tech & Business
0
Share on FacebookShare on LinkedIn

Investors are embracing funding start-ups in the African continent.

Here are some start-ups that are beginning 2022 on a high after some lucrative heavy seed funding.

A multi-merchant loyalty and cashback platform In Nigeria has raised seed funding amounting to $5.3 million to drive its expansion to new markets and launch new products.

Read: Nigeria seed industry the next main destination for trade

ThankUCash connects customers with business services to help businesses grow, retain customer loyalty, and increase sales. The app enables customers to get the best deals and a cash return on every purchase made.

ThankUCash won the start-up of the year in the AfriArena Awards 2021.

The merchant uploads his business (es) on the company’s website and tracks his customer progress on the dashboard.

The consumer downloads the ThankUCash app on their phone or computer.

They purchase with their ATM Card on any business registered on the platform.

Rewards come in the form of points, and customers can claim them as cash. The facts are credited when they accumulate to an amount above N10,000 ($24.19)

The start-up has users above 600,000. ThanUCash has over 1,000 stores and a transaction volume accumulated to $80 million.

The platform is currently operating in Lagos, Abuja, and Port Harcourt in Nigeria. The platform intends to use the seed funding to expand to other cities in the country and Kenya, and Ghana.

Backed up by the capital firm YC, Jabu Technologies has raised $3.2 million in seed funding to invest in its B2B e-commerce and retail operations.

The chief executive of JABU, David Akinin, founded the company in 2020 to revamp the poor and almost non-existent distribution network and supply chain in Namibia.

The company helps small businesses to buy and stock their products while also supplying distributors and manufacturers with data-driven services.

Jabu is in the process of digitizing physical cash collection through the use of wallets in an attempt to capture foreign currency, which accounts for a significant chunk of Namibia’s gross domestic product.

Retailers who deposit their money to JABU destruction centres have it in their bank accounts in less than 48 hours, highlighting its improving efficiency.

Businesses can withdraw and deposit funds at these centres using JABU’s wallets, saving on lining up in banks.

Jabu won the start-up of the year in the AfriArena 2021 awards.

The seed fund will expand into South Africa and Botswana, equip the company’s technology, and train current and additional field agents.

According to an SEC filing signed and submitted on January 6, Parler, a conservative social media platform, has raised $20 million in funding.

The app, which is not android enabled, claims to have 16 million registered users. It describes its mission as defending users against BigTech, Big Government, and the rising cancel culture. Parler also subscribes to being nonpartisan.

On the downside, however, researchers such as the Southern Poverty Law Center and the Anti-Defamation League have called out Parler from its role in the Capitol insurgency to spreading misinformation on COVID-19 vaccines.