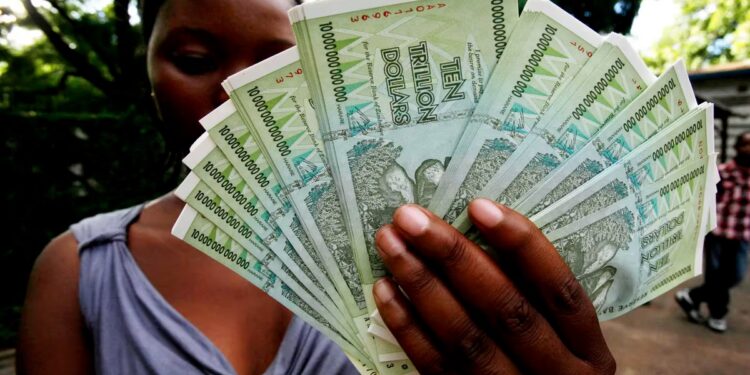 Six Lessons from McKinsey & Company for 2022

The global economy has come back strongly. So has inflation. Commodity prices are also making a strong comeback; however, their resurgence is causing stress in other economies.

Rising demand has pushed oil prices to a rising trend which may, in the long run, prove to be unsustainable. Food price inflation has reportedly reached the highest level since 2011. Further compounding the problem for households and businesses is the fact that in the United States consumer inflation has reached 5.5 per cent annually which is the highest it has been in 31 years.

Companies operating in Africa and the rest of the world need to consider these developments into their expectations and decisions. The question is how? How can companies inflation-proof, as it were, their finances to protect their viability?

Cash is always king in times of uncertainty and inflation. There are six ways that companies are well-advised to adapt to survive the frothy times ahead. They include:

For any business looking for extra sources of cash, reduce debt, and improve its profitability, the first place to look will always be its income statement. This is because creating value over the long term requires sustainable growth, changes to margins, and costs. An often-overlooked aspect of a business’s financial infrastructure is its balance sheet. There are assets and liabilities on a company’s balance sheet that provide lucrative opportunities.

Cash and access to cash is very important because it determines the viability of any business as a going concern. It has been repeated ad nauseam that the lifeblood of any business is its cash flow. This is not an exaggeration. Liquidity enables a business to withstand shocks that may arise externally and internally. There are numerous examples of venerable organizations that were rich in terms of assets but were brought down to financial ruin for want of cash and/ or liquidity. Having access to cash is a matter of corporate survival and to survive the new environment characterized by inflation and uncertainty companies must do the following:

Working capital is more than the cost of doing business. There is a negative impact from extended customer terms, tight payment cycles, and high inventory levels on the true economic value of cash. In an inflationary environment like the kind most countries are experiencing presently, companies need to thoroughly analyze the previous year’s transactions to see process gaps and unnecessary terms with customers and vendors, and other near-term opportunities to improve working capital.

Companies in Zimbabwe that survived the hyperinflationary environment during the early 2000s are experts in managing cash. Top tier and blue-chip listed companies like Delta Corporation, the Zimbabwean unit of AB InBev made it a point to keep their liquid resources tied up in raw materials and work in progress as opposed to maintaining large balances of rapidly depreciating Zimbabwe dollars.

That worked for them; together with reducing the payment period for their customers they managed to keep their cash conversion cycle relatively short. Another strategy to stay above water and even thrive in times of inflation is to drive exports.

When a company does business in other markets whose respective currencies are stronger relative to the local currency where that company is domiciled, it should be able to stay above water and weather the headwinds caused by uncertainty and inflation.

The returns generated by investments in property, plant, and equipment among other long-term assets must be interrogated to single out stranded or non-core assets that detract from performance. Assets that do not meet the value enhancement and performance criteria can either be sold or repurposed. These assets can then be deployed to higher-value activities. This is arguably what decades-old Zimbabwean conglomerate Meikles Limited is out to achieve. The company has in recent years been looking at its balance sheet and getting out of assets and businesses it views as surplus to requirement.

Read: Meikles Limited: The making of a Zimbabwean corporate aristocrat

The company has sold its prominent and flagship hotel asset the Meikles Hotel in Harare and invested the proceeds in its agricultural business. It has further unbundled its agriculture interests through a spin-off of Tanganda Tea which listed on the ZSE in February 2022. These activities have left the group in a healthy position in terms of cash and with a renewed focus and vigour which should see the discount between its net asset value and share price narrowing. The banking sector in Zimbabwe is another instructive area about how cash is king and how to preserve value in inflationary times.

It is important to note that Zimbabwe has suffered two episodes of run-away inflation. The first was from 1998 to 2009 where the country experienced the highest inflation on record for a country that was not involved in armed conflict. The second period of inflation was because of the re-introduction of the Zimbabwe dollar from about 2016 to date. The peak of inflation in this recent period was from 2019 when the country banned the use of multi-currencies. The first experience with hyperinflation was devastating because it was novel for the country. Businesses and households alike saw their finances devastated by the rapid reduction of value of their money.

Players in the Zimbabwean economy were more prepared for the second bout of inflation. Banks especially bulked up on their portfolios of so-called hard assets. They deployed their vast deposits of Zimbabwean dollars into real estate and related hard assets. The rationale was that these investments have a demonstrated track record of holding their value against inflation. Another winning strategy for households and businesses alike is to maintain cash on hand and cash balances in hard currencies which also hold their own during inflationary periods.

According to McKinsey & Company, not every dollar on a company’s balance sheet is equal. Some cash may be sitting in a foreign jurisdiction with an operationally or tax efficient way to deploy it. It is therefore incumbent on companies to review their cash balances; requirements and transfers may release this trapped cash and put it to productive uses like capital expenditure. To truly make cash king companies especially multinational ones take care to thoroughly scrutinize the jurisdictions that they do business in. The decision as to where to set up shop will invariably affect the cash position of that company in the long run.

Some companies have learnt this lesson the hard way with tears and sorrow. Excuse the hyperbole. Zimbabwe has a tumultuous history of monetary and economic policies. Many of these policies have ranged from purely destructive for business to undermining confidence of foreign investors.

Read: Why do lenders want “COLLATERAL”?

While all of this occurred, multinationals had profits they had earned from doing business in the country that they wished to repatriate to their home countries but were not able to because the foreign exchange to settle those transactions just was not there.

This is what it means to say that not every dollar on a company’s balance sheet is the same. Some monies may very well be stuck and trapped in countries where the prospect of its value being realized is unlikely. In Zimbabwe for instance, there was an outcry when the use of foreign currencies was banned initially in 2019. The monetary authorities sought to accommodate some of the claims of businesses through its blocked funds framework; however, most of those balances have since been settled in local currency using rates that are not sustainable.

Also, companies may engage in joint ventures that deliver cash dividends which may not be sent in a timely manner. This is the same as money that is locked away in the sense that it belongs to the company, but the company has no access to it. Better global cash management can reduce business complexity and urgent cash transfers.

Businesses should also work hard to establish the most capital efficient way to provide credit support for any given project. Cash collateral can be replaced with a letter of credit that does not affect revolver availability. This can also mean replacing a letter of credit with a surety bond that does not require further collateral. To accomplish all this companies will need to set up high performing credit support functions within their organizations that provide legal and treasury support functions.

Liabilities on a balance sheet represent opportunities to release cash. When these liabilities are reduced, they provide cash for a business to invest in high performing business ventures or to pay shareholders. To succeed in freeing up cash in this area requires robust analysis of a balance sheet. Long term liabilities represent claims to a company’s cash flow which would otherwise go to shareholders or be reinvested into that company’s business activities. When they are reduced it creates room for the company to do more with its cash resources.

Most mature and global companies have significant pension and employee benefit obligations. These obligations can in some instances result in uncertainty regarding the amount and timing of cash flow to meet those obligations.

There are alternatives however, to mitigate this uncertainty like liability-driven investing, modifying existing defined benefit plans, freezing the benefit plan, and converting it into defined contribution plan. A company can eliminate pension liability for its staff by transferring the liability entirely to an annuity provider in conjunction with a plan termination.

Such a move would not change the pension benefit of retiring employees while eliminating future funding requirements and volatility.

According to McKinsey the foregoing opportunities and strategies are proven when it comes to releasing cash from the balance sheet under the right circumstances. To be successful they need to be implemented consistently which requires companies to engage in capability building programs for their finance and treasury functions and across the business entirely so that the balance sheet is considered daily.

For these strategies to be successful they should also not be considered in isolation. The balance sheet needs to be thoroughly scrutinized with the income statement to see where cash flow and value gaps are and how best they can be closed.