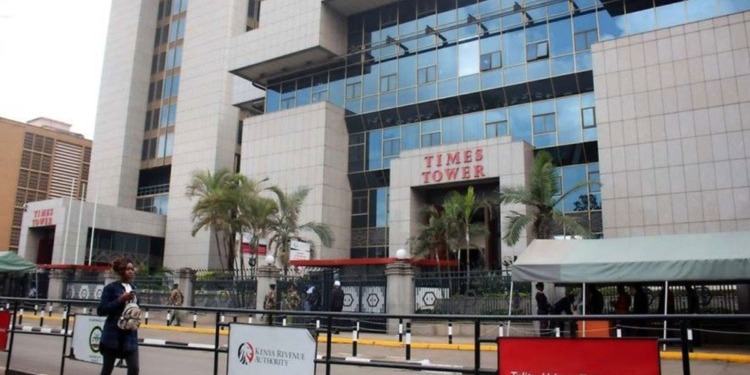 by Wanjiku Njugunah
in Business, Kenya
0
Share on FacebookShare on LinkedIn

This follows a similar positive performance of Quarter Two of the Financial Year 2021/22.

KRA commenced the new financial year on an upward trajectory after surpassing its (July-September 2021) target of KSh461.653 Billion by KSh15.053 Billion, recording a 30.0% growth.

During the month under review, Customs & Border Control (C&BC) collected KSh 57.374 Billion against a set target of KSh 51.200 Billion reflecting a performance rate of 112.1 per cent and a surplus of KSh 6 Billion.

Domestic Taxes recorded a performance rate of 106.5 per cent with a collection of KSh 96.616 Billion against a target of KSh 90.700 Billion recording a surplus of KSh 5.9 Billion.

The Authority’s Commissioner General Githii Mburu said the sustained strong performance is a reflection of the improving global economic environment as well as the implementation of revenue enhancement initiatives by the Authority.

The improved performance is further anchored on the implementation of key strategies as espoused in the 8th Corporate Plan including tax base expansion which focuses on bringing citizens and businesses previously not paying taxes into the tax net.

It is also based on enhanced compliance efforts that focus on ensuring taxpayers file returns and pay correct taxes.

The authority has also been addressing tax evasion and illicit trade which focuses on ensuring businesses whose profitability model is based on tax evasion are investigated and taxes recovered.

Additionally, the authority has deployed the use of data and intelligence to unearth unpaid taxes.

Taxpayer support programs including taxpayers’ education and constant engagements to address taxpayers concerns as well as alternative dispute resolution are currently being implemented.

“Currently, there are over 570 tax disputes tied up in Courts with tax assessments of Ksh.150 Billion,” the company said.

Other measures implemented by the authority that contributed to improved performance include simplification of tax processes through the use of technology, as well as collaboration with other Government Agencies under the whole of Government approach in the fight against economic crimes.

Kenya’s tax to Gross Domestic Product ratio currently stands at 13.8%, indicating the need to continue enhancing tax collection and reducing tax expenditure in the form of exemptions and incentives to achieve the desired rate of over 20%.

Kenya’s tax gap remains high (45% for VAT as reported by IMF in 2017). Indicating the need to sustain our tax base expansion efforts and upscaling of the fight against tax evasion and illicit trade.

“The Authority is optimistic that sustained compliance efforts will continue to yield positive outcomes for the country,” Mburu said.

Speaking during this year’s KRA Tax Payers Day, the President also thanked compliant taxpayers for their indomitable spirit of resilience despite the pressures that existed in the past year.

“What is even more encouraging is to note that at Ksh.1.669 trillion in FY 2020/21, KRA defied all odds and surpassed its target with a surplus of Ksh 16.8billion; representing revenue growth of 3.9% compared with the previous Financial Year. This growth in revenue collection was achieved notwithstanding the challenges brought about by the COVID-19 Pandemic and the resultant economic truncation that arose from the containment measures, which we, as a Government, put in place.”

The National Treasury Cabinet Secretary Ukur Yatani in his remarks called for the nation to reflect on innovative ways of revolutionizing tax administration.

He noted the evolving taxation landscape in the country, that’s critical for sustainable economic recovery.

Read: What to expect as much-awaited Africa Oil Week (AOW) kicks off in Dubai