Pangea Trust Managing Director Anne Lawi said that there has been an increasing number of potential businesses coming up in Somalia, brought about by the increased growing economy / Pangea Trust

Tech hub startups are among the businesses growing immensely in Somalia

by Wanjiku Njugunah
in Somalia
0
Share on FacebookShare on LinkedIn

Investment opportunities in Somalia are on the rise, driven by increasing diaspora remittances.

This is according to various experts among them Silicon Horn co-founder Awil Osman who emphasized the need of using remittances to grow the startup ecosystem in the country.

“Tech hub startups are among the businesses growing immensely in Somalia. There are now more than 15 of them. The startup ecosystem is rapidly going regional,” Osman said.

Commenting on the same, Pangea Trust Managing Director Anne Lawi said that there has been an increasing number of potential businesses coming up in Somalia, brought about by the increased growing economy.

“We see the potential to increase the share of remittances set aside as investments to 25 per cent or 30 per cent by 2025,” she said.

Impact of Covid-19 on diaspora remittances

“We can motivate the Somali diaspora to invest in Somalia through having the right information to make sound investments,” he said.

They spoke during a Somalia stakeholder’s session hosted by Pangea Trust and funded by the Swedish International Development Cooperation Agency.

The event created opportunities for stakeholders to discuss how the Somalia diaspora can raise their stakes in investing in the country.

The event came at the back of previous reports that have revealed that remittances act as a vital safety net for many Somalis.

The event was held against a finding by the UN which indicates that Somali expatriates’ transmission of money back home has been instrumental in keeping Somalia afloat.

The UN Development Programme estimates that US$1.6 billion in remittances are sent back annually by Somali emigrants living in North America and Europe.

Abdirashid Duale, a Somali who is chief executive of Dahabshiil, one of the largest money-transfer businesses in Africa, told the organization that such transfers have been a lifeline.

“Now that security has improved in Mogadishu after the ouster of Al Shabaab Islamist militants in October 2012, strong economic growth can help drive peace,” he told the organization.

In a separate story, a new report has found that Somalia’s economy is rebounding from the triple shock that ravaged the country in 2020, namely the COVID-19 pandemic, extreme flooding, and locust infestation.

Data by the World Bank indicates that real GDP growth is projected at 2.4 per cent, and continue in the medium term as well as reach pre-Covid-19 levels of 3.2 per cent in 2023.

The economy contracted by 0.4 per cent in 2020, which was less severe than the 1.5 per cent contraction projected at the onset of the global pandemic.

Growth will be dependent on higher-than-anticipated aid flows, fiscal policy measures put in place by the Federal Government of Somalia to aid businesses, social protection measures to cushion vulnerable households, and higher-than-expected remittance inflows mitigated the adverse effects of the triple shock.

“As Somalia embarks on the road to recovery from the triple shocks, policy interventions that raise productivity, create jobs and expand pro-poor programs will be key,” said Kristina Svensson, World Bank Country Manager for Somalia said during the release of the report.

“Creating jobs and ensuring that the most vulnerable are supported throughout the crisis need to be at the centre of policy action and private sector response.”

Interventions to improve the investment climate and encourage the formalization of businesses to attract more private investment would include reforms focused on reducing the cost of electricity and improving its reliability, levelling the playing field among private firms, reducing red tape, and broadening financial inclusion. 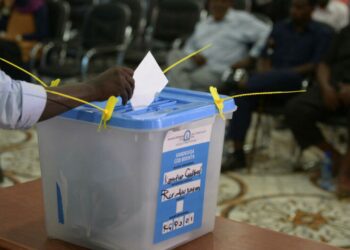 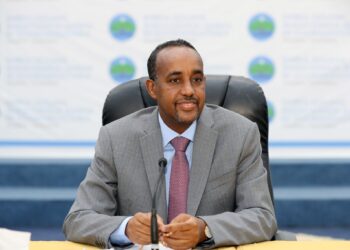