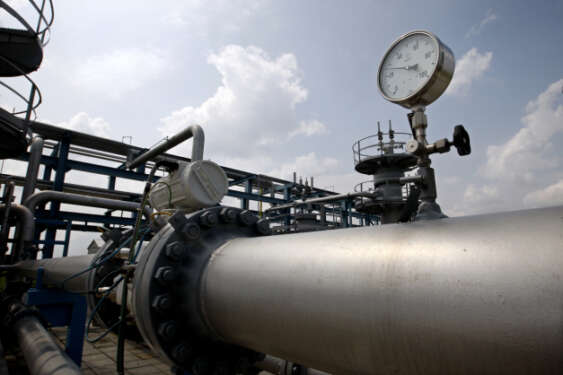 Tanzania and Mozambique are two of the countries with plenty of proven gas reserves—57 Tcf in Tanzania and 100 Tcf in Mozambique.

by Padili Mikomangwa
in Business, Premium, Tanzania
0
Share on FacebookShare on LinkedIn

The oil and gas industry in Africa is yet another profitable sector that can transform the energy and revenue generation of gas-endowed nations and contribute greatly to their economic development.

According to the global network firm PriceWaterhouseCoopers (PwC), by the end of 2017, Africa had nearly 487.8 trillion cubic feet (Tcf) of proven gas reserves, comprising 7.1 per cent of global proven reserves.

Further, PwC noted that Africa’s share of global oil production has slightly increased by 0.3 per cent since 2016 to 8.7 per cent standing at 8.1million bbl/d.  The main contributors continue to be Nigeria, Angola, Algeria and Egypt. Libya also increased its production by 102.9 per cent in 2017, placing it as the fourth-largest oil producer in Africa with an 11 per cent share pushing Egypt into fifth position.

Tanzania and Mozambique are two of the countries with plenty of proven gas reserves—57 Tcf in Tanzania and 100 Tcf in Mozambique.

The profitable and yet complex sector has been garnering millions of dollars in harnessing the energy as these countries collaborate with big production companies such as Pan African Energy (Tanzania’s first energy producer) and Total (Mozambique) to explore the proven reserves for the betterment of the country.

Mozambique, a country of more than 30 million people, registered 20.7 per cent of unemployment in 2015 with youth unemployment at 30 per cent. Its GDP is anticipated to grow by 2.8 per cent in 2021.

However, the flow of operations in Mozambique—which is far more endowed in gas reserves—is not steady, marring the fate of the profitable and fledgling sector of the country.  The French oil major, Total, pulled a portion of its staff from one of the sites of its planned Mozambique liquefied natural gas (LNG) after Islamist insurgents landed a serious attack on it (Theafricareport, 2021).

This makes the fate of the gas sector extremely difficult and the profitability of the gas to the national economy becoming cumbersome as the rise of insurgent attacks become a reality, impacting the likelihood of furthering investment in the nation.

However unfortunate this situation becomes, it casts an opportunity for Tanzania—which stands to benefit much if it plays its cards right, since by comparison, it is a peaceful state offering generous investment attractions.

Mozambique is considered by the US Energy Information Administration (EIA) as a rather small producer of natural gas. The country has a decent portion of natural gas deposits discovered in deep-water Rovuma Basin—located on the northern coast of Mozambique, which stands to revitalize the nation’s economy by being a strong LNG exporter.

As the third-largest holder of proven natural gas—after Nigeria and Algeria—it has produced 212 billion cubic feet (Bcf) and exported 148 Bcf in 2018.  It holds potential across the region to dominate the market, as South Africa received almost 91 per cent of its natural gas exports through the 535 mile Sasol Petroleum International Gas Pipeline (EIA).

According to The Africa Report, Alessandro Nanotti, a former project manager at the Rovuma LNG (Mozambique) project for Italian oil major Eni, argued that western and Asian companies are considering to throw in more than $100 billion over the next two decades to further develop the gas projects that could produce nearly 50m tonnes per annum.

“A $15.8 billion final investment decision (FID) was secured to finance the Rovuma LNG project from a consortium of export credit agencies and 20 commercial banks in 2019. The US Export-Import (EXIM) bank was the largest lender in the group, providing a $4.7 billion loan for the project. The FID was to be implemented this year, but it has been put on hold until 2021 because of the effect the novel coronavirus (COVID-19) mitigation efforts have had on oil prices,” an EIA report published in July 2020 argued.

Since 2017 armed individuals have been targeting the central government in Maputo in the Cabo Delgado where a vast portion of natural gas discoveries was made, according to Theafricanreport January 2021 publication.

Sadly, in August 2020, Mozambican troops lost their grip on the key port of Mocimboa de Praia—which is a very strategic city holding almost $60 billion worth of natural gas projects.

According to EIA Mozambique’s development mission of the LNG industry has been facing several drawbacks particularly with repeated militant attacks in Cabo Delgado.  The agency argued that since March 2020, militants have launched two attacks at Mocimboa da Praia, a port town not far from Total’s LNG project.

The trend of handling the situation has been featured with rather interesting issues, including the rise in human right violations by security forces, reluctant acceptance of international assistance, while utilizing private military contractors from September 2019.

Despite the potential threat, Total intends to stay the course on its investment of $14.9 billion, as it rests its trust in the local authorities for safety, especially as President Filipe Nyusi joined forces with Portugal in December 2020.

Mozambique should watch out for Tanzania

Tanzania is another owner of proven natural gas—half of Mozambique’s. Tanzania has been revising its natural resource investment policies over the past years.

International oil and gas companies (IOCs) and Tanzania have been working on different paths towards striking meaningful and sustainable partnerships since 2017.

Currently, Tanzania is reviving its negotiations with IOCs to assess different issues on production sharing agreements (PSAs) as the LNG projects stand to revitalize Tanzania’s economy and set it on the world stage.

Hence, with plenty of untapped natural gas in Tanzania, and the current predicament facing its next-door competitor—this could be the right time to re-attract major investors, Total and Eni, who can transform the sector.

The government of Tanzania stands at the right podium to utilize its current PSAs and pivot its current investment appetite to available investors who will utilize Tanzania’s convenient investment space, peace and harmony, which is a far better incentive for these IOCs to jump ship and invest in Tanzania.

It is of paramount importance for peace and harmony to continue to exist in the region as it is the cornerstone of any development strategy.

READ:Total’s Mayotte base not a threat to Mozambique’s Oil and Gas ambitions