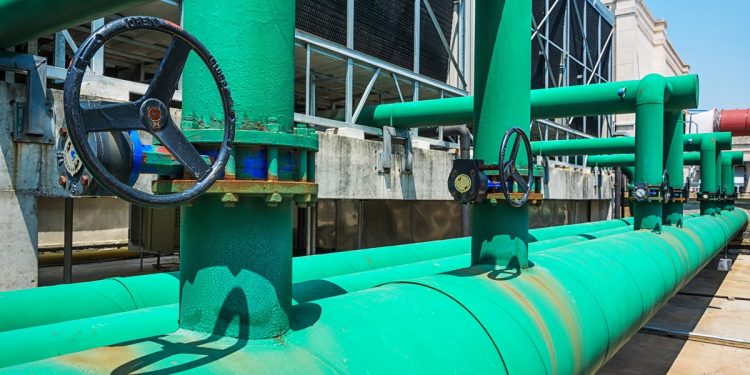 Mozambique is expected to become a major exporter by 2023 following the discovery of over 180 tcf of natural gas reserves in the Rovuma basin by Anadarko and ENI.

The discovery by the Texas-based Anadarko (Area 1) and Italian firm ENI (Area 4) would see the American company build an LNG plant to process the gas they discovered. This would be off the northern coast of Mozambique near the border with Tanzania.

The project to construct the Afungi LNG Park was valued at US$25-30 billion in a joint venture of developers including another American company McDermott, Saipem (Italy) and Chiyoda (Japan).

Anadarko expected to conclude several sales and purchase agreements (SPA) by year-end for liquefied natural gas (LNG) and they announced their final investment decision in June 2019 in the amount of US$25 billion. This was a major investment for Mozambique and the first of such value in the entire African continent.

Since the discovery by Anadarko, Mozambique continues witnessing an influx of foreign energy companies hunting for lucrative contracts.

In 2019, Total bought Anadarko’s assets in Mozambique and is now worth US$20bn.

After production and processing at a central facility in Temane, the natural gas is transported to South Africa via an 865 km pipeline. There is a link to southern Mozambique for domestic use.

Sasol is expected to develop an integrated oil and liquefied petroleum gas (LPG) project near its existing petroleum facility.  Under the project are 13 wells and an LPG production facility which will cost an estimated US$1.4 billion.

It is all a good story for the country until something better is done to help the country benefit from its vast reserves.

For many years, Mozambique was pursuing ambitions to become a global LNG exporter. The country has struggled to generate enough energy for its domestic market.

However, Mozambique is now about to see an energy revolution due to the great gas discoveries made by international investors over the past decade.

The President of the Mozambique Oil & Gas Chamber, Florival Mucave, says that while international technological innovation and skilful know-how will be driving such projects, the country must push for a transfer of knowledge throughout the development of Mozambique’s LNG projects.

He highlights the need for more collaboration and shared experience among African energy experts is going to be critical for Mozambique as it pushes towards monetizing massive gas discoveries.

Similarly, recognizing that the state and the private sector need to play a role in the development of critical energy infrastructure to pave the way for domestic gas utilization will be key to Mozambique’s development and also solving energy poverty issues.

Mucave adds that Mozambique can learn from the success and struggles of other African countries on the critical role of gas in our development. He firmly believes that increased collaboration between upstream and downstream players across the value-chain will benefit Mozambique.

Mozambican stakeholders from the public and private sector recognize that the country is at a crossroads in its development. In this context, building the right energy mix while taking into consideration climate issues is key for the country.

The African energy industry is capable of embracing climate concerns and at the same time continuing to develop its natural resources to benefit the poor, create jobs and promote an inclusive economic development.

Mozambique’s LNG is important to the world and will act as a bridge to other sources of energy, and local businesses should be ready to participate in this development. Local content and jobs must not be catchphrases, they must be real. African businesses and entrepreneurs have a role to play and must push for an enabling environment that will spur investment, entrepreneurship and growth.

Mucave says the government and energy companies have recognized the amazing opportunity that gas offers to change our economic ambitions, and there is a clear intent to monetize these resources for the benefit of Mozambicans. This will be possible only through an increase in investment into infrastructure.

He assures that the issues around domestic gas and local concerns will be resolved with a market driven approach. This, he says, will pave the way for the use affordable and abundant gas to launch an industrial and agricultural-led growth, improve our trading abilities regionally, effectively increase the Mozambican spending power, and revitalize our economy in a post Covid environment.

Mozambique is already benefiting from its collaboration with the African Energy Chamber, the largest energy industry lobby group in the continent. Such collaborative platforms between the public and private sector needs to be encouraged to drive investment in gas and monetization across industries, for the benefits of African factories and households.

NJ Ayuk, the Executive Chairman of the African Energy Chamber assured that they stand ready to share lessons learnt from other gas producers with Mozambique.

He notes that there are a lot of resources across our network when it comes to gas monetization, including successful deals, in-depth industry experience and market driven policies that can ensure Mozambique’s energy success.

Ayuk opines that Mozambique is in a unique position to capitalize on these opportunities assuring that the industry needs to collaborate with the government to develop smart policies and drive up the economy.

Multinationals like Total, Exxon and ENI are part of the solution that Ayuk says they must work with and provide the incentives to collectives achieve such opportunities that benefit Africans as a whole.

SASOL is working on expanding gas processing facilities at the Temane gas field and the greenfield development of the Inhassoro oil discovery.

Inhassoro represents Mozambique’s first commercial oil find with projections it could produce up to 2,000b/d upon start up.