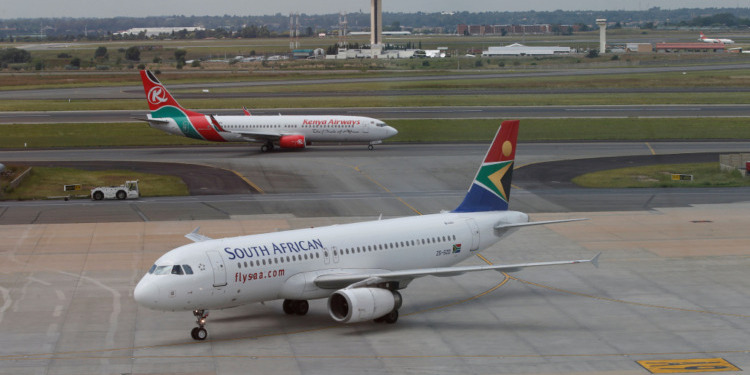 Speaking on Wednesday August 11, 2021 in Mombasa during a virtual meeting with South African Minister for International Relations and Cooperation Ms Naledi Pandor, President Kenyatta said that there was need for Kenya and South Africa to deepen their economic political collaboration.

This, according to the Kenyan head of state will help the two nations see how they can share their ideas and experiences with the rest of the continent.

President Kenyatta during the meeting called for the elevation of the Kenya-South Africa Joint Commission for Cooperation (JCC) so as to deepen bilateral ties between the two countries.

He said the elevation of the JCC from a ministerial instrument to a Heads of State bi-national commission would help streamline economic and political partnership between Kenya and the southern Africa nation.

President Kenyatta who is serving his last term in office singled out trade and political collaboration as some of the areas that the two countries need to give more priority.

He went ahead to encourage Kenya and South Africa to share their experiences and successes with the rest of the African continent.

“We need to deepen our political collaboration and see how we can share our ideas and experiences with the rest of the continent,” the Kenyan President said.

On the fight against Covid-19, the President applauded the collaboration between South Africa and Aspen Pharmacare in the manufacturing of Johnson and Johnson vaccine in South Africa saying, Africa should be enabled to produce Coronavirus inoculations locally.

President Kenyatta said that he looked forward to a meeting with his South African counterpart Cyril Ramaphosa soon to discuss a wide array of mutually beneficial programs. 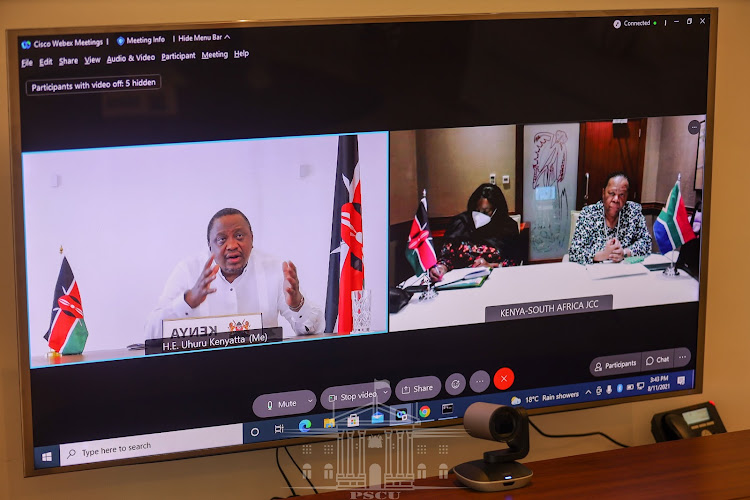 On her part, Minister Pandor expressed optimism that the cooperation the two countries have embarked on will lead to more progressive bilateral ties.

She agreed with President Kenyatta that the two countries had experience in a wide range of areas that could be shared with the rest of the continent.

Last month, the South African government agreed to sell a majority stake in South African Airways (SAA), hoping that the sale will be a solution to the financial crisis that has gripped the airline.

SAA will be 51% owned by the Takatso consortium, a joint venture between private equity investor Harith General Partners and airline operator Global Airways.

Although the government may reduce its remaining 49% stake over time, it will retain a ‘golden share’ of 33% to ensure SAA remains domiciled in South Africa and keeps its status as the flag carrier. Both parties have suggested that the airline will work towards an initial public offering (IPO).

On 11 June, following a year-long process, Minister of Public Enterprises Pravin Gordhan, who is responsible for the management of state-owned entities (SOEs), announced the consortium as the preferred strategic equity partner for the deal, subject to due diligence and approvals, with some details of the funding remain to be confirmed.

SAA has been plagued by financial difficulties for many years before the Covid-19 played further havoc with aviation sector finances.

It has been through various stages of bankruptcy protection, business rescue and bailout over the past five years. Following the start of the pandemic, the government announced that no more financial assistance would be forthcoming, and after flirting with liquidation, the airline was downsized, restructured and put up for sale.

Virus still a threat to paints market in Kenya: Expert