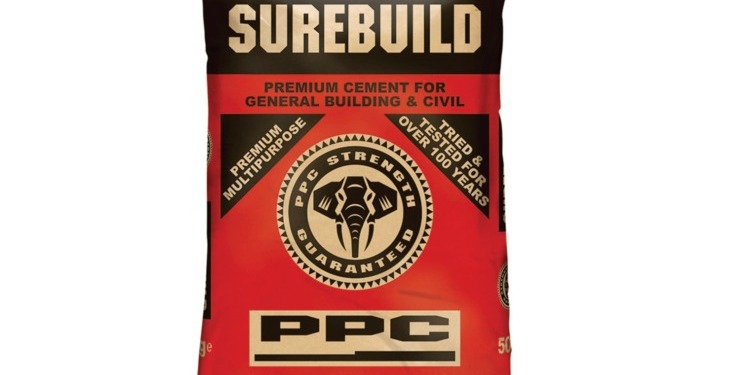 A cement brand by the PPC. The company is seeing a pick-up in demand in its home market with growing investor confidence. [Photo/ PPC]

Pretoria Portland Cement slowly clawing itself out of debt

The company is proving resilient thanks to state sponsored infrastructure projects.

There is something anecdotal about companies that once thrived and then found themselves in financial distress and then surmount their challenges and rise out of distress to thrive once more.

To have gone through periods of financial distress appears to be one of the tests of longevity. To prove the test of time a company must be able to weather the storms of difficult business environments which may in some cases pose an existential threat and go on to be giants dominating their chosen markets.

Sibanye Stillwater weathered its own storm and financial distress episode. This company was spun out of most Goldfields South African operations back in 2013. Back then the gold miner was a stable dividend payer and the market rewarded it with a rising share price which at its peak was around R 45.

The company then took a different and radical direction led by its ambitious chief executive Neal Froneman. His vision was to create a diversified precious metals producer and decided to venture into platinum and related platinum group metals. This move was not well received by the market which punished the company with a reducing share price.

When commodity prices began to soften in later years it seemed more of a blunder to have diversified the metals portfolio of the business than it appears a stroke of genius today.

With softening metal prices came the need to conserve cash and so dividend flows dried up. The company did not cease its expansion plans going so far as to pile on large amounts of United States dollar-denominated debt purchasing US-based platinum miner Stillwater and swallowed up Lonmin in the process. The share price then cratered when news broke that the company had experienced fatalities at its South African mines. In some circles of the investment community, others joked that they would not invest in Sibanye Stillwater as a matter of moral principle.

The share price went down reaching an all-time low of around R 7.

Then commodity prices started to recover. Covid happened and share prices of all companies took a beating. Still, Sibanye Stillwater came back turning itself around from a company in distress to a thriving platinum producer.

One of the largest in the world to be precise. Shares of the giant miner now trade at around R 52.

Companies in distress that manage to successfully turn around their operations have shown time and time again that they make exception value for their shareholders and for those investors who would have timed their entry perfectly. (Not a recommended action).

PPC Ltd, is a supplier of cement, lime, and related products in southern Africa. It has 11 cement factories and a lime manufacturing facility in six African countries including South Africa, Botswana, the Democratic Republic of Congo, Ethiopia, Rwanda, and Zimbabwe. The company is headquartered in Sandton.

PPC is one such company as well. It is a classic case of a company that was once mighty and dominant and found itself in distress. The distress has come predominantly from a weak and subdued business environment in South Africa and an ill-timed foray into the rest of Africa. The company has over 125 years of history under its belt having begun in 1892 as De Erste Cement.

During this time the company has acquired a substantial footprint not only within South Africa but also throughout Africa. Its African foray includes operations in Zimbabwe, the DRC, Rwanda, and Ethiopia.  The company was unbundled from the large industrial conglomerate Barloworld to a standalone company around 2007 and has pursued an aggressive expansion strategy into the rest of Africa.

The rapid expansion did not come without cost.

The company’s expansion was funded by debt and the resulting debt burden, the company later found out was too much to bear as it encountered significant financial distress which warranted renegotiations with its lenders. The company’s biggest preoccupation at this point has been to rein debt to manageable levels. Debt restructuring was a prominent theme in the company’s annual report with both the chairman and chief executive describing the efforts the company has made to bring its finances under control. The company has had extensive discussions with its bankers to restructure and refinance its debt obligation.

These discussions were made necessary by the company’s investment in PPC Barnet in the DRC. The company assumed this project in 2014 as a sponsor however, this action resulted in contingent claims against PPC to provide ongoing deficit funding to PPC Barnet. This meant that the company was legally obligated to provide funding for the DRC project even in instances where it could afford to do so. This arrangement obviously put a lot of pressure on the financial position of the company. This was not sustainable and therefore the company had no option except to renegotiate its loan terms with its bankers.

According to PPC’s latest results, efforts to restructure its balance sheet are beginning to bear fruit. The company managed to reduce its R 5.8 billion debt load to R 2.6 billion. One of the conditions of the lenders according to a SENS statement made on  September 28, 2021, was that the company needed to reduce debt on its balance sheet to more manageable levels in general.

Specifically, debt on the company was said to be maintained within a metric of two times earnings before interest tax depreciation and amortization or EBITDA. This condition was set in place to prevent South African lenders from calling for fresh capital to be raised through capital raising. Something the company was not able to do without causing further damage to its already battered share price.

To this end, PPC has had to sell off non-core assets like its shareholding in PPC Lime for an estimated R 515 million. It has also secured new facilities totalling R 2.1 billion with an extended maturity profile. These renegotiated facilities have left the company with increased flexibility in terms of its balance sheet. Similar arrangements with PPC Barnet’s lenders in the DRC have been reached. This reorganization of the company’s balance sheet has resulted in improved financial performance.

Revenue has increased marginally compared with the same period in 2020. What is most notable is that despite the marginal increase in revenue, attributable income increased quite substantially, threefold to be exact. This is a testament to the effective management of costs and their ultimate reduction. Earnings per share also increased by the same margin as attributable income.

Operationally, the company expects growth to come from the rural segment of its cement business which it said was the fastest-growing of its segments. Cheap cement imports to South Africa remain a threat to the company and to the construction industry.

PPC expects cement imports to comprise 10% of total industry volumes by the end of this year. However, government intervention brought some much-needed cheer to the construction industry when it not only announced its ambitious infrastructure expenditure plan but also its ban on the use of imported cement for projects it sponsors.

Times in the construction space have not been good in the past. Trading conditions have been uncertain for sector heavyweights like PPC however, times are changing. The company is well-positioned to benefit from the infrastructure investment program that will be rolled out by the government coupled with growing demand in the territories it operates in.

It is not easy to find consensus estimates on PPC shares because of the company’s troubled past financially. Leading investment new site Money-web does not have any price forecasts for PPC and neither does Profile Media. Where forecast data is available it is often contradictory however, it can be argued that no 2 analysts can examine the operations and financials of a company and come up with an identical view.

Sharenet is one of the few data providers with a view on PPC captured in the graphic below:

The outlook for the construction materials sector is positive however, the overall success of the players in this sector like PPC will depend on their ability to reorganize their balance sheets to de-leverage or eliminate debt altogether.

That also depends on the kind of relationships the companies have with their financial backers. PPC has been given a new lease on life by its lenders who undoubtedly desire to see the company emerge from its difficulties. Ideal companies for investors will be those with little to no debt on their books. Success in this field will also depend on continued government support through tariffs on cheap imports which result in unfair competition.

Lastly, long-term success will depend on the government’s commitment to develop and invest in infrastructure. PPC would therefore offer an investor with a high tolerance for risk an incredible opportunity to buy into the early stages of what may turn out to be a phenomenal turnaround!