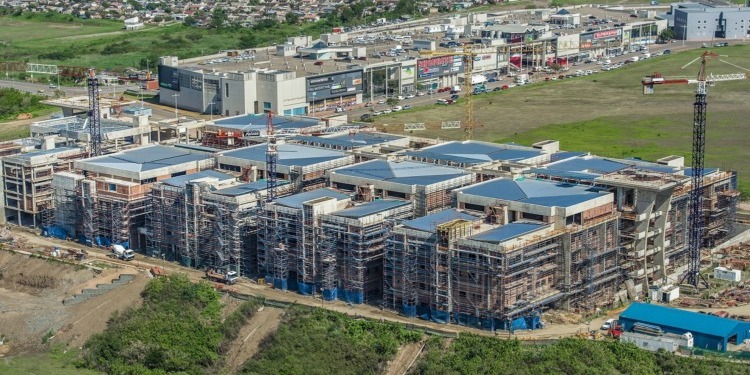 A construction project in South Africa. Companies in this sector have hobbled along for a decade. [Photo/ Africa Outlook Magazine]

The industry is now reportedly showing signs that it is recovering especially since the second quarter of 2021 with the potential to grow even further after the pandemic induced crash.

South Africa’s construction industry has gone through a lot over the last 20 years.

It went from a boom in the run-up to the World Cup in 2010 then a total bust in the years following the international sporting event when the sector was oversupplied and left players out of work.

Companies involved in this sector have hobbled along for a decade and the industry suffered another body blow through pandemic induced Covid crisis! The lockdown which was a consequence of the crisis meant that all construction work ceased.

This development compounded the age-old fact construction for the greater part of the last decade has been a value trap for investors. 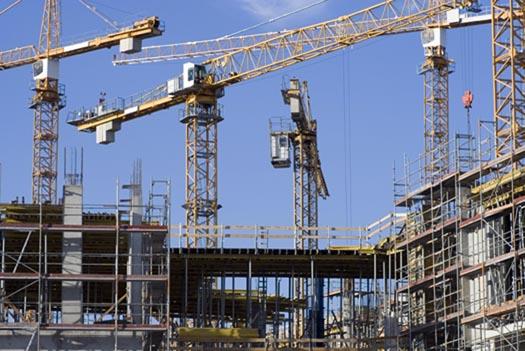 The industry is now reportedly showing signs that it is recovering especially since the second quarter of 2021 with the potential to grow even further after the pandemic induced crash. The construction industry is critical to South Africa. It employs 8 per cent of the country’s workforce.

Together with mining, it is a large building block for future economic activity and interestingly these 2 were the worst affected sectors in the second quarter of 2020.

The industry has, however, rebounded 55 per cent year on year in the 3 months to end June this year and is also growing at 4 per cent quarter on quarter according to Afrimat’s construction index. Afrimat is the second-largest construction materials company in the JSE.

Construction is clearly on the mend. Some economists are bullish and hold the view that the industry can and will recover to 2019 levels.

One economist, Roelof Botha, stated that the industry had been sluggish in responding to lower borrowing costs because of low-interest rates. Lower interest rates are a key stimulant of the activity in the construction sector and the current low-interest-rate environment should provide a strong incentive for households and firms to take up projects in this sector and drive up its productivity.

In the cement industry, the South African Government has taken a protectionist stance, banning the import of cement especially for infrastructure projects that it is sponsoring. The ban came from Treasury in October.

This decision has been widely celebrated by the cement sector which has been struggling since 2014. This period is profound in that cheap cement flooded the South African market and reduced the profits of local producers.

These cement producers according to the industry body, Cement and Concrete South Africa have been under siege from cheap imports from Pakistan, China, and Vietnam.

The Covid lockdown which stopped construction projects and dealt a mortal blow to the industry is also one of the reasons activities in this sector has been sluggish coupled with cheap cement imports.

Treasury to mitigate this issued a circular early in October notifying all relevant state departments that in terms of its preferential procurement regulations, no imported cement can be used on infrastructure projects funded by the Government as of November 4, 2021.

The government has plans to mobilize at least R 1.1 trillion or US$ 64 billion in funding from Treasury, state-owned enterprises, development finance institutions, pension funds and commercial banks for infrastructure projects to grow the economy. This decision to develop and invest in infrastructure has attracted widespread support from the World Bank, the Development Bank of South Africa and is envisaged to create at least 1.8 million jobs in the process.

This is a welcome relief to the cement industry which has in the past approached the International Trade Administration Commission to investigate cement dumping in South Africa and in 2014 there was evidence of bagged cement dumping. As a result, tariffs were imposed which reduced imports from Pakistan. Local cement production capacity is estimated to be in the region of 20 million tons whereas demand is at 13 million implying an excess capacity of at least 7 million tonnes.

The ITAC imposed tariffs on imported cement expire in December and the cement industry is lobbying to extend their duration and or to increase them.

Times are changing, and they have changed from what they once were. The sector is expected to grow by 6.2 per cent in real terms this year after 4 successive years of decline.

The worst decline was 20 per cent in a single year according to a new report by Research & Markets.com titled, “Construction in South Africa, Key Trends & Opportunities 2021 to 2025. Between the years 2022 and 2025, South Africa’s construction industry is expected to experience an average yearly growth rate of 3.4 per cent as Government focuses on infrastructure and energy sector initiatives.

Where should investor money be going?

The developments unfolding in South Africa regarding investment in infrastructure have warranted that the investor community pays attention to and takes a fresh look at the listed construction and materials sector of the JSE. Public expenditure from the state is expected to change the fortunes of companies that comprise this sector.

There are 14 companies that make up the Construction & Materials sector of the JSE. Of these companies, 2 are suspended namely, Basil Read Holdings Limited, and W G Wearne Limited.

The sector is worth R 44.12 billion or US$ 2.84 billion and is the aggregate of the respective market capitalizations of the companies that make up this sector. The overall market cap of the sector has shrunk significantly from the prolonged period of subdued business activity. In relative terms, the combined market cap of the construction sector is about the same size as that of the largest Real Estate Investment Trust in the REIT sector, Growthpoint Properties.

In other words, all the building materials and construction companies listed on the JSE are worth about as much as the single largest company in the REIT space.

PPC is specifically in trouble over its ill-timed foray into the rest of Africa especially the Congo.

It has been busy trying to rework its capital structure and has managed to secure fresh funding and renegotiate loan terms from its lenders. The company managed to convince its bankers that it did not need to raise any more funds through a rights issue. It also perhaps in a matter consistent with the recovery in the broader sector, reported a 3 per cent increase in its revenues.

There are factors critical to success for this sector and will underpin the sustainability of wealth creation by companies in this space.

Three things stand out the most. Firstly, all companies in this sector need to get their books and finances in order. This sector, if the finances of the companies are not checked, could potentially be a graveyard. The 2 companies suspended from trading on the market in this sector are cases in point (Basil Read and W G Wearne).

Their finances were in disarray and PPC very nearly joined them. If like PPC the rest of the sector can renegotiate the terms of their outstanding facilities, then they will be able to re-emerge and take advantage of future opportunities. PPC as mentioned was and is in a very serious debt overhang which would have threatened the company’s existence had there been no intervention from its financiers.

The second determinant of long-term value creation for investors in this space will depend on the extent of Government in terms of public works expenditure on infrastructure.

To get a better perspective of the importance of state support for the construction sector one would need to observe what happened to the share prices of the main cement producers on the JSE, PPC and Sephaku Cement. They lifted by as much as 20 per cent in a single day on the day that Treasury announced the ban on imported cement.

A secondary determinant that will influence how lucrative this sector will be going forward is the Government’s policy stance against the import of cement. Should the ban be extended beyond public projects to even private projects then this will go a long way in crystallizing the prospects of the industry? The investment in infrastructure could also lead to a resurgence of the rest of the economy which has for a prolonged period now been plagued by weak macroeconomic fundamentals through the multiplier effect.

This could also fuel increased activity in private construction projects which may not be state-sponsored.
Thirdly companies in this sector should invest in developing and enhancing their production capacity to be more competitive. This is especially true among the cement producers that suffered the onslaught of cheap imports.

Should all of these factors hold going into the future then investors should not only see a resurgence of the construction and materials industry but also an unprecedented opportunity to optimize their wealth.

A taste of things to come

As of the 19th of November, an investor holding any of the top 5 shares in the construction and materials sector would have booked impressive gains from their investments. Sector leader PPC has led the pack with a phenomenal and astronomical share price rise of 639.44 per cent! This occurred in just one year.

The case of PPC is especially unique in that despite this incredible rise in shares price, its shares are still trading at levels significantly lower than when the company was in play as the target of acquirers Dangote Cement, Afrisam and Fairfax 4 years ago and is further depressed from its levels around 2015 when its troubles began. Back then it traded at around R 21.

At its peak around 2007, the company traded at prices as high as R 33. Construction shares should be on the radar of investors.

Pretoria Portland Cement slowly clawing itself out of debt