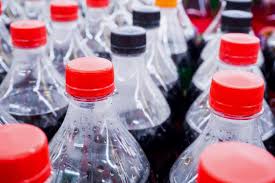 There are increasingly more and more ‘outbreaks’ of non-communicable diseases in Africa and more so in sub-Saharan Africa.

These lifestyle ailments are ironically a symbol of increasing income among the population. As more and more African countries rise from low-income to middle-income status, statistics show a correlation with the rising number of people suffering from non-communicable diseases.

The reason is simple; when you rise in income, people do not increase their eating of the vitamin-rich greens they used to eat when they could not afford unhealthy but yet prestigious red meat; no, they change their diet to gabble up the ‘rich man’ foods, unwittingly damaging their health.

A local paper puts it into perspective; ‘People’s eating habits are shifting from food rich in starchy staples, vegetables and fruits to a more westernized diet high in sugar, saturated fats and oils’ the recipe for non-communicable diseases.

The troubling fact is that the sales of unhealthy foods and beverages are proportionate to and correlated to the increase in non-communicable diseases such as obesity, diabetes, hypertension and cardiovascular disease.

Worse still, these diseases are projected to become the leading cause of death in Sub-Saharan Africa in the course of the next ten years. The projections are so grim that it is foreseen that non-communicable diseases will claim more lives than viruses like HIV and TB.

African economies must address these ‘expensive’ disorders, which are costing the nation enormous sums in the lost workforce, lost finances as patients travel outside the country for treatment and lost individual household incomes as patients spend more and more on their treatment.

Generally speaking, these non-communicable diseases are again pulling Africa back into poverty as more and more dependents are losing their sources of income to diabetes and heart diseases.

A solution here is for countries to impose taxes on sugars or rather sugar-based drinks that are one of the causes of non-communicable diseases. This is not a new practice, in fact it is very common in South America and the Caribbean as well.

In fact even the World Health Organization (WHO) now advises African governments to follow suit. WHO health experts are of the view that ‘…appropriately designed taxes on sugar-sweetened beverages would result in proportional reductions in consumption.’

Further still, it is the experts view that the taxes should be high enough so as to push up prices significantly and in effect deter consumption. In this regard, the WHO experts suggested a minimum increase in retail price by at least 20%

So it comes down to whether the government/s would be willing to risk scaring away investors of the sugary drinks should they raise taxes that high or will they place the wellbeing of their constituencies ahead of profits.

On the other hand, should demand remain significant even after taxes, the governments would enjoy increased revenue from said tax amounts.

Notably, some African countries such as South Africa, Botswana and Zambia already tax sugary drinks. However, research shows that, while Kenya, Zambia, Rwanda, Tanzania and Uganda have taxes on non-alcoholic beverages, they do not have a separate tax specific for sugar-sweetened beverages.

The consensus is there is need for timely, simple, concise, and locally relevant evidence is needed to inform policy development on sugary drinks. There is also need for indicators to measure sugar-sweetened drinks and added sugar consumption should be developed.

The good news is that these diseases are preventable, but only if individuals desist from intake of harmful products such as unhealthy food, alcohol and tobacco. However, the advertisement of these products represents millions of dollars in marketing that is next to irresistible.

So governments must take action to protect their people by making the products too expensive to consume in immense quantities. The introduction of taxes on sugar-sweetened beverages in Mexico and South Africa is reported to have resulted in the reduced consumption of sugar and sugary drinks within a year or two after the implementation of the tax.

It is now a given fact that sugar-sweetened beverages are among the most harmful food products because not only do they have zero nutritional value but liquid sugar is also very toxic.

Other than rising taxes on these harmful (yet very profitable) sugary drinks, the authorities can limited portion sizes, ban them from schools and checkout isles of supermarkets as well as conducting awareness campaigns and/or labeling them ‘harmful to your health’ as they do with cigarettes.

The bitter truth about these sugar-sweetened drinks is the simple fact that governments are reluctant to bar these products because of the revenue they bring to their countries.

Secondly, the producers of these drinks and other harmful food products are mostly rich conglomerates with the financial muscle to lobby government officials and ward of legal action in court.

So what will it be, more revenue in the government coffers as more and more Sub-Saharans are put in their coffins because of sugar-sweetened drinks or will the Members of Parliament that we elected to stand up to protect us by enforcing laws against sugar-sweetened drinks in schools, rising taxes so these drinks are not consumed so carefreely?

Also considering this fact, sweetened sugar drinks are among the cheapest beverages in the market, increasing the propensity for their consumption by many folds.

So now Africans, who in the most recent past (just a generation ago) ate the most nutritious foods, freshly grown in their own shambas, have now turned to processed foods and they are paying with their lives.

How pension schemes can benefit from PE investment