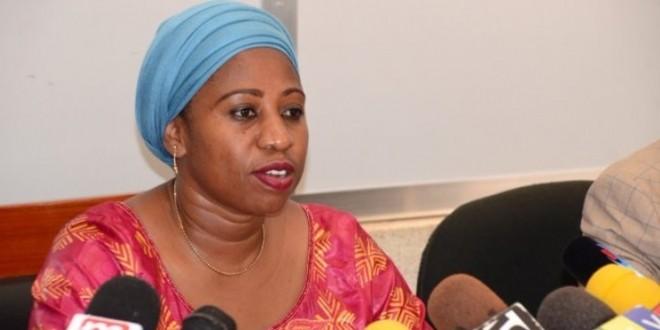 Coronavirus cases in Africa: How ready is Tanzania?

Tanzania’s Ministry of Health Community Development, Gender, Elderly and Children, assured the nation that, Tanzania has no case of coronavirus

The world is on its heels as the coronavirus (COVID-19) has taken superpowers and developing nations hostage, limiting aerial movements, limiting large congregations, and drawing billions into containment plans. With all that in the fold, what has Tanzania installed to contain the virus outbreak ripples?

It is crucial to say China and Tanzania relations are historic, dating back to the 1960s. Prior to the virus outbreak, China and Tanzania had vibrant trading interactions, with bilateral trade volume reaching $3.976 billion according to the Chinese Embassy in Tanzania.

Both China and Tanzania (Ministry of Industries and Trade) have confessed to a serious downturn in trade following the coronavirus outbreak.

Meanwhile, Tanzania’s Ministry of Health Community Development, Gender, Elderly and Children, assured the nation that, Tanzania has no case of coronavirus and it is taking serious measures to keep the situation that way.

However, taking the health landscape into account, still—Tanzania lags behind in providing standard health-care to its more than 55 million people.

Tanzania which is currently surrounded by nine-countries (including Kenya and Democratic Republic of Congo with coronavirus reported cases), has a tough job in securing its borders. On February 2 the Tanzanian Prime Minister said that still, Tanzania has not yet attained the capacity to provide coronavirus containment resources national-wide, particularly on all border points national wide.

Despite this reality, Tanzania is making serious investments in the health sector and transforming its operations.

But—the virus has now manifested new symptoms that are undetected easily at the point of entries, Italia, Senegal and Nigeria being the case—thus warrants the question, is Tanzania ready?

No country had more Tanzanians business persons roaming its provinces like China. The outbreak has pinched that interaction between China markets and Tanzania’s business community, leaving Tanzanian businessmen and women short of merchandise.

“The Impact on our bilateral trade has been significant,” Innocent Bashungwa, Tanzania’s Minister of Industries and Trade, told The East African.

According to information from The East African, both Tanzania and China, are yet to accumulate accurate figures to measure the overall impact of the severed business interaction by the outbreak.

According to S&P Dow Jones Indices, the coronavirus drove markets to a sell-off, causing $6 trillion loss in value from the global market.

Various traders in Tanzania’s commercial-pulse commented on the hardship in gathering new stock, decrying on how business operations are hurting for those relying on merchandise from China.

Further, the Chinese Embassy in Dar es Salaam responded to the matter saying “since the outbreak of COVID-19, China activated a national response mechanism and has taken the most comprehensive, thorough and rigorous measures. These efforts are producing notable positive results, leading to a positive turn in the trajectory of the epidemic,”

However, China’s ambassador to Tanzania, Wang Ke, told a recent Tanzania-China high-level investment and a business meeting that China’s total investment in Tanzania topping $7 billion in 2019, making it the largest foreign investor in the country.

Tanzania’s ambassador to China gave an update via the embassy Twitter account saying that “Production operations are slowly resuming in some industries. I urge Tanzanian business persons relying on China, to confirm with their Chinese counterparts on whether they are operating, and get back to business,”

The ambassador also urged the Tanzanian business community to hold-off their travel plans to China until the situation is satisfactory. While urging those with compulsory travel demands, ought to take serious precautions as advised by the Chinese authorities.

What will happen to tourism

According to CNBC, experts say that—summer vacations could be off the table this year as tourist feat catching the coronavirus.

In Africa, there are three cases of the virus recorded in African nations—Nigeria, Egypt and Algeria, one case each and no death.

This reality also raises the fact that—with weaker health systems in the continent as described by the head of WHO Tedros Adhanom Ghebreyesus on February 22 before the African Union, the demand for international travel might take a serious downturn if these cases won’t end in those three nations.

According to Tanzania’s Ministry of Tourism and Natural Resources statistics, tourist entering the nation rose from 1.3 million in 2017 to 1.5 million in 2018, the United States and the United Kingdom leading with high visitors.

However, experts argued that: despite many western visitors’ commitment to their travels, things could change when the virus maintains the same impact, by the end of April.

Ralph Hollister, travel and tourism analyst at GlobalData, told CNBC that the coronavirus outbreak could influence changes in consumers to travel plans “Cancelations could start to increase at a rapid rate as consumers deem the risk to their health to be greater than their need for a holiday.”

Airlines have already warned the outbreak will weigh on their profits, with the International Air Transport Association estimating in February the crisis will cost the sector more than $29 billion in 2020

Earlier this year, the Tanzanian Tourist Board, confirmed that the outbreak made the China-Tanzania tourism sphere take a bad turn, as more than 10,000 tourists destined for various local destinations cancelled their trip.

Also, as long as Tanzania maintains its health checks, and manages to lock out the outbreak, it could place its self on the safe side when the high-tourism season kicks-off in June.

In that context, David Goodger, managing director at Tourism Economics argued that the impact would not extend into the peak summer season.

“Right now, I don’t see any major impact on summer travel. If the virus does continue spreading to other places over the next weeks or months, it could have some impact,” he added

With flights to China cancelled, health authorities working on the clock to contain their virus, and containment stations established in regions with international airports, Tanzania could be safe, as long as the outbreak does not manifest into a phenomenon the nation can’t deal with.

In addition, on March 1 the United Nations released $15 million to help vulnerable nations battle against the spread of the coronavirus.

As of Monday, there have been over 89,000 cases of the virus globally, the majority in China. Outside of China, it has spread to 66 countries, with more than 8,800 cases and 130 deaths. Globally, the illness has killed over 3,000 people.