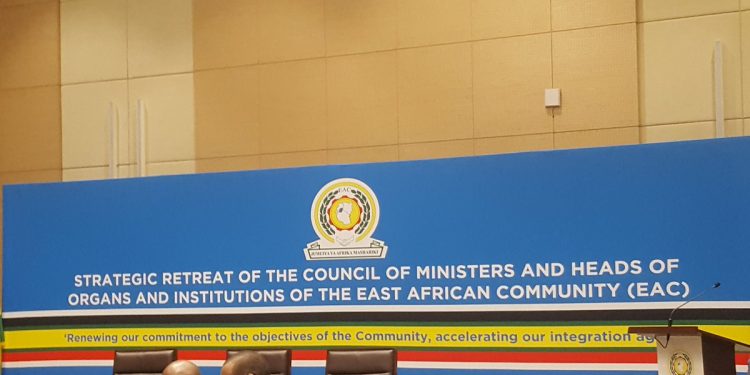 The strategy vision is to have an integrated and globally competitive cotton, textiles and apparels industry

by Kimani Chege
in East Africa, Industry and Trade
0
Share on FacebookShare on LinkedIn

The 39th Meeting of the EAC Council of Ministers has approved the Final Draft Cotton, Textiles and Apparels (CTA) Strategy and its Implementation Roadmap. The strategy whose vision is to have “An integrated and globally competitive cotton, textiles and apparels industry,” makes a critical analysis of the CTA sector along the following key levels of the value chain: Cotton Seed (Production); Seed Cotton (Ginning); Cotton lint (Spinning); Yarn Weaving/Knitting/Printing/Dyeing/Finishing), and; Fabrics (Garments/Apparels/Fabrication/Manufacturing) level.

The 39th Council which was chaired by Rwanda’s Minister of State for Foreign Affairs, Regional Cooperation and East African Community Affairs, Amb. Olivier Nduhungirehe, was attended by line Ministers from all the EAC Partner States and EAC Executives.

In an effort to promote the textiles and apparels sector in East Africa, the Ministers directed Partner States to encourage sustainable procurement of all institutional uniforms, beddings, draperies by state institutions from textiles and fabric industries the region.

The Council directed the Sectoral Council on Agriculture and Food Security to develop a strategy to boost the production of cotton in the region.

The Ministers were informed that inadequate supply of cotton lint forces millers to either buy or hold stock covering a one-year production cycle, or to shut down their production during off-seasons when they lack funds for bulk purchases.

The EAC Strategy and Implementation Roadmap for Leather, Leather Products and Footwear Sector is a response to directive by the 19th Summit of EAC Heads of State held in 2018 concerning the promotion of the cotton, textile, apparel and leather industries in the region, with a view to making the region more competitive and creating jobs.

The Summit further directed the Council to implement the directive and put in place a mechanism that supports textile and leather manufacturing in EAC.

The Session had been informed that Chairperson of the Council had written to the EAC Secretariat on the request of the Democratic Republic of Congo to join the Community. The Council noted that Article 3 of the Treaty provides the matters to be taken into account by Partner States in considering the application by a foreign country to become a member of the Community.

On investment promotion within the region, the Council approved the Draft EAC Export Promotion Strategy 2020 – 2025 for implementation. The EPS 2020-2025 contains the following strategic interventions: Stimulate exports through acquired market intelligence for enterprises and improved visibility on international markets; Improve market access and conditions for EAC Export; Strengthen export competitiveness through interventions like improved access to finance and technology for enterprises, in particular SMEs, and; Strengthen the trade support institutions and partnerships.

Kenyan woman spearheading the push for women in business in Africa