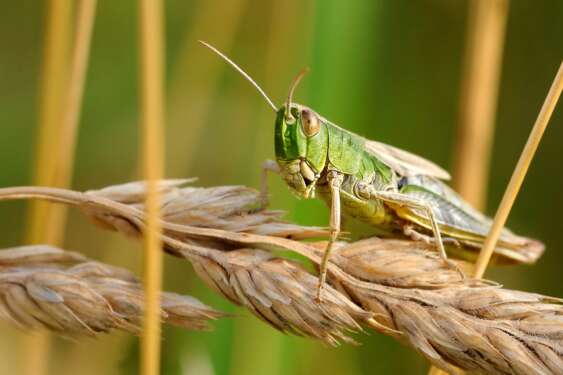 by Maureen Murori
in Africa, East Africa
0
Share on FacebookShare on LinkedIn

East Africa has since late 2019 been fighting swarms of desert locusts which have posed a serious threat to crops and grazing across the region.

The locust plague In Kenya is the worst in 70 years. In the last two months, new swarms have been breeding and hatching leaving farmers devastated as they try to cope with the negative effects from previous pests not to mention the dry spells and floods that hit the region further destroying crops.

“We expect the worst if the young hatch in March and April,” Kelvin Shingles, Kenya Country Director for German Agro Action (Deutsche Welthungerhilfe) said in a press release.

If the situation is not handled strategically, agricultural activities including crop and livestock feed will continue to be hampered causing an increased food crisis not only to humans but also animals. Moreover, without feed for livestock farmers, it means that both milk and meat industries will also be immensely affected. Consequently, this will affect the economy and food security of the countries affected and the ripple effect will be felt across the continent.

Speaking at a recent Webinar dubbed the “21st Century Integrated Approach for Managing the Desert Locust” on March 15, 2021, Dr. Stephen Njoka, Desert Locust Control Organisation for Eastern Africa (DLCO-EA), noted that there are several environmental factors that make it possible for the swarms to breed and largely spread out to large areas within a short period. They include good rains, suitable ecological conditions (i.e. green vegetation) and moist sandy soil. Wind and its direction is also a major factor as it enables swarms to fly for long distances.

Dr. Njoka told the participants and other panellists that up to 20 percent (28 million km2) of the Earth’s surface have been infested by the locust plagues. Normally, the swarms originate from a much smaller area (16 million km2) known as the Recession Area. It extends from Mauritania cutting across the Sahara, the Red Sea Basin, the Horn of Africa, through the Arabian Peninsula into northwest India and southwest Pakistan.

Djibouti, Eritrea, Ethiopia, Kenya, Tanzania, Uganda, Somalia, South Sudan and Sudan are prone to these pests. Over the last months, scientists and local authorities alike are struggling to find a resolution to the outbreak.

Employing traditional means to cope with the menace

In a bid to support affected communities to respond to the problem, a regional company, The Bug Picture, in collaboration with Danida Emergency Fund, are encouraging communities to harvest the pests and receive payment in return. The company specialises in creating a sustainable and environmentally friendly insect-based protein used in making animal feed and fertiliser.

Speaking to Euronews Living, Laura Stanford, the founder says: “We are empowering the individual to contribute to a solution which we think is very powerful. We see this as a complementary approach to fill the gaps where United Nation’s Food and Agriculture Organization (FAO) is unable to spray due to small swarm size, settlement areas and areas of intensive crop farming.”

Other methods include harvesting to eat the locusts, burning breeding sites at night, herding the pests into trenches and burning or burying them, making noise to keep the hoppers from settling on crops among others. According to Ivan Rwomushana, Senior Scientist, Invasive Species Management, these measures cause no environmental concerns; however, they are not very efficient in managing the locusts.

To cope with the situation on a large scale, modern solutions are being employed by countries in collaboration with NGOs. Some of these include the use of synthetic insecticides in Ultra Low Volume (ULV) formulation which are being dispensed by “aircraft, vehicle mounted sprayers, or motorized hand–held sprayers, as recommended by FAO, DLCO-EA” among other agencies, Mr. Rwomushana points out.

In Kenya, FAO has teamed up with the company 51 Degrees, an Earth Ranger System, which works to capture and relay locust sightings and movements to governments, organisations and pilots dealing with the invasion in specific areas. Developed to track poaching activities, injured animals and illegal logging among other conservation-based activities, today, the device is being used as a means to tackle the locust swarms.

Modern methods using the ULV formulations are reported to cause harm to humans, animals and other non-targeted organisms such as bees, fish and water sources. Due to this, Mr. Rwomushana advises that concerned organisations should target areas with no residents and non-livestock grazing areas. More focus should be placed in using non-toxic formulations that only target locusts and do not contaminate the environment.

Prevention is better than cure!

The best solution however, is prevention. That is, “targeting hopper bands before swarming to reduce risk which translates to use of less pesticides,” Mr. Rwomushana adds.

With this in mind, it is thus the work of policy–makers to create strategic measures that ensure both local and regional mitigations. The measures include regulating the production, packaging, distribution, storage, use and disposal to reduce toxins on the environment, Dr. Kyalo told the online meeting.

Other suggested measures as described by Dr. Belayneh are: “Build upon partners’ assessments and findings and develop a 5-year action plan to implement recommendations, increase investment in the use of new technologies for remote sensing, data collection, and improve forecasting and response, support evaluation of efficacy and operational requirements of commonly used tools and materials and assess benefits and costs of softer [biological] pesticides.”

Additionally, digital solutions such as digital imaging, deployment of drones among other devices and applications are key to not only surveillance, monitoring and forecasting but also responding to the invasion.

Dr. Njoka commends local communities and organisations working to reduce the effects of locusts by employing traditional means and calls upon the wider region not to focus on opportunistic activities such as harvesting the locusts (cautioning against eating already sprayed insects) or to make livestock feeds and as pests causing havoc on crops and pasture, locusts must be dealt with accordingly.