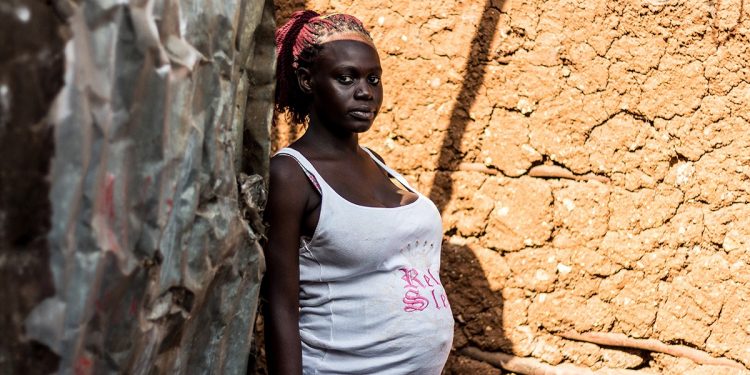 The economics of not educating the African girl-child

The theme for International Women’s Day 2022 is “Gender equality today for a sustainable tomorrow.”

International Women’s Day, yet again this year, was no different from the many in the past where the day has been celebrated.

The theme for International Women’s Day 2022 is “Gender equality today for a sustainable tomorrow.”

However, there is still so much that is not being done that all over the world, governments and citizens are culpable for holding women back.

One of the equalisers in our society today is education which is recognized as a fundamental human right. But this essential pathway to the acquisition of knowledge and to “the full development of the human personality”, as per the Universal Declaration of Human Rights, is still riddled with many challenges for girls, especially in developing countries most of which are in Africa.

On this International Women’s Day 2022, education remains elusive for most girls. Sadly.

Social, cultural, and financial practices continue to hold societies captive to an extent where the education of women is seen as a waste of resources.

In their report, Her Future, Jesuit Refugee Service/USA observes that in countries where conflict prevails, the situation is even worse, with girls only half as likely to be enrolled in a secondary school as boys, according to the United Nations High Commissioner for Refugees.

The World Bank’s report, Missed Opportunities: The High Cost of Not Educating Girls notes that low educational attainment for girls brought about by too many drop-outs among other reasons “has negative consequences not only for them but also for their children and household, as well as for their community and society”.

The desire for widened education was one of the major reasons East African nations fought for independence.

Once independence was attained, each of the nations, (Kenya, Tanzania, and Uganda at the time as cited in a Journal – Policies On Free Primary And Secondary Education In East Africa: Are Kenya And Tanzania On Course To Attain Education For All (Efa) Goals By 2015?) prioritized education and promoted it with an aim of developing the “most needed human resources to run the state institutions”.

As such, several policies were adopted to accelerate access to education to many Africans who had been excluded by the colonial system. Some of the policies included the scrapping of what was known as common entrance examinations (CEE) which were administered at standard four in the three East African nations.

Instead, a new system, which consolidated the examination at the end of the uninterrupted seven years of primary school education was adopted. This gave way to the campaign for universal primary education (UPE) free of charge as a long-term strategy in 1964 and 1967 in Kenya and Tanzania respectively.

Since then, education systems have changed with almost every government. In Kenya for example, at a certain period, parents were required to pay levies for students in Standard V-VII, between 1975 and 1978.

The following year, Kenya introduced free education for Standards V-VII leading to a sharp increase in enrolment compared to the previous years. In the next ten years, the government stressed free education and no levies were charged to parents.

In 1988, cost-sharing was introduced and this continued until over a decade ago (2003) when free primary education was reintroduced.

Progress in education is not reaching the marginalized

Despite the progress, those marginalized, including girls, are still underserved especially when it comes to secondary school education.

Low education achievement amongst girls according to the World Bank report (Missed Opportunities: The High Cost of Not Educating Girls) has an impact on the life trajectories of women.

Many indicators show that having primary education does not make a big difference to having any education at all.

As such, girls should be supported to attain secondary education as it is seen that every year that a girl spends in school means a reduction in early marriages, early childbearing and the risks associated with becoming wives and mothers before the girls are physically or emotionally prepared.

In addition to being a contributor to health complications to young mothers, early childbirth may also affect the health of the children.

Studies indicate that girls marrying or dropping out of school early are more likely to have poor health, bear more children over their lifetime and earn less in adulthood. Ending early child marriage according to a report (The cost of not investing in girls: Child marriage, early childbearing, low educational attainment for girls, and their impacts in Uganda), could generate up to US$2.7 billion in annual benefits (in purchasing power parity terms)which includes lower population, among others.

Moreover, it would contribute to increased earnings for women today had they been able to avoid early marriage, say, in 2015.

Read: Harnessing opportunities afforded by AfCFTA by looping in women

Instead, up to US$500 million is lost. The loss according to the report is due to risks associated with early marriage and childbirth such as under-five mortality and stunting for young children. Moreover, with a lower population, governments could invest resources to improve the quality of the services provided, instead of squeezing their miniature budgets to meet the needs of a larger population.

When women earn lower due to inadequate or lack of education, it leads to losses in human capital. The losses incurred due to lack of access to universal secondary education by many women is estimated to range between US$15 trillion to US$30 trillion globally.

The report on Ugandan women also observes that had child marriage and early childbearing ended in 2015, “the immediate annual benefit could have been equivalent to US$95 million in purchasing power parity (PPP), increasing to US$2.4 billion by 2030”.

On this International Women’s Day, it is still a shame that data shows that little has changed since the Kenya National Bureau of Statistics reported that women make up only about a third of Kenyans in formal employment.

Moreover, it is predicted that every one year spent in secondary school is associated with an increase in wages of as much as 25 per cent, and ensuring that all girls get at least secondary education in Sub-Saharan Africa will minimize child marriages by more than half.

While providing free compulsory basic education is essential to enable more girls to access education and ultimately a better life in society, a number of bottlenecks stand in the way of this goal.

Many girls still remain out of school for a number of days or drop out of school completely due to a lack of sanitary towels to manage their menstruation.

Local data from the Ministry of Education indicates that “a girl that is absent from school for four days in 28 days (month) loses 13 learning days, equivalent to two weeks of learning in every school term.”

This translates to 39 days or six weeks of learning time which girls lose every nine months (one academic year).  Out of 108 weeks between grades 6 and 8 (three years) in primary school, a girl loses up to 18 learning weeks. On the other hand, a girl is out of school for about 24 weeks out of 144 weeks of learning within the four years of high school.

It is due to these overwhelming statistics that the government launched the Sanitary Towels Programme targeting public primary and secondary schools across Kenya. Launched in 2011, the programme was initially targeted at girls from disadvantaged backgrounds.

The book, What Works in Girls’ Education, cites studies showing that providing school uniforms contributed to the reduction of drop-outs in primary schools from 19 per cent to 16 per cent and reduced teen pregnancies by 3 per cent (from 16 per cent).

In conclusion, it is important to note that while opening doors for girls to access education is noble, availing extension programs such as the provision of sanitary towels, uniforms and books among other basic resources could ensure that even more girls complete basic education with ease, thus contributing to the well-being of the society as a whole.

Read: Unleashing the potential of the African girl-child