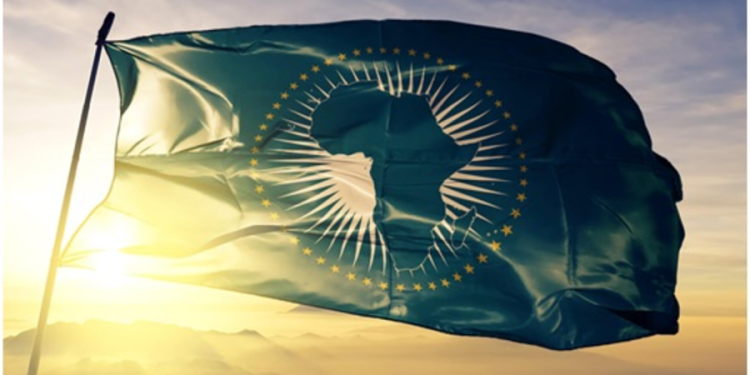 The African Union and Regional Integration in Africa. [Photo/ Diplomatists]

A united Africa can gain from its diverse resources, cultures and people but needs more work on the ground.

Africans and African diaspora across the world commemorated Africa Day on May 25, 2022.

The day truly serves to integrate the diverse continent into one identity. This year bears extra importance as it is also the 20th anniversary of the African Union (AU). The theme for this year was “Strengthening Resilience in Nutrition and Food Security on the African Continent”.

Yet, the celebration was tarnished by rising food prices as a result of Covid-19, climate-induced drought in parts of Africa, and the Ukraine crisis, according to Hindustan Times.

According to an article by Hindustan Times published on June 17, 2022, Africa Day is to commemorate May 25, 1963, when 30 independent African leaders signed the founding charter of the OAU (Organization of African Unity). Later to give more impetus to the organisation, many new areas were added and it was transformed into African Union (AU).

Yearly, the AU decides a theme for the day based on the common challenges for the continent. This year’s theme underpins the importance of food and nutrition security across the continent, particularly in the aftermath of the Ukraine crisis.

The UN adds that greater African unity has long been a cherished but elusive goal. There is now a renewed impetus to establish closer economic and political ties among the continent’s numerous countries, based on a heightened appreciation of the need for regional integration and a clearer understanding of the reasons for past failures.

The global body pointed out that the idea of better integrating African countries and regions has long been promoted by political leaders in speeches, official conferences, and formal treaties, although with only limited results on the ground.

Read: Piecing the Puzzle of African Integration: The Successes and Exponential Potential

According to an article by the Antlatic Council dated October 18, 2021, Ghanaian President Nana Akufo-Addo said instead of arts and culture “being limited to the expression and display of customs, practices, and values,” he said, they’re now powerful “interconnected tools” that can “bring about the attainment of economic power and dignity for peoples of African descent.”

Now, he said, governments will need to fold creative industries “into the broader development agenda” by sustaining their investment and addressing hurdles that cut them off from broader markets.

As far as 2002, the UN said the advantages of integrating African countries are numerous. Wider regional markets can open up more opportunities for African producers and consumers, beyond small markets within their borders. Former Algerian President Abdelaziz Bouteflika pointed to two particular “virtues” of regional economic integration. It can reduce the costs of developing essential infrastructure, including transport, communications, energy, water systems, and scientific and technological research, which often lie beyond the means of individual countries.

At the same time, integration facilitates large-scale investment by “reinforcing the attractiveness of our economies and reducing the risks.”

Further, in grappling with the challenges facing regional integration efforts in Africa, advocates of greater unity have identified several other requirements for success:

As far back as September 2002, in an article, the UN said Africa’s earlier frameworks for regional integration, such as the 1980 Lagos Plan of Action, tended to emphasize a preponderant state role.

But many African governments lacked the financial resources and political credibility to effectively implement policies even within their borders. Some were crippled by civil war or came into conflict with one or more of their immediate neighbours, disrupting progress toward cooperation.

The AU also had two extraordinary summits in Malabo, Equatorial Guinea, from May 25 to 28, 2022, to discuss the humanitarian issues along with terrorism and unconstitutional changes of Government in several African countries. The extraordinary summit contemplated the progress towards its various objectives and analyzed the challenges.

Of late, there has been a succession of coups and military takeovers on the continent. It started in April 2021, when the president of Chad for three decades Idriss Deby got killed in an institutional coup d’état. In May, Mali witnessed its second coup in nine months. In August 2020, Colonel Goita led a coup in the wave of strong anti-government protests. Following the successful coup, he declared himself president later on.

Meanwhile, countries like Niger, Madagascar, and Guinea-Bissau have managed to survive coup attempts, but uncertainty prevails.

In a related article by Hindustran Times, in March 2018, the Africa Continental Free Trade Area (AfCFTA) was established. Covering more than two billion people, mainly youth, once realised, AfCFTA will create around US$15 billion in GDP for each country and an overall US$3 trillion for the continent.

While the AfCFTA is a bold endeavour to integrate Africa economically, the continent remains politically divided. This was clear during the UNGA resolution of March 2022 to condemn Russia’s aggression. The resolution received only 31 African votes. Russia’s long-time African allies Sudan, Mali, and the Central African Republic were among the 17 African countries that abstained.

Among them, South Africa’s absence was unanticipated, given that it has opposed both the Israeli occupation of Palestine and the North Atlantic Treaty Organization’s intervention in Libya. Ethiopia and Cameroon were absent from the voting booth. And Eritrea, the tiny neighbour of Ethiopia, was the only African country that actually voted against the motion.

In its Agenda 2063, the African Union declared that it would strive for an Africa with a strong cultural identity, common heritage, shared values, and ethics.

Ambassador of the African Union to the United States Hilda Suka Mafudze added that the strength of Africa’s cultural identity will be a “critical factor of Africa’s reemergence on the global stage.”

The continent continues to hold a lot of promise. It possesses both the people and technical resources necessary to ensure a better future for all of its citizens.

Read: Is the AU enabling the destabilisation of Africa one country at a time?