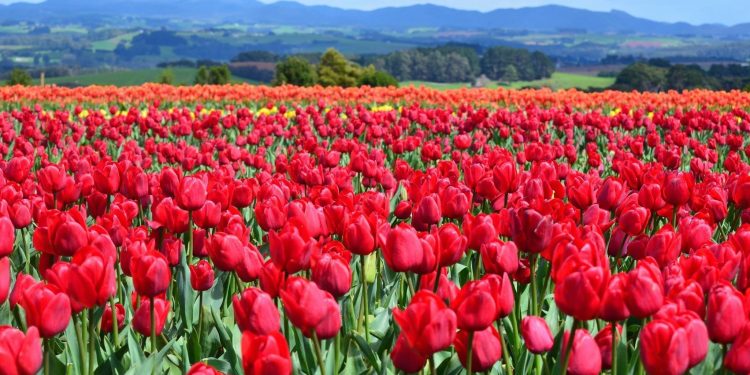 Flowers. Emirates transported 2,000 tonnes of cut flowers from Kenya which remains an important freighter station for the airline. [Photo/FCK]

Following the divorce, the EU and the UK will determine their future trade relations

The UK left the European Union (EU) in January after a long and tedious process which saw Prime Minister Theresa May quit as the Conservative leader on June 7, 2019.

Following the divorce, the EU and the UK will determine their future trade relations during the transition period which goes on until the end of this year.

With this reorganisation, developing countries could see their exports to the UK increase. The EU could also offer a slightly bigger market for goods coming from these economies. However, this is dependent on whether the UK increases tariffs for third world countries.

With this, it is time for Africa as Brexit could create new opportunities for the continent which just became one the largest free trade area in the world with the AfCFTA which will be operational starting in June 2020.

The UNCTAD notes that a no-deal Brexit could offer some opportunities for developing countries as trade barriers between the UK and the EU would benefit suppliers from third world countries.

“By contrast, a deal between them (the UK and the EU) would preclude the incentive to turn to third countries,” notes a study by the UN body.

The downside for the developing countries due to Brexit would be if the UK’s regulations move away from the EU’s.

“The positive third-country effect could be diminished by increasing regulatory divergence. If the UK’s regulations divert over time from the EU’s, trade costs would rise for third countries due to production process adjustment costs and potential duplication of proofs of compliance. This would disproportionately affect smaller and poorer countries as well as small and medium-sized enterprises,” adds the study.

But some countries like Kenya are moving in to strategically position themselves to increase trade with the EU and the UK.

Already, Kenya has reached agreement with Britain to continue trading with the European nation under preferential terms. In this arrangement, the UK will provide duty-free, quota-free access to Kenyan goods. While it is not a long-term trade deal, the two-year period that it will run for will enable the two countries to work on new trade agreements which will replace the current European Union pacts.

Britain plans to replicate existing trade deals with more than 70 countries based on what the EU has.

While Kenya has taken the lead to expand its trade with Britain, the least developed countries in East Africa will continue trading with the UK under the same trade arrangements.

During her maiden tour to Africa as Prime Minister, May said that she wanted the UK to be the G7’s number one investor in Africa. Her African tour which started with South Africa, Nigeria and then Kenya was seen as a move to buttress Britain’s global ambitions after Brexit.

While Kenya and Rwanda have already signed the Economic Partnership Agreement (EPA), Tanzania, Uganda and Burundi are yet to ratify the agreement stalling the progress of its implementation. With the delays, Kenya is on a path to securing its own preferential market which will grant it access to the EU.

Simon Mordue, the EU ambassador to Kenya has already said that under the “variable geometry” provision, Kenya could be allowed to go ahead solo. Under this arrangement with the EU, certain states are allowed to implement trade agreements before others which are not ready or have the process move faster than others.

“Kenya and Rwanda are obviously very keen to start this trading arrangement with European Union as quickly as possible because they fully understand the benefits,” said Mordue in November last year.

The East African economic hub mainly exports agricultural products to the EU. These include cut flowers, tea, coffee, peas and beans. The EU makes up 21 per cent of Kenya’s export market for these products.

Under the current arrangement, 80 per cent of these exports access the EU quota-free.

Is Africa ready for climate change, spread of infectious diseases?