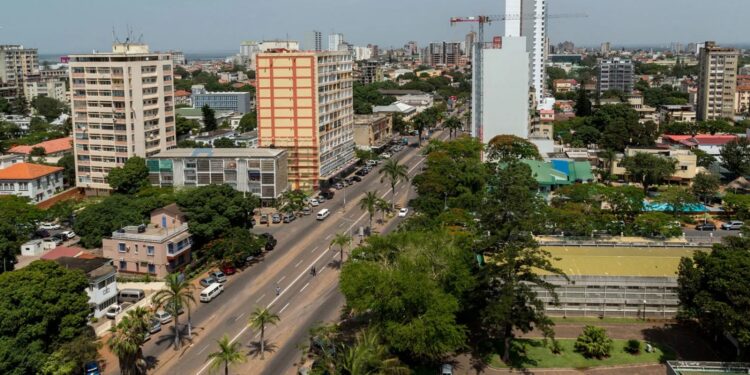 The instability forced France's Total Energies to declare force majeure and evacuate staff from a nearby multi-billion-dollar natural gas project located about six kilometres away from the city.

by Kester Kenn Klomegah
in Investing, Mozambique
0
Share on FacebookShare on LinkedIn

The Southern African Development Community (SADC) has collectively decided to extend its force mission mandate in Mozambique for three months.

This is meant to provide military support in fighting terrorism in Cabo Delgado, the northern seaside provincial district that suffered frequent militant attacks displacing thousands out of their homes.

Reports said that Islamic-State linked militants wreaked havoc in the area when it broke out in 2017. The grave situation attracted international concern when they attacked the key port town of Palma in March 2021, killing dozens as thousands fled into the surrounding forest.

Read: The state of Foreign Direct Investment in Mozambique

The violence and attacks further threatened the economy including both local and foreign businesses in Cabo Delgado and, of course, the entire Mozambique.

For instance, the violence forced France’s Total Energies to declare force majeure and evacuate staff from a nearby multi-billion-dollar natural gas project located about six kilometres away from the city. Valued at €20 billion, it is the largest ongoing private investment in Africa.

This 16 members regional organization, with its unique and clear goals took up the challenge to enforce and bring back durable security necessary for promoting economic growth and socio-economic development as it is one of the goals, among others.

With the common goals at hand, the Southern African countries jointly put together a standby military force that is effectively working, besides the special force from Rwanda. The forces are contributing to defending Mozambique.

The South African Mission in Mozambique (SAMIM), according to the final communiqué released after the leaders of the southern African countries gathered to review significant issues, among them the operations of the joint military force dispatched last year as attacks reached its greater heights in Mozambique.

Chairperson of the SADC’s Organ on Politics, Defense and Security and South African President, Cyril Ramaphosa told the gathering in Lilongwe, capital of Malawi, where the regional bloc held its extraordinary summit and reviewed progress in Mozambique, described SAMIM as highly successful in defeating the militant groups particularly in Cabo Delgado.

“I would like to express my appreciation and commend SAMIM for its work on the ground, as well as recognize the member states that have supported this work financially and in the deployment of military personnel and equipment,” the final report quoted Ramaphosa.

SADC cannot allow terrorism to spread to other provinces in Mozambique and to the region, and it is imperative to promote a spirit of unity among member countries as terrorism and violent extremism threaten the stability and development that the region has achieved over the past four decades, says the report.

The communiqué also approved the framework for support to Mozambique in addressing terrorism outlines, among others, comprehensive strategic actions for consolidating peace, security, and the socio-economic recovery of Cabo Delgado.

The Maputo daily Noticias wrote after the SADC summit that a budgetary allocation of US$29.5 million has been set aside for the three-month extension, after high-level consultations and this would mean until at least mid-April. The SAMIM extension is set from mid-January.

Addressing the opening session of the summit, the current SADC Chairperson, Malawian President Lazarus Chakwera, urged regional bloc member states to stick together and ensure that SAMIM remains multidimensional and comprehensive. He entreated SADC member countries not to relent, regress or even retreat on their commitments.

“What remains now is for us to stay the course and stick together. We cannot relent. We cannot regress. We cannot retreat. Our approach to this mission must continue to be multidimensional and comprehensive. It must not only focus on neutralizing the threat, but also have post-conflict plans to rebuild,” said Chakwera, adding that the collective mission is paramount and the stakes for all the Member States are high because what they are fighting for is regional stability and the sustainability of the quest for the bloc’s integration and socio-economic development.

Chakwera welcomed the comprehensive Cabo Delgado Reconstruction Plan launched by his Mozambican counterpart, Filipe Nyusi, and his government, which, among other issues, seeks to provide humanitarian support to the affected population, including internally displaced persons, and uplift their living standards.

Mozambican President Filipe Nyusi however expressed high optimism about the current military situation in Cabo Delgado. He said that all the bases from which the terrorists used to plan their actions are now in the hands of the Mozambican forces, and 2022 would be a decisive year to support the regional standby force in the final fight against terrorism in Mozambique.

For Mozambican President Nyusi the extension of the SAMIM mission demonstrates the spirit of unity and solidarity that the Southern African Development Community members have readily and warmheartedly shown with the people of Mozambique.

Mozambique has grappled with an insurgency in its northernmost province of Cabo Delgado since 2017, but currently fast improving after the deployment of joint military force with the primary responsibility of ensuring peace and stability, and restoring normalcy in Mozambique.

The Southern Africa nation has consistently maintained that all problems especially relating to conflicts and crises should be resolved largely based on the approaches of Africans, and of course with moral, political and material support from regional blocs such as SADC and the continental organization – African Union, and the involvement of United Nations with its UN Security Council.

With an approximate population of 30 million, Mozambique is endowed with rich and extensive natural resources but remains one of the poorest and most underdeveloped countries in the world. Mozambique is a member of the Southern Africa Development Community (SADC).

Mozambique is a country located in Southeast Africa bordered by the Indian Ocean to the east, Tanzania to the north, Malawi and Zambia to the northwest, Zimbabwe to the west, and Eswatini (Swaziland) and South Africa to the southwest.