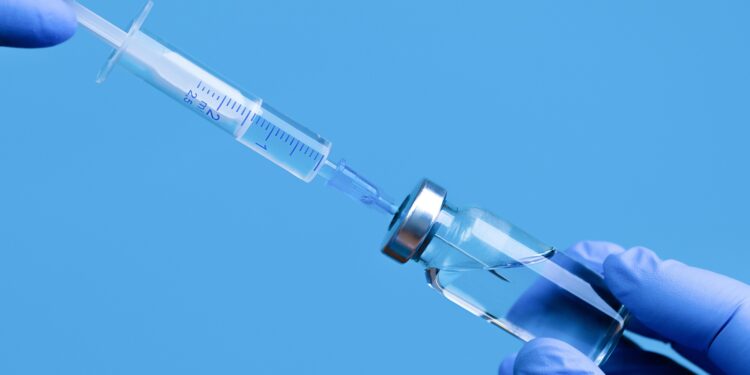 The conversation took place against the backdrop of the current entry restrictions on travellers from southern African countries, due to the spread of a new Covid-19 variant.

According to the official Kremlin transcript, which hardly gives detailed information, “the presidents agreed to join efforts in fighting the coronavirus pandemic, in particular in view of the newly identified Omicron strain, and further discussed interaction within BRICS and trade and economic cooperation”.

The conversation took place against the backdrop of the current entry restrictions on travellers from southern African countries, due to the spread of a new Covid-19 variant (new B.1.1.529 variant) to the United States, Europe and Asia.

Read: Who decided that “Omicron” is African?

Russia and South Africa, which later joined in 2011, are both members of the BRICS, and since the outbreak of the coronavirus in December 2020, have discussed some aspects as well as the prospects for collaborative work in fighting the disease.

Russia and South Africa previously proposed localizing the production of Russian vaccines, but the key setback was that the vaccines were yet to be approved by the World Health Organization. As a result, there were neither concrete practical results nor effective collaboration between the two countries.

In contrast, China has made huge contributions to South Africa and many other African countries. It has further, at the November Ministerial Conference (FOCAC), authoritatively pledged a supply of one billion vaccines to Africa.

Within BRICS—Brazil, Russia, India, China and South Africa—the coronavirus has indeed affected them. China, with the highest 1.5 billion population, has at least, managed to keep Covid-19 under control. Russia with a population of about 145 million is itself struggling to control the spread of the virus. On the other hand, South Africa with a population of some 60 million, has the largest number of confirmed COVID-19 cases in Africa, but the lowest among the BRICS countries.

Among the five BRICS countries, China and India lead in the pursuit of economic spheres of influence worldwide. Chinese President Xi Jinping, delivering a speech via video link at the opening of the World Health Assembly, pledged US$2 billion to combat Covid-19.

Local Russian media such as Izvestia has reported that the BRICS expressed commitment and preparedness to help South Africa to study the new Omicron coronavirus variant and fight it during the BRICS International Forum held in early December.

BRICS members are ready to support South Africa on all matters regarding the new variant, be it research or medical supplies, she told the newspaper, noting that it is important to stop Omicron before it is too late. In particular, India has put together a shipment of medical equipment and its Covishield vaccine for South Africa if these are needed.

Further, Virologist Alexey Agranovsky told Izvestia that it could take three months to a year to determine how dangerous Omicron is. “We do not yet know whether Omicron can supplant the Delta strain, although theoretically this scenario cannot be ruled out. Omicron has not been studied enough to suggest that it is more easily tolerated than other variants. With 10 or 100 case histories tracked, there’s sketchy information, so it is impossible to talk about anything serious,” he emphasized.

Over these years, the BRICS has wanted to expand cooperation in the fight against infections and engage in the joint production and use of vaccines. Cooperation on countering infectious diseases has long been a priority for BRICS. For instance, the final declaration of the 2015 BRICS summit in Ufa, Russia, contains instructions by the leaders to work on managing the risk of Covid-19 outbreaks.

In fact, the joint declaration stated: “We commend the efforts made by the BRICS countries to contribute to enhanced international cooperation to support the efforts of countries to achieve their health goals, including the implementation of universal and equitable access to health services, and ensure affordable, good-quality service delivery while taking into account different national circumstances, policies, priorities and capabilities.”

During the discussions at the heads of state-level and ministerial levels, the countries only agreed to continue providing mutual support in activities to prevent and treat the novel coronavirus infection Covid-19, as well as to create favourable conditions for the supply of deliveries of medications and diagnostic materials, immune-biological preparations, and medical equipment.

There were also talks on efforts to strengthen international institutions, joint efforts to combat new challenges and threats, including the Covid-19 pandemic, and cooperation between the five states at multilateral fora. In the context of the current epidemiological situation, the BRICS has often expressed solidarity and hope to improve the healthcare systems.

India currently holds the 13th BRICS Chairmanship, which ends in December, and has to pass on to China for the 14th BRICS directorship starting January 2022. The five BRICS countries together represent over 3.1 billion people or about 40 per cent of the world population. By and large, the coronavirus pandemic has taken a huge toll in Brazil, Russia, India, China and South Africa (BRICS).

Read: For Russia, Africa is a “geopolitical arena with many competing players”