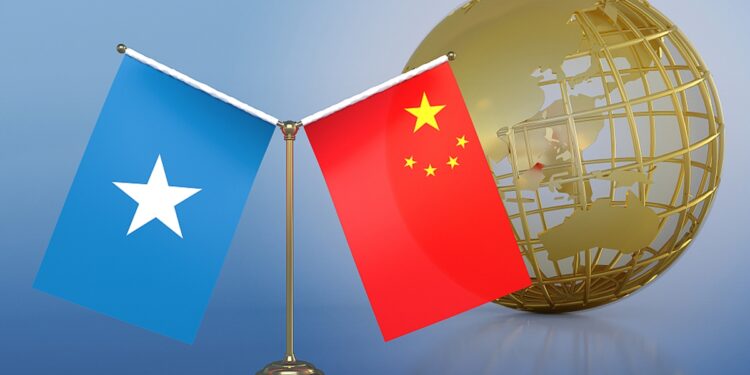 Somalia and China: a longstanding relationship with great value

by James Ndwaru
in Countries
0
Share on FacebookShare on LinkedIn

The diplomatic Somalia-China relations have played a crucial role in Chinese government developing over 80 infrastructure projects in Somalia, including the national stadium, Banadir hospital, and north-south highway.

China is actively expanding its economic footprint in all African countries. However, due to its geographical location, Somalia plays a unique role in the Celestial Empire. Consequently, Somalia is the first East African nation to establish diplomatic relations with the People’s Republic of China.

A significant corridor of maritime connection goes between Europe and Asia along the borders of these nations, including the Gulf of Aden, the Red Sea, and the Suez Canal. Almost all shipping vessels from the Indian Ocean to the Mediterranean Sea transit via this tight passage since the alternative is the longer and more costly route around Africa’s Cape of Good Hope.

As is well known, China has invested significantly in the global transportation project known as the “One Road, One Belt Initiative” (OBOR). The 21st Century Maritime Silk Road project, which encompasses the primary maritime routes linking Africa, Asia and Europe, is the centrepiece of OBOR. As a result, the security of passage in the Suez Canal and nearby areas is critical for China.

The history of Somalia-China relations

The Somali administration maintained strong contact with its Chinese counterpart throughout the Cold War. The Somali leadership advocated ending China’s diplomatic exclusion and backed its admission to the United Nations.

Following Somalia’s civil war outbreak in January 1991, the Chinese embassy in Mogadishu ceased operations. The majority of Chinese officials exited Somalia. Nevertheless, the two nations retained some trade connections in the years that followed. In 2002, total commerce volume was $3.39 million, with Somalia sending $1.56 million to China and buying $1.83 million.

The formation of the Federal Government of Somalia

Following the formation of the Federal Government of Somalia in mid-2012, Chinese officials restated their backing of the Somali government. They urged the international community to supercharge its efforts to help the Somali peace process.

After a meeting with Chinese Vice Premier Wang Yang in August 2013, Somalia’s Foreign Minister, Fowziya Yusuf Haji Adan, stated that the Somali administration was looking forward to working with the Chinese government in the agriculture, national security, infrastructure, and energy sectors, among others.

On June 30, 2014, Chinese Foreign Ministry spokesperson Hong Lei said that the Chinese embassy in Mogadishu would reopen. He termed the move as an acknowledgment of Somali authorities’ accomplishments in national restoration efforts and a sign of the Chinese government appreciating the bilateral ties with Somalia.

Somalia was among the 53 nations that supported the Hong Kong national security bill at the United Nations in June 2020. China also assists Somalia through international organizations. Somalia is still quite significant to China. Thus, throughout the years, China has made practical efforts to rehabilitate Somalia’s economy.  This remains crucial in restoring the Horn of Africa’s nation to the course of benign growth.

For the last few decades, Somalia has faced economic, political, and environmental challenges which have hampered its economic growth. However, because of its advantageous geopolitical position, China has taken a keen interest in helping Somalia establish its economic stature.

The diplomatic Somalia-China relations played a crucial role in the Chinese government’s development of over 80 infrastructure projects in Somalia, including the national stadium, Banadir hospital, and north-south highway.

Somalia is a member of China’s Belt and Road Initiative (BRI). Since Somalia joined China’s BRI, the trade volume between the two nations has expanded, intensifying people-to-people exchanges.

In their discussions, Wang stated that China’s longstanding connection with Somalia remains integral to the China-Africa friendship. He said that China would continue to be a reliable friend of Somalia, providing support and aid to the best of its ability to achieve joint growth and prosperity. Wang also underlined that the two nations consistently support and respect each other on issues involving their fundamental interests.

Huruse stated that Somalia-China relations remain time-honoured and that words are insufficient to characterise it. He added that Somalia genuinely thanks China for walking with the country in crucial times, particularly in steadfastly supporting Somalia in preserving its sovereignty.

Huruse said that his nation fully adheres to the one-China concept and rejects any outsider involvement in China’s domestic affairs. He noted that Somalia is happy to have China as a friend, as a strong country with tremendous worldwide impact.

According to Huruse, developing ties with China is not accidental nor motivated by self-interest. He continued, despite its modest size, Somalia has never faltered in maintaining its role on the world scene.

Moreover, he said that China respects Somalia’s steadfast commitment to the one-China principle and supports the country in preserving its sovereignty, dignity, and territorial integrity, adding that China would continue to support Somalia’s legitimate claims in the international arena.

He said that China intends to enhance its solidarity with developing economies and reject unilateral bullying. This will help to jointly preserve the core rule of international relations of non-interference in other nations’ domestic affairs to the benefit of Somalia-China relations.