The construction of EACOP is estimated to cost approximately $3.5 billion

by Joseph Kangethe
in Tanzania, Uganda
0 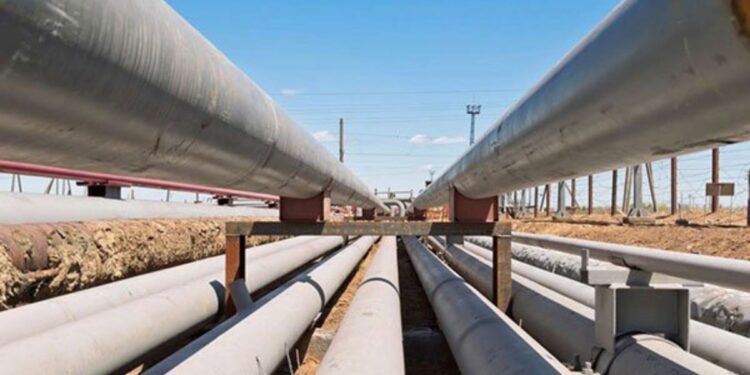 The construction of EACOP is estimated to cost approximately $3.5 billion. Photo: East African.

The onset of 2022 has given life to the commencement of the world’s largest heated crude oil pipeline, with compensation for land acquisition in Uganda already in progress.

According to Michael Tiffen, EACOP’s managing director, the construction of EACOP is estimated to cost approximately $3.5 billion. The project’s equity investors are expected to contribute 30% of the cost, while international loans will cover the remaining 70%.

The government of Uganda and Tanzania’s administration signed an agreement for the development of EACOP in May 2017, and a foundation stone was installed in August of the same year.

The project is expected to stimulate trade and investment, strengthen cooperation between the two countries and promote regional integration.

Lack of commitment costs Kenya a slot in EACOP

President Samia stated that the project will generate revenue for both countries while also creating short-and long-term employment opportunities for highly skilled and semi-skilled professionals as well as casual laborers, thereby addressing the youth unemployment crisis.

Uganda discovered oil in the Lake Albert basin and has since confirmed the presence of 6.5 billion burrows, which are expected to serve both domestic and international markets for the next 30 years.

There have been delays in oil production in Uganda due to delays in negotiations concerning oil investments and the installation of important infrastructure needed for oil production. This has frustrated local entrepreneurs seeking to tap into the lucrative business.

The EACOP project has also experienced setbacks due to the withdrawal of funding from some prospective lenders, citing environmental, social, and ecological concerns.

The oil and gas fields in Uganda are found within national parks, lakes, rivers and forested lands, the main ones being Murchison Falls national park, Lake Albert and Lake Kyoga.

Environmental champions and conservationists argue that in the event of a spill, the risk to the environment will be saddening.

“The majority of the oil that is going to be transported by the EACOP is going to be taken from Murchison Falls national park, which is one of Uganda’s oldest, largest and most biodiverse,” said Diana Nabiruma of the Africa Institute for Energy Governance. “It has a number of plants and animals that are important for their own survival and that of Ugandans and humanity at large.”

The government of Uganda, however, says that the project is now in line with legislation from both countries and that of international bodies. This aims at ensuring that the project complies with global climate laws to protect the environment. This gives prospective lenders more confidence to invest in the project.

The Environmental Engineering and Technical Services Group (RSK Eco & Partner Consult) carried out the Environmental and Social Impact Assessment (ESIA) report for the project, which was reviewed and approved by Uganda’s National Environmental Management Authority (NEMA).

“This pipeline project can be a call to bigger developments if Congo and South Sudan choose to also use it for their oil,” President Museveni said.Besides, the same pipeline can take a return gas supply of Tanzanian and Mozambican gas to Uganda and the Great Lakes region.

The Petroleum Authority in Uganda says that the engineering designs for the whole project are ready, compensation plans for land acquisition have already begun, and procurement for logistics is underway.

Uganda’s Oil Minister, Mary Goretti, said that construction work had already begun in the two mining fields, Kingfisher and Tilenga, on the shores of Lake Albert. The two fields are estimated to contain up to six billion barrels of recoverable oil resources.

East Africa’s rapid development has been largely attributed to the capital investment in oil, gas, and manufacturing industries.

EACOP construction will result in a 60% increase in foreign direct investment (FDI) for both countries.

Michael Tiffen said that the project will be constructed and operated by a pipeline company with a shareholding of Uganda National Oil Company (15% of shares), Tanzania Petroleum Development Corporation (TPDC with 15% of shares), TotalEnergies (62%), and CNOOC (8%). The two oil companies have already spent over $4 billion on the infrastructure of the pipeline.

Once produced, the crude oil will be partly refined in Uganda for the local market and the rest exported to the international market through EACOP.

The government of Uganda chose the Hoima-Tanzania route over the proposed Uganda-Kenya route as the least expensive and most robust. TotalEnergies was also against the route to Lamu port, arguing that it poses a security threat from the north. The Hoima-Lamu route also passes through ecologically sensitive and fragile ecosystems.